Browse Highland Lakes Vacation for more articles like this. 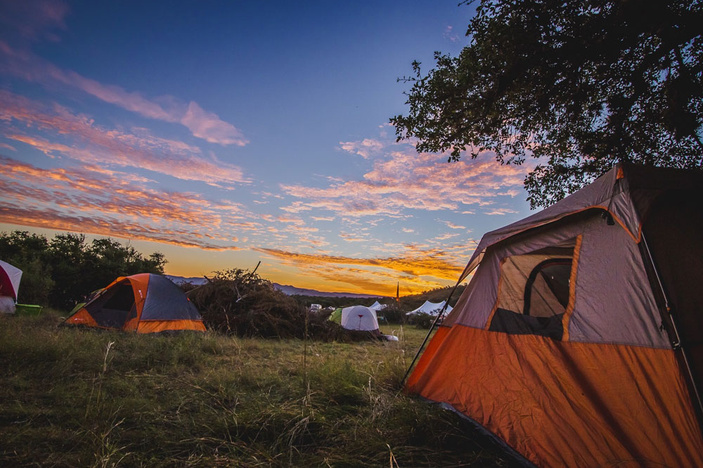 Spend three days camping in the beautiful Texas Hill Country at UTOPiAfest Down in The Oaks in Burnet on Nov. 2-4. Courtesy photo

UPDATED NOV. 4 TO INCLUDE NEW LOCATION AT REVEILLE PEAK RANCH

This November a new festival is being introduced to Burnet. UTOPiAfest will be held at Reveille Peak Ranch where guests are invited to camp for three days of intimate, interactive art and music. The festival runs Friday-Sunday, Nov. 2-4.

Patty Griffin, Lukas Nelson & Promise of the Real, STS9, and Keller Williams headline the show. A wide representation of other bands and genres will play throughout the weekend. Give it a listen: We made this special playlist featuring our favorite songs from artists at the festival. Listen to it on Spotify.

UTOPiAfest is a laid-back event where musicians, crew, and festival-goers roam the grounds freely. Two stages are set up with no overlap scheduling: Guests will never miss a set, and many of the artists play more than once.

This year marks the 10th anniversary of UTOPiAfest, which derives its name from its roots. The festival originated in the small town of Utopia, Texas. Founder Travis Sutherland held the inaugural festival at Four Sisters Ranch, land that has been in his family for more than a century.

“I realized what a great venue we had out there at the ranch,” he said. “I wanted people to experience music and the outdoors. The first year, I invited a few bands, friends, and neighbors out on a Saturday.”

Three hundred people showed up to Sutherland’s party, so he decided to do it again the next year. By the third year, 1,500 people were making the trip out to Utopia. 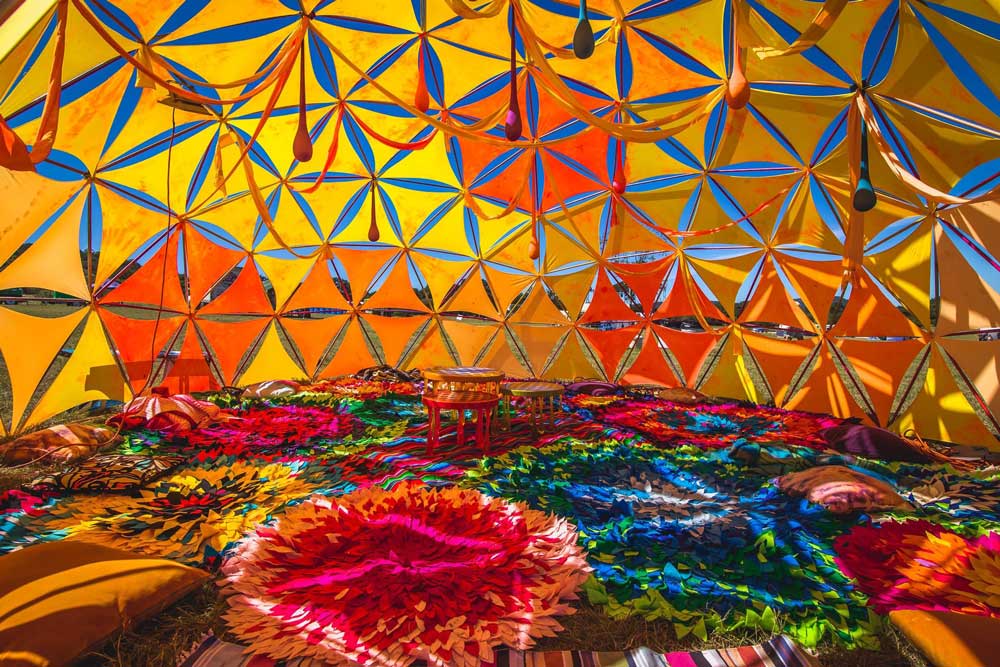 Festival-goers can kick back and relax at interactive art installations spread throughout the festival grounds. Courtesy photo

Sutherland initially planned to have the festival at a ranch just east of Burnet.

“We still wanted to be in the beautiful Hill Country,” he said. “We wanted to grow a little bigger, and it was very difficult being so far from all the vendors. Even Walmart was an hour away. We needed to be closer to resources and to people.”

The festival grounds are located on about Reveille Peak Ranch, a location accustomed to large events that may have up to 20,000 people.

“It’s as much about the experience as it is about the music,” Sutherland said. “It’s a big family campout and hangout with musicians from all over the world.”

Campers have several options from which to choose aside from the general admission tent camping, which is free with a weekend pass.

The family campground is complete with a kids’ camp, a safe environment where children of all ages are free to roam. The kids’ camp features scheduled activities throughout the day, including musical performances, magic shows, arts and crafts, and science experiments. 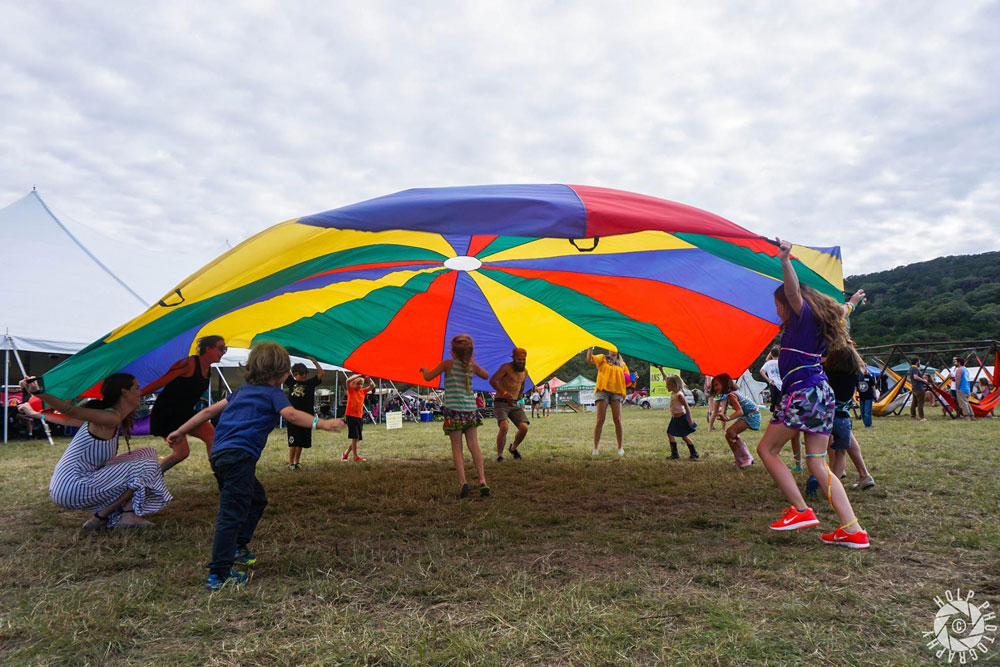 UTOPiAfest puts family first with a kids’ camp, magic shows, arts and crafts, and more fun activities for the little ones. Tickets for kids 12 and younger are just $20 for the entire weekend. Courtesy photo

A VIP campground includes air-conditioned “glamping” tents. Other specialized campgrounds include a quiet campground and, for the first year, a sober campground.

“We’re trying to designate a space for people who desire to experience the festival sober,” he said. “A lot of people choose that lifestyle, and we want to honor that.”

Workshops and activities will be held throughout the festival. Austin’s Black Swan Yoga will host classes. Also included are talks on topics such as health and wellness, healing modalities, sustainability practices, and permaculture. Brewers and winemakers will have presentations about their crafts, and guests can recharge at relaxation and rejuvenation stations or revel in art installations spread across the grounds.

“I couldn’t ever have predicted the connections that come out of Utopia,” Sutherland said. “Lifelong friendships and business relationships have been started at the festival. People have gotten engaged, married. We’ve created this amazing, wholesome community.”

Sutherland’s favorite part of the festival is when the main stages close down.

“Some of the artists play late night. We have acoustic shows, totally unplugged,” he said. “Those are some of the coolest shows I think we have.”

Guests are welcome to bring their own food and beverages for the weekend, but the festival comes equipped with all the provisions. Water fill-up stations keep everyone hydrated. A general store will sell groceries and supplies. A Food Forest and Beer Garden will feature the best food trucks and craft beers brewed in Austin and beyond. 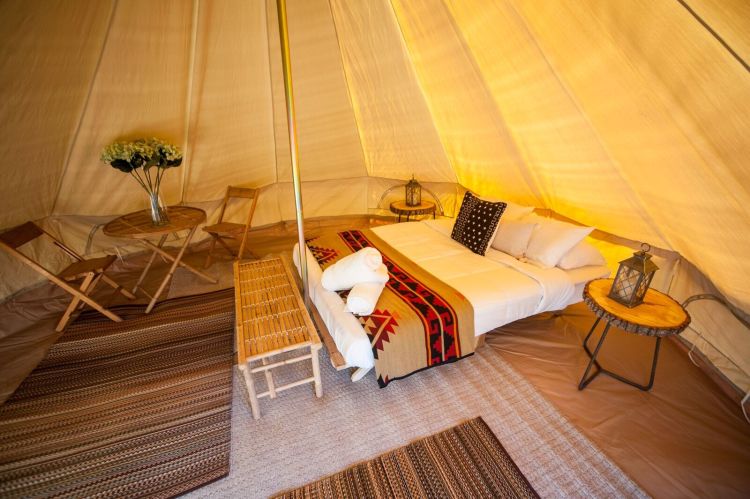 Camp out in style in a luxurious Live Oak Tent Suite, complete with air conditioning and and electricity. Courtesy photo

The gates for the entire property open Thursday at noon for a pre-party with music beginning at 7:30 p.m.

The festival officially starts on Friday and runs until Sunday with the gates opening each day at 9 a.m. and music beginning in the afternoon.

General admission tickets are $109 for a day pass or $215 for a weekend pass. Camping is included with a weekend ticket. Upgrades are available for purchase, including car camping, RV camping, or to have a pre-setup tent site. Tickets for kids ages 12 and younger are just $20 for the entire weekend.

Purchase tickets online, and an RFID wristband will be mailed to your address a month from the festival. A will-call location will be set up off site to pick up wristbands as well. Visit utopiafest.com for more information.

Find more articles like this in Highland Lakes Vacation

101 Fun Things to do in the Highland Lakes!