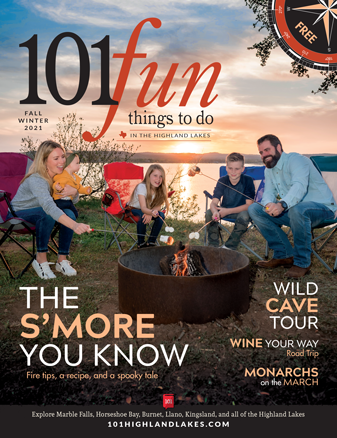 Browse The City of Burnet for more articles like this.

View a Wild West Shootout with the Burnet Gunfighters 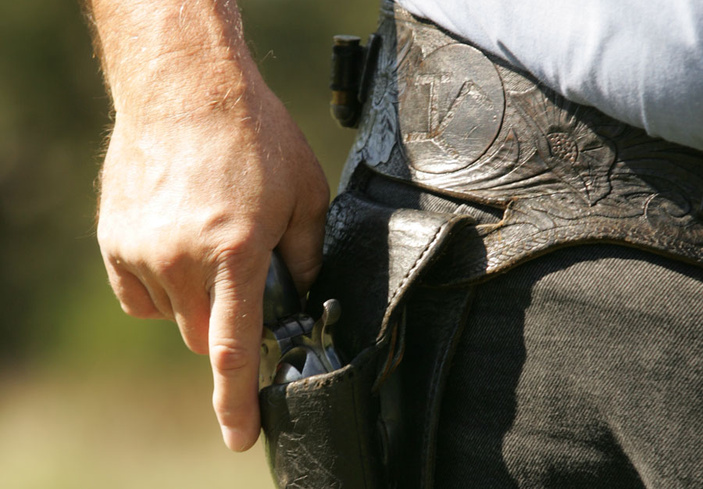 Tex Copsetta and the Burnet Gunfighters have been putting on Wild West shootouts since 1999. The family-friendly show entertains with a shootout, teaches gun safety, and includes audience participation. Catch a show in downtown Burnet from September through June. File photo

View a Wild West Shootout with the Burnet Gunfighters

The City of Burnet

Step off the steam train in Burnet, and you’re liable to run into a rough crowd.

Luckily, for passengers, “Sheriff” Tex Copsetta has been patrolling these parts since way back in the last century (1999) as the Burnet Gunfighters protect these here streets.

The show is performed by donation, and Copsetta said all are welcome. The only advice before attending a show might be checking the weather. Thunderstorms or extreme cold or heat will lead to a cancellation. Call (512) 756-1872 the day of a show for up-to-date information.

“I do love doing this,” Copsetta said. “The next gunfight for me is as exciting as the first one. I love doing it. I love giving back to the community. I love bringing a smile to people’s faces.”

The nonprofit organization performs the show with the help of regular volunteers to raise money for local causes. Each month’s proceeds go to organizations such as Burnet County Santa’s Helpers, Caiden’s Hope, TRIAD of Burnet County, Meals on Wheels, and Hill Country Area Crime Stoppers.

Hosting about 45 shootouts a year keeps Tex and his fellow gunfighters busy. Performances are at 1:30 p.m. Saturdays during the 10-month season.

Besides Sheriff Copsetta, the show features a cast of Wild West characters, including deputies, bartenders, dancing girls, and spectators, who are often enlisted to fill some of the parts. It’s one of the show’s most popular attractions.

“We have a volunteer saloon girl program called ‘choose-a-flooze,’” Copsetta said. “It’s interesting because we’ve had women from all over the world.”

Girls or women ages 14 to 108 are invited to become saloon girls for a brief time. Minors must have parent or guardian approval.

Copsetta said women from all 50 states and numerous countries have participated in the show throughout the years. One of the most memorable guest stars jumped at the chance to play the saloon girl role because of her love of the old TV series “Gunsmoke.”

“She said it was like a dream come true,” Copsetta said. “Something she’d wanted to do for 30 years or so.”

The show has some fun with its shootout and audience participation. Safety, however, also plays a part. The Burnet Gunfighters use blanks in their pistols, but they still highlight the dangers of what blank rounds can do.

Copsetta’s past career as a police officer is why an emphasis on safety is so important to him.

To demonstrate the dangers of a blank round, one of the gunfighters wakes up the audience by shooting a metal can with a blank. The can flies backward from the blast and splits into multiple pieces. A volunteer shows the destroyed can to the audience to further drive home the point.

“We know kids aren’t paying attention until they see the can get shot,” Copsetta said. “We want kids to know guns are dangerous.”

Unfortunately, in Copsetta’s nearly 20 years of putting on the show, guns have taken on more negative attention.

“If we can just reach a couple of them then that’s a couple more than we had the day before,” Copsetta said of gun safety lessons from the show. “When we shoot that can, kids are pretty wide-eyed; it leaves an impression on them.”

After the fun, Copsetta talks to the audience and will deputize the kids to “have them on the good side of the law.”

The 2018 season includes June because the Hill Country Flyer extended its schedule to that month. The Burnet Gunfighters perform from Sept. 1 through Nov. 10 with a break Sept. 29. After the break from the middle of November through December, the show resumes in January through the last Saturday in June, weather permitting.

Find more articles like this in The City of Burnet

Featured The City of Burnet Articles

Shop, dine, and drink in Burnet 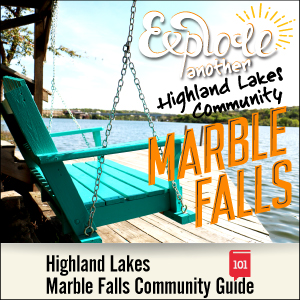