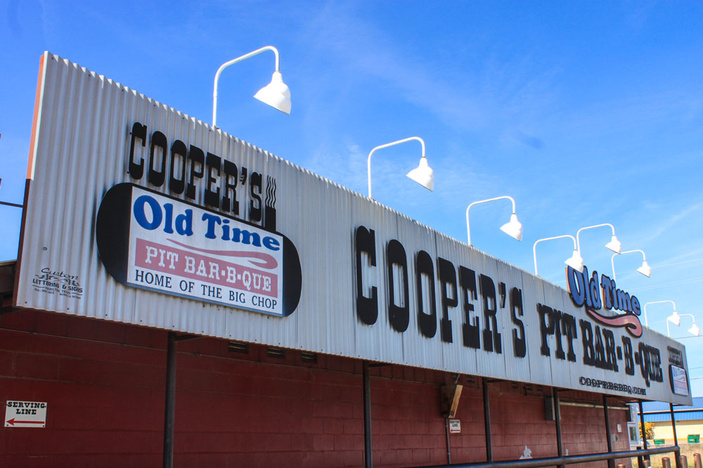 Cooper’s Old Time Pit Bar-B-Que in Llano is a popular stop in the Highland Lakes. Staff photo by JoAnna Kopp

“Boys, this is all for y’all,” Bush said with pride at an event catered by Cooper’s at his Crawford Ranch shortly after he was elected president in 2000. “We’re fixin’ to eat Cooper’s barbecue from Llano, Texas.”

Cooper’s Old Time Pit Bar-B-Que opened in Llano in 1964. Since then, it has expanded to three more locations: one each in New Braunfels, Austin, and the Fort Worth Stockyards.

Cooper’s takes its meat seriously with pit masters showing up before sunrise to fire up the grills, smokers, and ovens. The juicy brisket, for example, begins its four-hour smoke at 4 a.m. each morning over mesquite charcoal.

“Usually, when people come up here, their eyes are always bigger than their stomach,” said Billy Newman, a pit master at Cooper’s. “It’s hard because they’re like, ‘Ah, I want that and that, and that and that,’ and they’ll just keep adding on. It’s actually the cheapest place in town to eat if you know what you’re doing.” 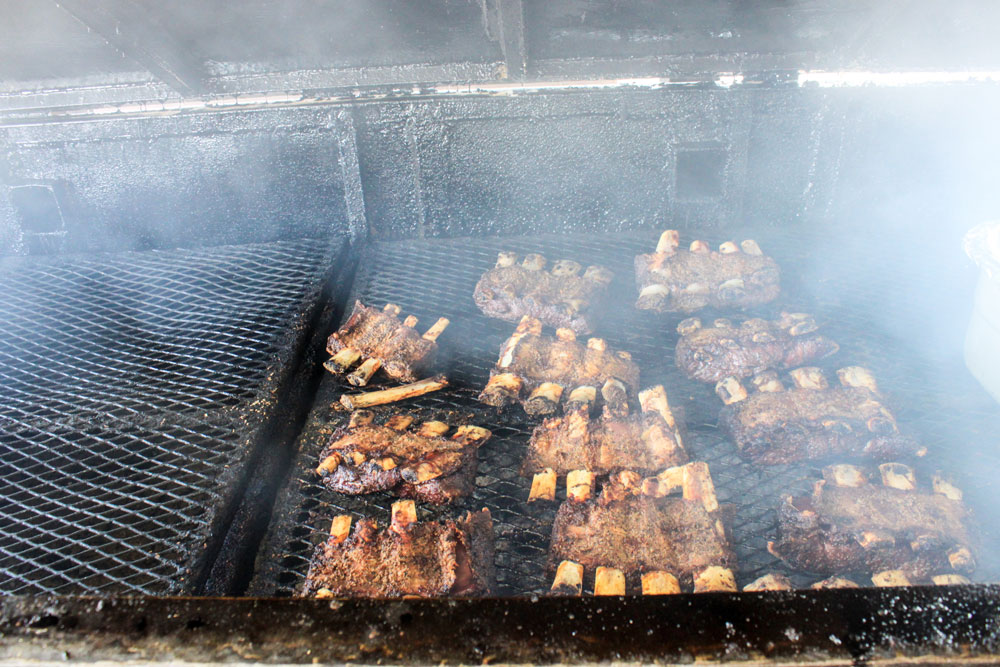 His tips on getting the perfect amount?

“Always ask for about a quarter-pound, see how much that is, and think about how much you’re gonna eat,” he said. “Also, (decide) what else you’re gonna want because there’s sides inside and complimentary stuff as well.”

The menu at Cooper’s includes its famous 2-inch-thick pork chop (the “Big Chop”), beef and pork ribs, brisket, chicken, turkey, and sausage. Grab a side of beans, coleslaw, corn on the cob, potato salad, or a whole baked potato. Finish it off with a mighty fine desert: Their cobbler is to die for. Choose from apple, blackberry, peach, or pecan.

Cooper’s website features a large catering menu with a choice of their signature meats, sides, and desserts. You can order online and have combination boxes, barbecue sauce and seasonings, and other products delivered right to your door.

Tea time in the Highland Lakes