Enjoy a slice of pizza with a craft beer at Double Horn Brewing Co. 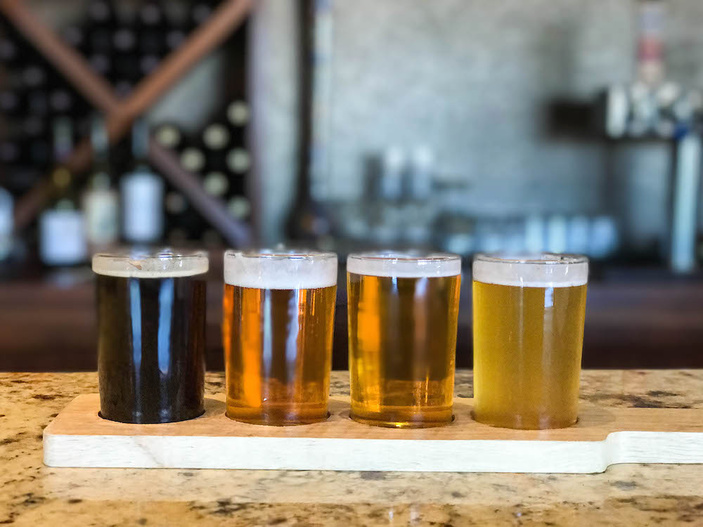 Enjoy a slice of pizza with a craft beer at Double Horn Brewing Co.

Double Horn Brewing Co. was founded on the lore of the Highland Lakes. It was named after an incident in 1855 when two deer locked antlers over what would become Double Horn Creek.

Josh Alexander, who took over ownership of the brewpub last fall, finds an inherent magic in the Texas Hill Country that translates into the beer.

“When I had the the opportunity to try their beer, I had the confidence they were doing something special,” he said. “You can still sense that today in how the beer is made and the care and the thought that goes into making every barrel.” 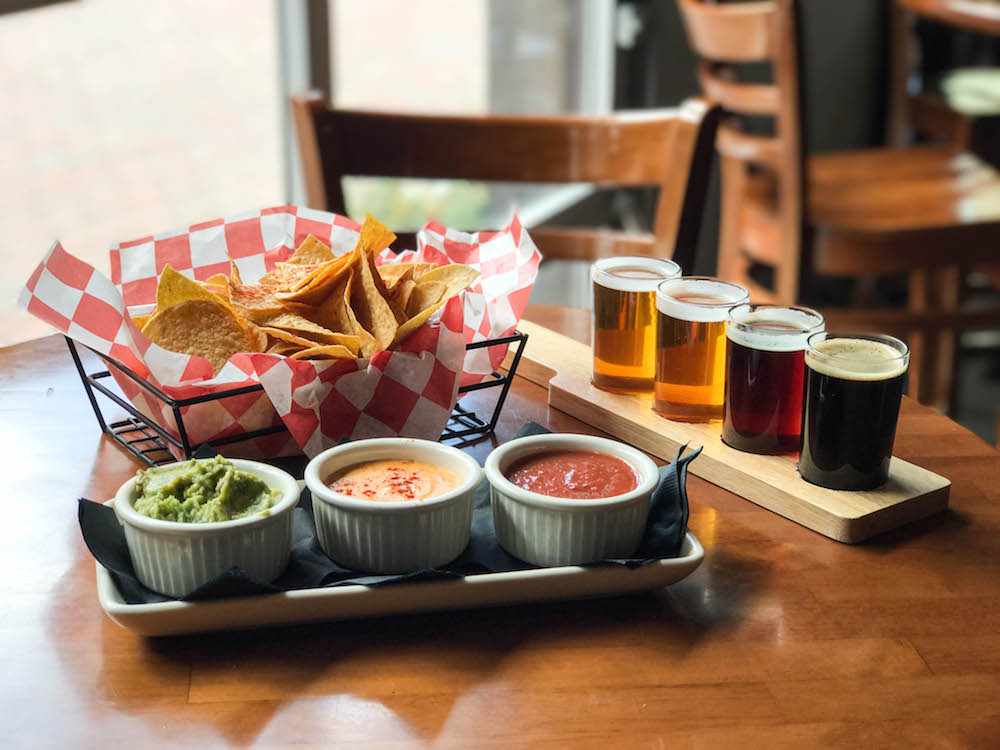 Alexander has a Master of Business Administration in finance and strategy. He has been a professor at the University of Texas at Austin since 2012, hosting lectures about financial derivatives and venture capital.

“I like math, I like solving problems, and business is a relatively logical application of math,” he said. “I see well-run businesses as solutions to problems. I’ve always loved beer, and, quite honestly, who wouldn’t want to own a brewery?”

The legislation surrounding beer laws recently changed so brewpubs are able to self-distribute — meaning Double Horn is able to reach a lot farther. Its beers have been introduced and put on tap at some of the most notable craft beer bars in Austin and the surrounding area. 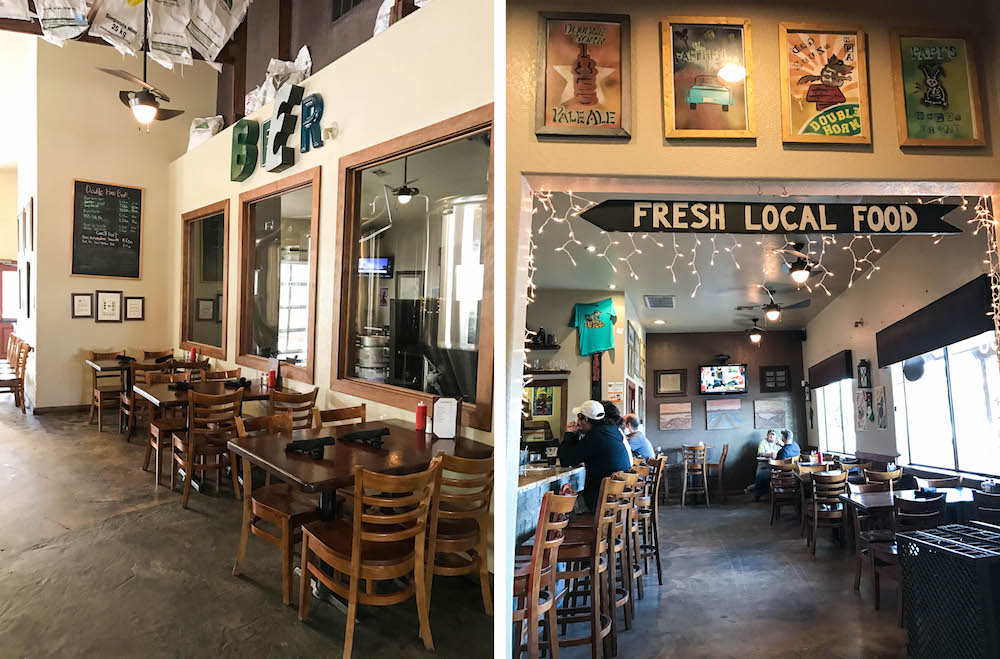 Sit at the bar or dine next to the tanks at Double Horn Brewing Co. Staff photo by JoAnna Kopp

“One of the things that is very important to me is to be able to share this wonderful thing to people outside of Marble Falls,” Alexander said.

Craft beer bars in Austin take their beer seriously. The establishments that are selling Double Horn brews are true beer aficionados. Alexander looks forward to Double Horn’s beer being judged against the best craft beers out there and knows it will be successful.

“Our beer takes on this heritage of the Hill Country. That natural magic is evident when you take a sip, no matter where you are,” he said.

Back home, though, “We just want to continue to make great food and great beer,” Alexander said. 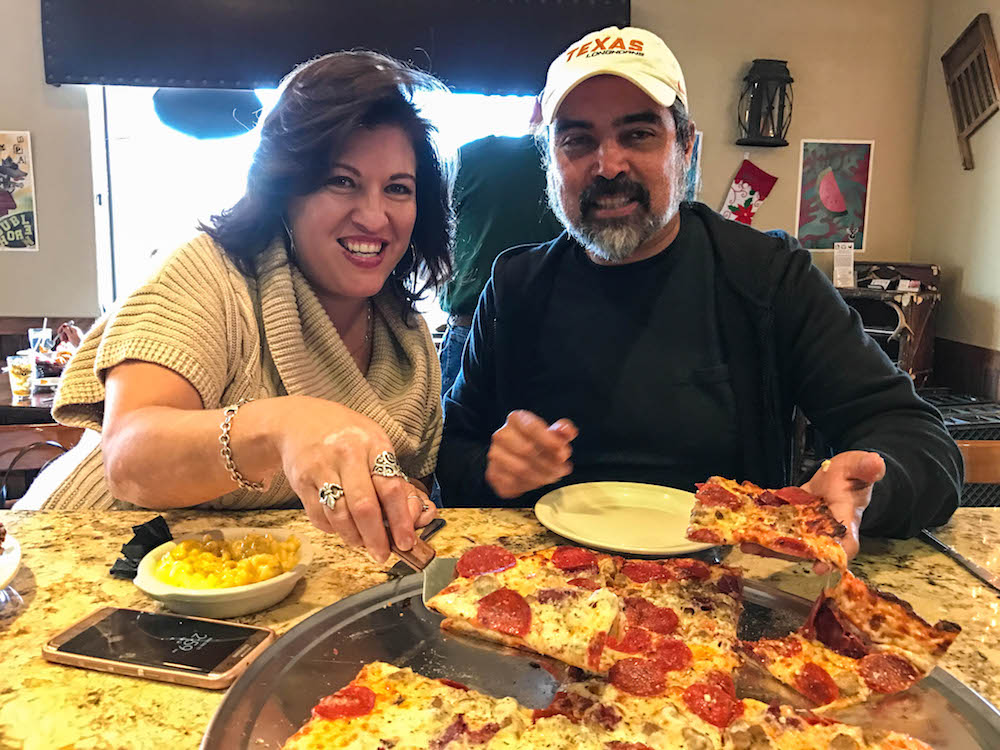 Try a flight of beer at Double Horn Brewing Co. and order a pizza, fresh out of its new pizza oven. The menu will be expanding throughout 2017, and takeaway and catering options will become available as well.

Consider trying a guest beer that Double Horn has on rotation as well. All profits for guest beers (and wine!) go toward the Double Horn Foundation. The foundation chooses causes important to the local community, such as the Highland Lakes SPCA.

The guest beers on rotation maintain other local brewers, including Save the World Brewing Co. and Real Ale Brewing Co.

“We want to foster a sense of community to be friendly neighbors, to be a place for locals to discover other world-class craft brewers other than ourselves,” Alexander explained.