Dove hunting in the Highland Lakes 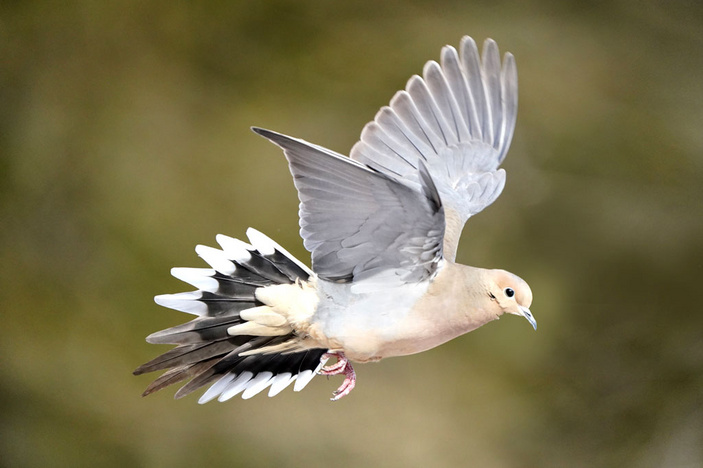 The mourning dove is a popular game bird for hunters in Texas. Dove hunting season opens each year in September in the Highland Lakes. iStock image

Dove hunting in the Highland Lakes

Fall in Central Texas begins not so much with a drop in temperatures but with the sound of shotguns at sunrise echoing through the hills as the first of the autumn hunting seasons starts. Dove season opens Sept. 1 in the Highland Lakes, when the birds' mating season comes to an end and those feathered friends that migrate are making their way through Texas on their way south. Because of its temperate climate, the Lone Star State has a large native population of doves and even more migrating through. Of the 400 million mourning doves that live in North America, 160 million roost in Texas full time. Mourning doves are just one of seven species native to Texas, three of which can be hunted legally.

And while the rolling plains of South Texas are generally considered dove hunting heaven, the Highland Lakes has just as much to offer, even if it’s not that well known in the sport.

That can be an advantage, according to Llano County Game Warden Keegan Gould.

“Since this area doesn't have as much hunting pressure, the birds aren't as weary,” Gould said. “There are less people. You’re not lined up with a bunch of other hunters shooting at the same birds.” 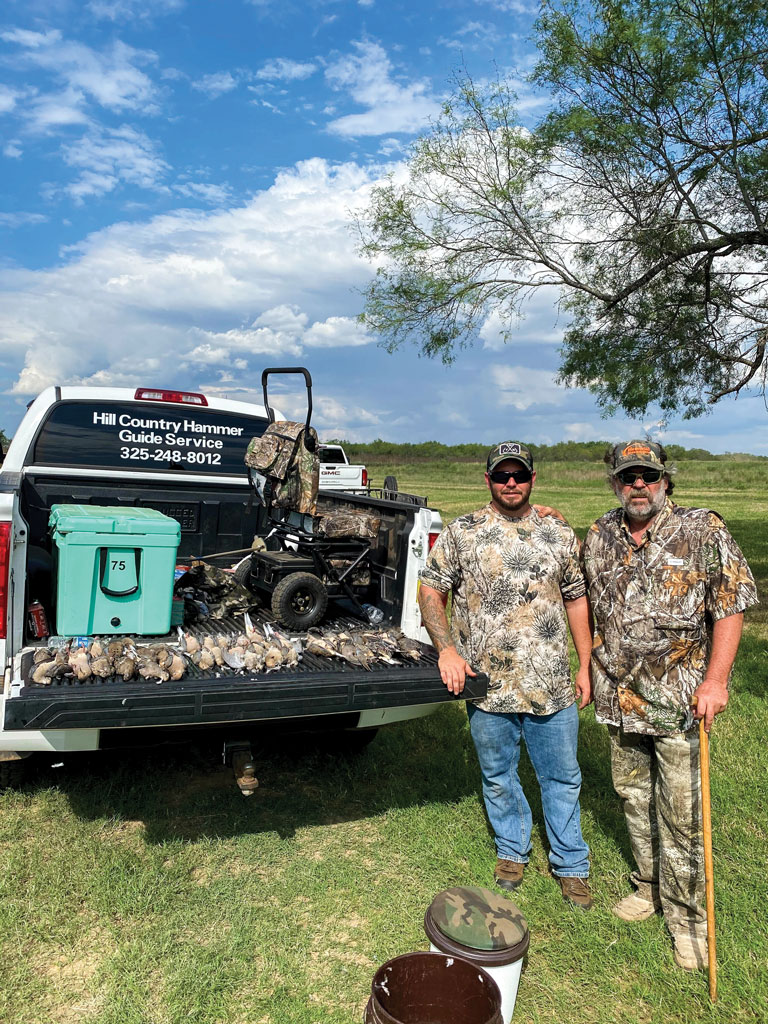 Jerad Pool (left), founder of Hill Country Hammer Guides and Outfitters, and Alan Barrington, CEO of Hill Country Hammer, pose in front of one of their work trucks at their Kingsland headquarters. Pool and Barrington offer guidance on the dove hunting opportunities available in the Highland Lakes. Staff photo by Dakota Morrissiey

The owners of Hill Country Hammer Guides and Outfitters in Kingsland agree that, though often overlooked, the Highland Lakes is a prime location for dove hunting.

Barrington was born and raised in the Hill Country and graduated from Blanco High School. After spending years in corporate America working in the technology and real estate markets, he and his family returned to the Highland Lakes and their roots.

The other half of Hill Country Hammer, Jerad Pool, is also a longtime local hunter and angler.

“If it touches water or grazes, we have our hands in it,” Pool said.

He moved to the area from Lubbock and made a name for himself as a fishing guide. Soon, he began offering opportunities for everything from trophy bass fishing to exotic game hunts.

Pool and Barrington teamed up and took on the challenge of making outdoor sporting dreams happen in the Central Texas, including for dove hunters.

“We don’t have a lot of the fields and farmland that dove are going for, but we’ve got rivers, and they’re going for water, too,” Pool said.

A traditional dove hunt usually centers around posting up in a field of sunflowers, millet, corn, or some other grain and waiting for the birds to fly out for the morning or in for the evening. Doves spend the night in a roost and forage during the day, often pecking around agricultural grain fields. What the Highland Lakes lacks in these fields, it makes up for in lakes and rivers, which are home to a large dove population and also attract migrating birds.

“It makes for pretty dang good dove hunting,” Barrington said. “I think some of the best hunting I’ve been in is in the Central Zone.”

Texas is split into three different zones for dove hunting: North, Central, and South. Each zone has slightly different rules and regulations and different dove hunting opportunities. Their seasons also start and end at different times. The Highland Lakes is in the Central Zone.

For where to hunt, people have two options: public and private lands. The rivers also play an important part in that aspect.

Public land hunting includes walking riverbeds, including the Llano River, or taking advantage of the early season at Balcones Canyonlands National Wildlife Refuge. The refuge has some of the most beautiful and rugged terrain in the Hill Country. Old-growth ash junipers and limestone hills overlook a field of sunflowers planted specifically for dove hunting on a 279-acre portion.

Legally, the water and land within the banks of a navigable river are public land, and, as such, they can be hunted as long as hunters stick to the rules.

“I really caution people on hunting the riverbed,” Gould said.

He warned of numerous rules and regulations involved. It isn’t impossible, but hunters have to be extra careful. Gould suggests contacting a guide service or the local game warden before embarking on a riverbed hunt.

As for private land, less of it is being made available for dove hunting.

“It's so hard now in the state of Texas to find private landowners that will let you hunt,” Pool said. “They get their doors knocked on and letters sent to them like you can’t imagine.”

“The first thing I think of is the camaraderie with your buddies out there,” Pool said. “Growing up doing it, that's something you look forward to.”

Dove hunting differs from deer hunting in that it is more social. A deer hunt requires stealth and quiet. A dove hunt can be closer to a hangout, just waiting for the birds to fly in with your friends while you sip coffee in the morning or a beer in the evening.

“For me, it's a rite of passage,” Barrington said. “That was the first hunting that I got to do as a kid with my dad.”

Doves are typically a child's first introduction to hunting. Both Pool and Barrington went on their first dove hunts at 4 years old, and they’re passing that on to their children.

“It teaches them to handle adversity, handle the hot, the outdoors, the stickers, the bugs, all the negatives,” Barrington said. “Even if they’re not successful, they have fun just hanging out.”