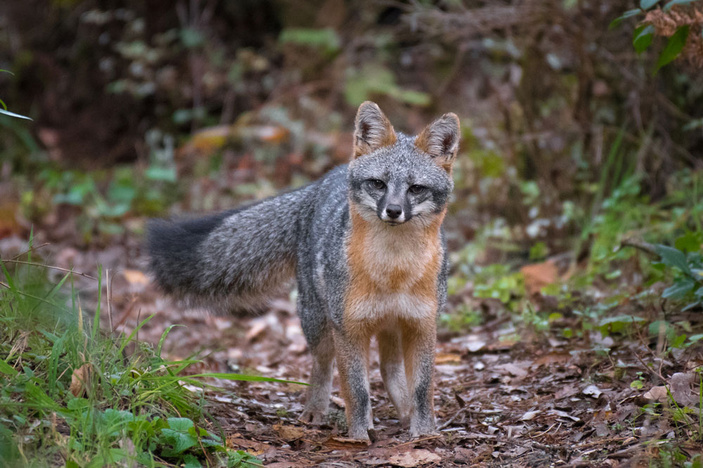 The gray fox (or grey fox) is native to the Highland Lakes of Texas. iStock image

Native to the Highland Lakes, the gray fox is a member of the dog family (canidae) but has more in common with cats: They climb trees, have elliptical pupils for night vision, cat-like feet with retractable front claws, a long tail for balance, and long sensitive whiskers. Gray and red are the only two types of foxes found in the Texas Hill Country, but reds were introduced to the area by early pioneers from 1890-1895 for sport and the training of foxhounds.

DIFFERENT THAN A RED FOX

Gray foxes (Urocyon cinereoargenteus) have a salt-and-pepper coat with a reddish-brown underbelly and legs and a black stripe along the tail, which has a black tip. They have shorter legs than the red fox, and their fur is not as fluffy, giving them a smaller appearance. They are roughly the size of a medium dog.

Opportunistic feeders, gray foxes will eat just about anything: eggs of all kinds, plants, fruits, insects, small rodents, rabbits, birds, and even decaying carcasses and trash. They store extra food for leaner times by burying it. Foxes do not chew their food; they swallow it whole or tear off small pieces.

WHAT THE FOX SAYS

A fox can make 20-40 sounds. They are vocal animals that use sounds to find each other and alert other foxes, usually kits, to impending danger. They bark, gekker, mew, and scream. Gekkering is a guttural chattering interspersed with yelps. 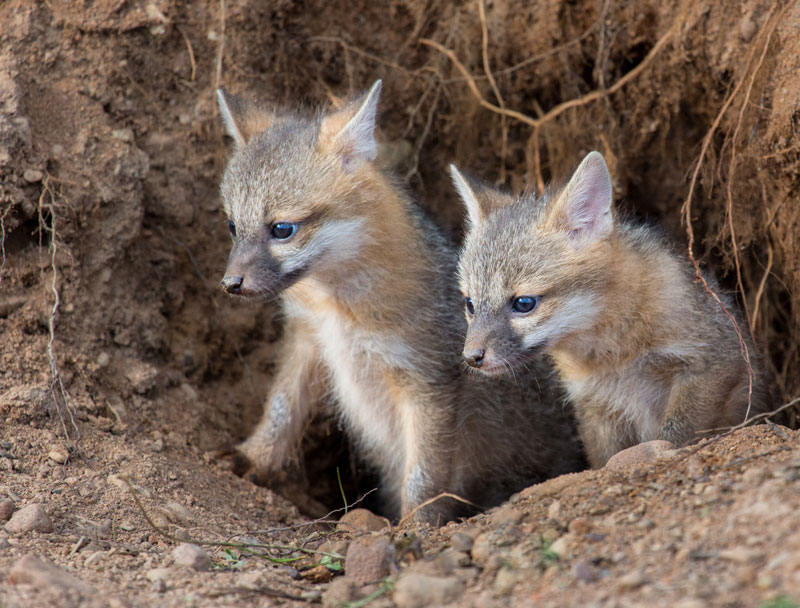 Gray foxes are believed to be monogamous. Breeding season in Texas occurs near the beginning of the year when the weather is chilly. Vixens come into heat once a year for about three days, producing only one litter of about four kits. Once a pair has mated, they find a den and stay together until the kits reach adulthood at around 10 months. The parents reunite in a few months and do it all over again.