Highland Lakes Hosts a Parade of Festivals From Spring Through Summer 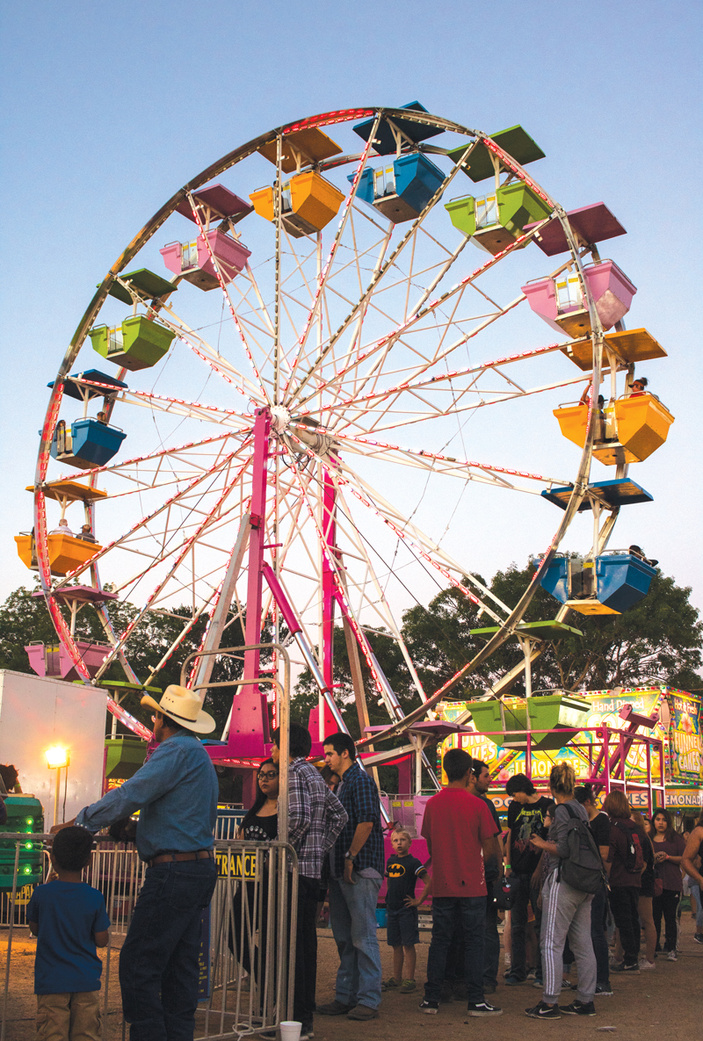 Highland Lakes Hosts a Parade of Festivals From Spring Through Summer

Living among the scenic hills and lakes isn’t enough for people in the Highland Lakes.

Folks around here aren’t content with views worthy of an entire rack of souvenir postcards. No, locals take every opportunity to celebrate with a huge festival.

Festival season in the Highland Lakes begins Spring Break weekend in March and lasts well into the fall. During that busy time, you might accidentally wander into a festival just trying to get lunch.

From established festivals such as Burnet’s Bluebonnet Festival to newer ones gaining traction, nearly every weekend from March through September is filled with an event that draws thousands to the Highland Lakes.

In a city with 200 hotel rooms, an established event such as the Llano Crawfish Open, which brings in 10,000-15,000 people, means rooms well outside the city fill up quickly.

Because of that overflow, it’s common to find people in Marble Falls for an event taking place in Llano, or vice versa.

Along with the 101 Fun Things to do in the Highland Lakes magazine and 101HighlandLakes.com, local visitors centers and chambers of commerce are great resources for visitors in the area for a big festival. 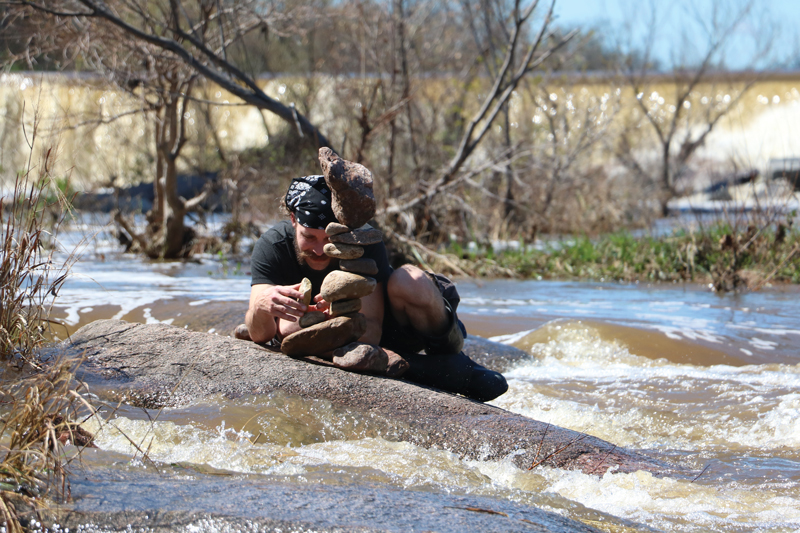 The Llano Earth Art Festival is held in March on the banks of the Llano River. Staff photo

Festival season opens with the Llano Earth Art Fest at Grenwelge Park on the banks of the Llano River, which attracts thousands of new faces each year to the city of Llano. Historically, the town is known for country music and hosts the popular Llano Fiddle Fest in April. 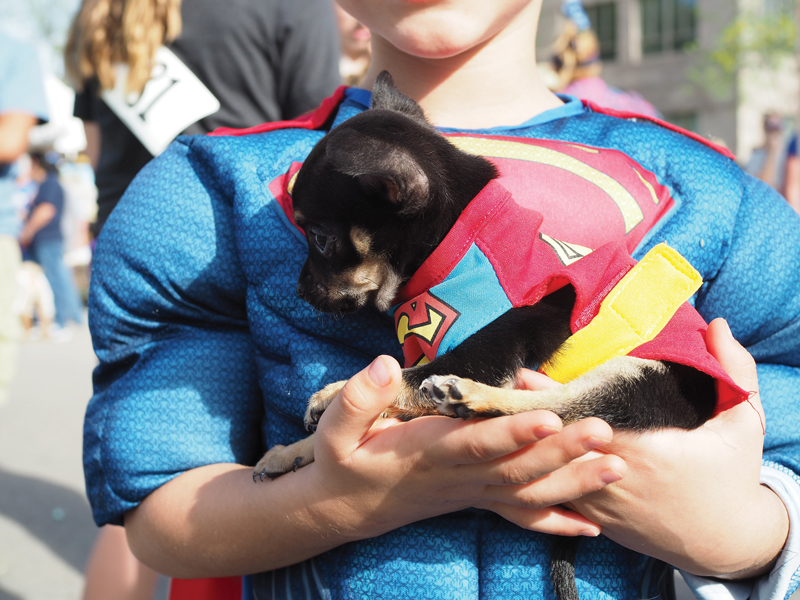 The Burnet Bluebonnet Festival is held in April and features the always-popular pet parade. Staff photo by Daniel Clifton

From one celebration of nature to another: The Burnet Bluebonnet Festival takes advantage of one of the biggest annual attractions in the Highland Lakes as wildflowers explode in fields and along roadsides from late February through May. Every April, the Bluebonnet Festival is the epicenter of it all.

This is when the festival season is ramping up. No breaks can be found in the schedule.

The Llano Crawfish Open follows the Bluebonnet Festival in April. In Marble Falls, Paint the Town attracts artists and art lovers in late April to early May.

Marble Falls also hosts the Howdy-Roo chili cook-off and MayFest on back-to-back weekends in May. 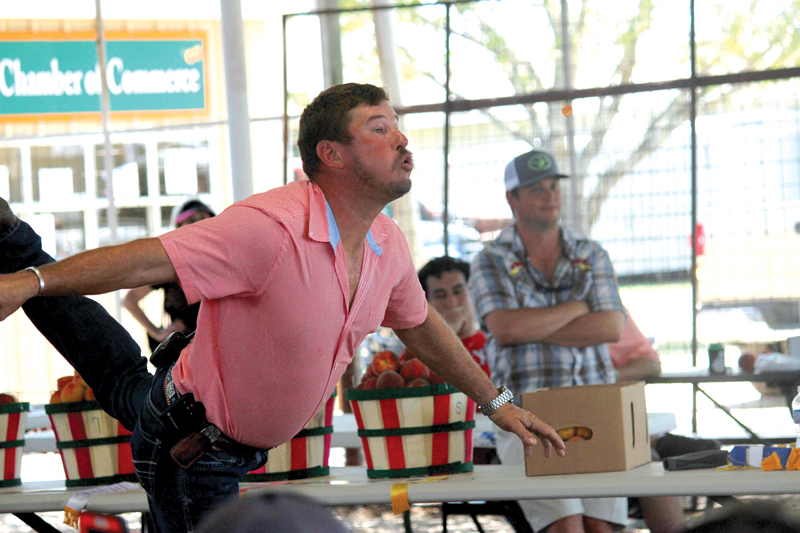 The Stonewall Peach JAMboree is in June. How far can you spit a peach pit? Photo by Erika Sopel

Then, there’s June — the most popular festival month.

The Blanco Lavender Festival kicks things off in early June. As the name suggests, you can purchase all things lavender during the event, including skin-care products, art, and food. You can even visit several lavender farms in the area to pick your own bundles of the fragrant flower.

The Stonewall Peach Jamboree is, of course, a celebration of peaches. People compete in every peach category you can think of: peach pit spitting, peach eating, peach pastry baking. The rodeo and dance attract thousands to see great competition in the arena and a big name on stage.

Competition on wheels is motorized in Johnson City at the Antique Engine and Tractor Pull. Step back in time for this event because it’s only for tractors built before 1965.

June ends with a Food Truck Festival in Luckenbach with dozens of trailers serving unique dishes as well as area breweries and wineries pouring their creations. 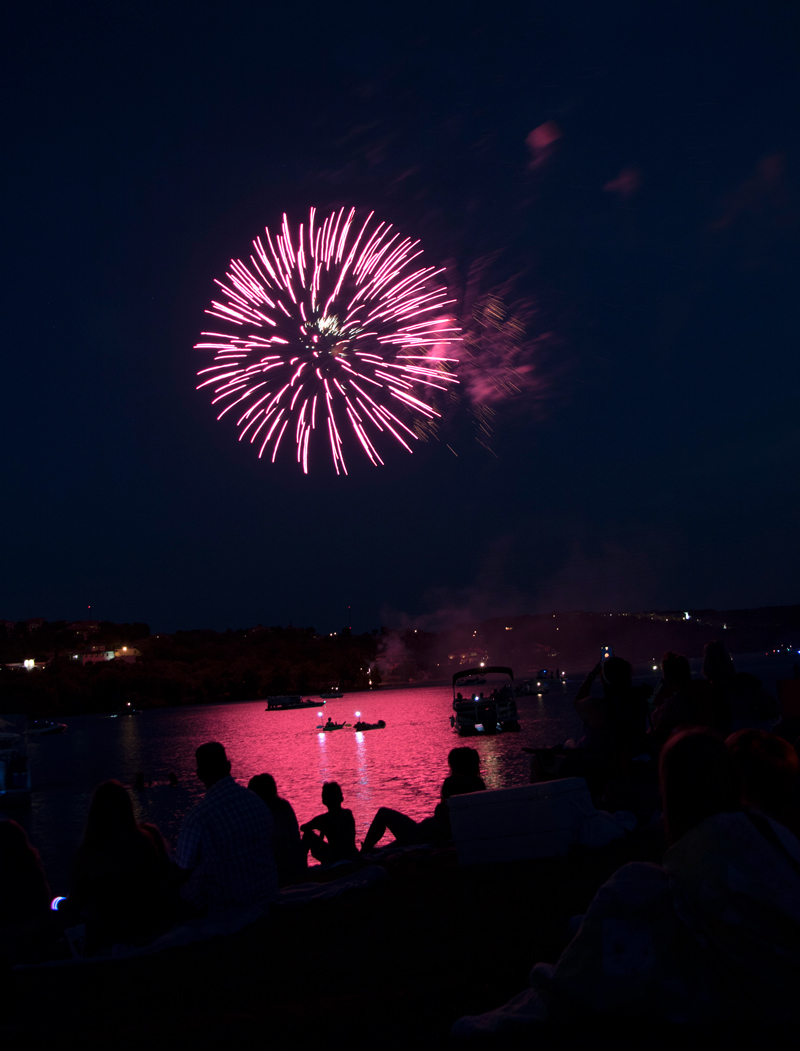 Perhaps the busiest time all year is around Fourth of July. The Llano Fireworks Show, Aqua Boom in Kingsland, and the Marble Falls Community Fireworks are all huge events that culminate with spectacular fireworks displays over water.

In Kingsland, Aqua Boom puts on a parade, live music, a car show, a golf tournament, cook-offs, and more for multiple days around Independence Day.

Even in the summer, when temperatures consistently reach the century mark, the Highland Lakes is full of people cooling off at one of the lakes.

And the festival season keeps growing.

Head to Lampasas for its Spring Ho celebration in July. It’s not in honor of the season; rather, it’s for the natural springs in Lampasas that made the city a destination for people seeking to swim in its pools, including Hancock Springs. With so many activities in the middle of July, you’ll need to visit the pool at least once a day while you’re here to recuperate. 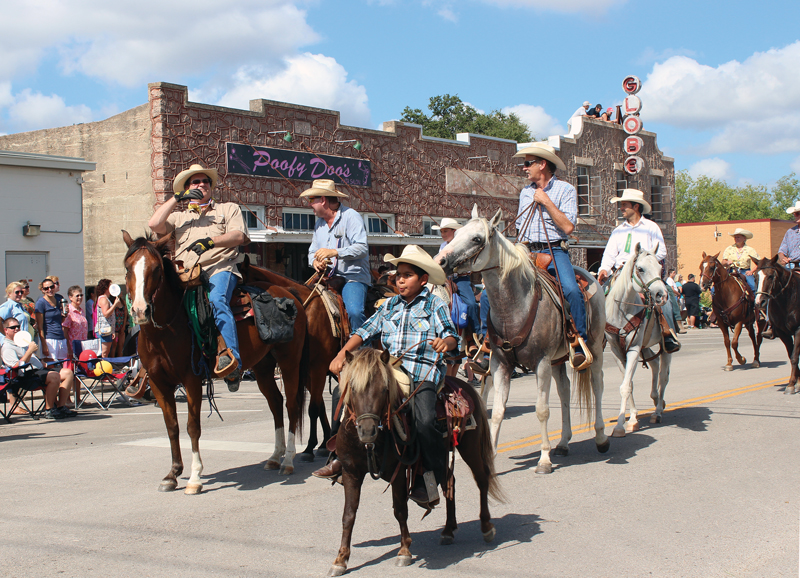 The Oatmeal Festival is Labor Day weekend in Bertram and Oatmeal. Staff photo by Stacee Hopkins

Late summer festivals don’t slow down just because school is resuming. Celebrate Labor Day weekend with an underappreciated breakfast staple: oatmeal. The Oatmeal Festival in Bertram and the nearby town of Oatmeal celebrate this ancient grain with a parade, food and craft vendors, games, music, cook-offs, a 5K run, and much silliness.

Close out the summer with the Bluebonnet Airsho in Burnet in September. It puts on a display like no other at Kate Craddock Field. World War II-era planes and small, aerobatic craft perform overhead. While on land, visitors can get an up-close look at the planes.

Cities in the Highland Lakes have events throughout the year. Established festivals aren’t going away, and newer ones such as the Llano Earth Art Festival are only going to continue to gain fame.

MUSEOBENINI: World-class gallery by appointment only