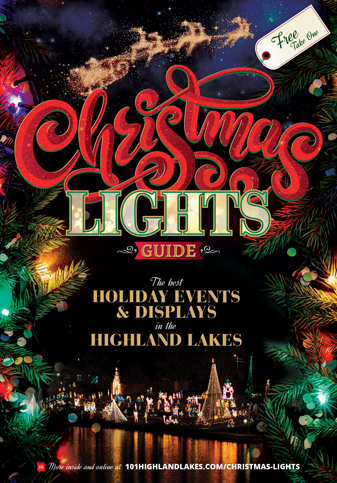 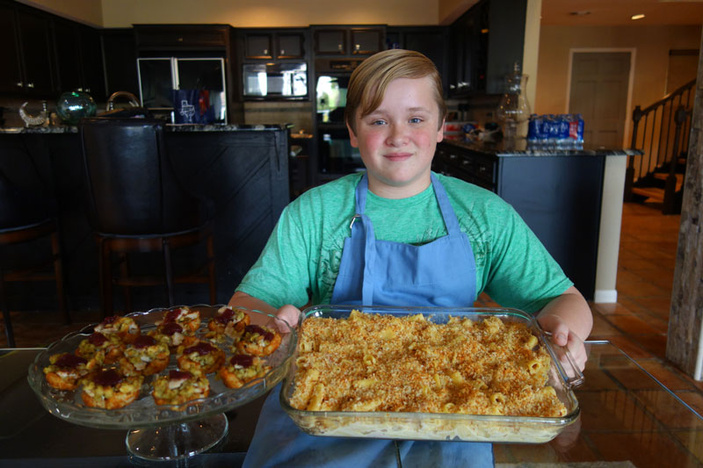 Tate Johnson, 14, with his super-delicious tater tot cups and caramelized onion turkey mac and cheese, two recipes he created as tasty ways to use leftover turkey and trimmings. Staff photo by Suzanne Freeman

Tate Johnson prefers to whip up cakes and cookies, but when asked by The Picayune Magazine to develop a recipe for leftover Thanksgiving and Christmas turkey, he happily complied with two delicious and different dishes. Bonus points go for making them so kid-friendly.

“This is my first time for holiday leftovers,” said the 14-year-old from Horseshoe Bay. “I haven’t made anything like this before.”

Tate’s dream is to one day attend culinary school in a far away country to learn the secrets of its exotic dishes.

“I want it to be somewhere I can learn different types of foods,” he said. “Then, I want to bring the recipes back here and open a restaurant and bakery.”

His ultimate goal is to make good food that results in big smiles.

“Food makes people happy,” he said. “It makes me happy. I love the taste, the colors, the texture. It’s fun.”

Cooking lessons begin early in the Johnson family. As a pre-schooler, Tate often pulled up a chair to the kitchen counter when his mother, Mara, was cooking. She taught him to measure, mix, and chop, a habit carried over from her own childhood.

“I have three sons,” she said. “I thought it was important to teach them because I didn’t want to send them out into the world without knowing how to take care of themselves.”

Tate has already started his culinary education. He attends a cooking camp in Austin twice a week, and if these two recipes are any indication, he is on his way to a successful career of making people happy with his kitchen creations. This reporter can certainly attest to the fact that these two dishes were extremely delicious and soon will be in production in her own home kitchen.

Place 3 tater tots in each muffin space in a muffin tin. Cook according to package directions.

Use leftover stuffing (or prepare favorite stuffing) and mix ½ pound to 1 pound of shredded turkey into stuffing.

Remove tater tots from oven. Lightly smash together each tater tot compartment with the back of a spoon or small cup, forming a bowl shape. Fill with stuffing mixture.

Top with a dap of cranberry sauce.

Melt 1-2 tablespoons of butter in pan, add onions and sauté until caramelized and golden brown.

Spray 9x13-inch pan with nonstick cooking spray and set aside.

Boil salted water and cook pasta according to package directions. Drain pasta and rinse lightly with cool water. Keep in strainer and use same large pot to make roux.

Remove pot from heat and fold noodles and turkey into cheese sauce. Pour mixture into pan and spread out evenly. Set aside.

Sprinkle breadcrumbs on top of mac and cheese.

Place into oven for 10 minutes or until golden brown.

Put the Highland Lakes under your Christmas tree

A Christmas Story: Cookies the spirit of holidays past

How to take photos at Christmas lights displays

By the Numbers: Walkway of Lights
More Christmas Lights
Advertisement