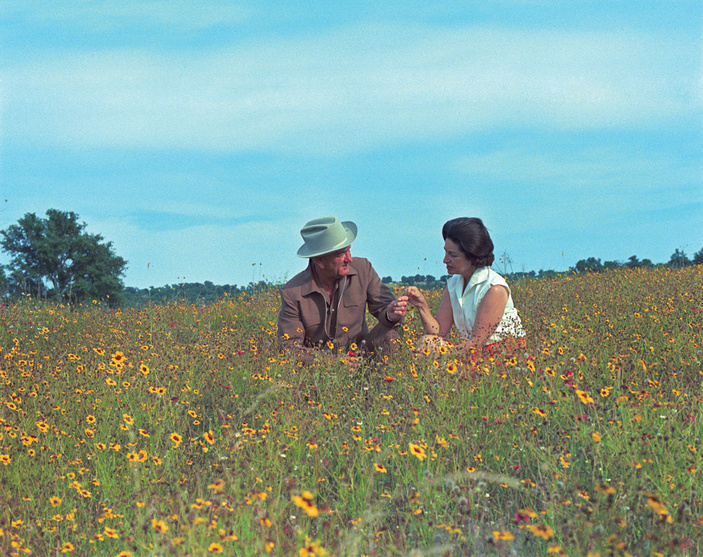 Walk in the footsteps of the 36th president of the United States at Lyndon B. Johnson National Historical Park and Lyndon B. Johnson State Park and Historic Site — a journey that only takes a day and paints a complex portrait of an equally complex man who blazed a permanent trail through history.

The parks are gifts from Johnson, a Hill Country native who left office with some of the lowest public approval marks of any president in history. With the donation of his homestead to the national park system, people came to know and understand the president who passed the Civil Rights Act of 1964 and the Voting Rights Act of 1965 but escalated the increasingly unpopular Vietnam War.

A congressman-turned senator-turned vice president, Johnson became president after the assassination of John F. Kennedy in 1963. He was elected in his own right in 1964. Four years later, he decided not to seek the Democratic nomination for president as anti-war protests heated up and divided the country. He died of a heart attack on January 22, 1973, at his Johnson City ranch.

The two parks in three locations map out Johnson’s life from childhood through presidency. Brian Vickers, a ranger at the national park, which has sites in Johnson City and Stonewall, recommends visitors begin their tour at the Johnson Settlement in Johnson City. That’s where LBJ’s grandfather Samuel Ealy Johnson Sr. and great-uncle Jesse Thomas Johnson set up headquarters for their large cattle driving operation.

A hardworking man with a big vision, Samuel was instrumental in the future president’s upbringing, Vickers said. Young Johnson grew up to be as driven as his grandfather, signing more than 1,000 bills into law in his five years as president.

“The only other president to do that was (Franklin Delano Roosevelt Sr.), and he had 12-plus years to do it,” Vickers pointed out. “That can tell you a lot about the man.” 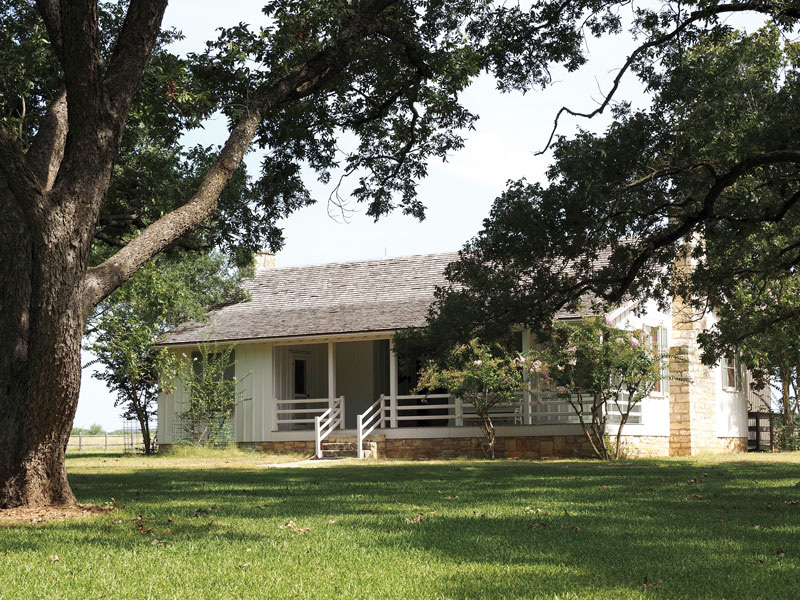 At the settlement, visitors will find the Johnson Cabin, two barns, a windmill and cooler house, and an exhibit center. A few blocks away sits Johnson’s boyhood home and the visitors center.

Although the president was born in nearby Stonewall, his parents — Samuel Ealy Johnson Jr. and Rebekah Baines Johnson — moved the family to Johnson City when he was a young boy.

Along with his grandfather, Johnson’s parents also had a big influence on his life. His father served five terms in the Texas Legislature, often bringing work and colleagues home with him. Rebekah would usher her husband and his friends to the back porch to keep the cigar smoke and gruff language out of her home and away from young eyes and ears. Intrigued by these men and their work, however, the boy who would become known as LBJ found a way to listen in, putting his ear to the porch door or through his nearby bedroom window. If the conversations moved off the porch and onto the lawn, Johnson would crawl underneath the house for a better vantage point.

Samuel Jr. also took the oldest of his five children to Austin with him when the legislature was in session.

“Nobody says it, but he must have taken (LBJ) out of school to do that since the legislature meets during the school year,” Vickers said. 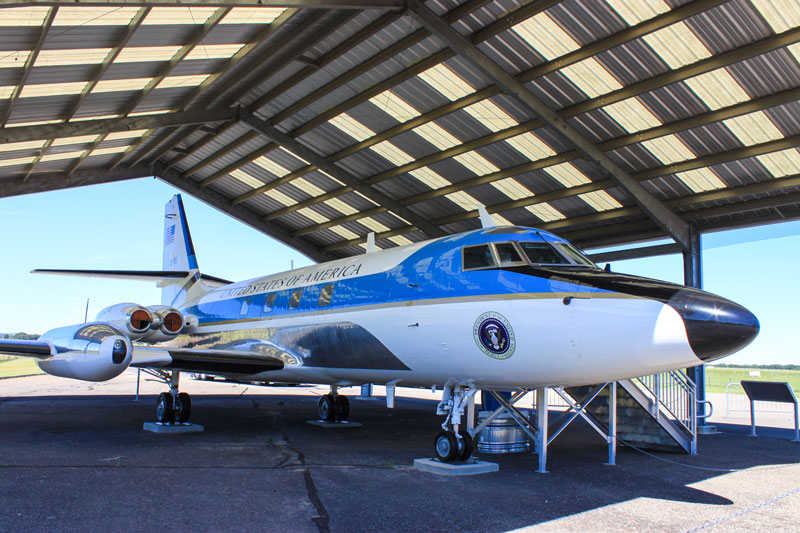 Life in Johnson City left a mark on the future president. In 1951, he and his wife, Claudia “Lady Bird” Johnson, acquired their own piece of Texas Hill Country, purchasing about 438 acres along the Pedernales River. That property became LBJ Ranch, located in Stonewall and part of the national park.

Called the Texas White House during Johnson’s years in office, the ranch became familiar to the nation through the eyes of the news media, which followed him there on his 70 trips home over that five-year period. Vickers believes LBJ saw the ranch as four different places: a home place, a world place, a resting place, and a show place. The trips to the Hill Country afforded LBJ some respite from Washington, D.C., although he always brought work, his aides, the media, and others with him.

Johnson leveraged stays at the ranch to help push his presidential agenda. A tall, strong man, he was known to invite visiting politicos into his pool for a swim and then “corner” them in the deep end to talk business. With the imposing Texan between them and the shallow end of the pool, some reportedly felt intimidated and prone to give their support to whatever idea he was discussing. 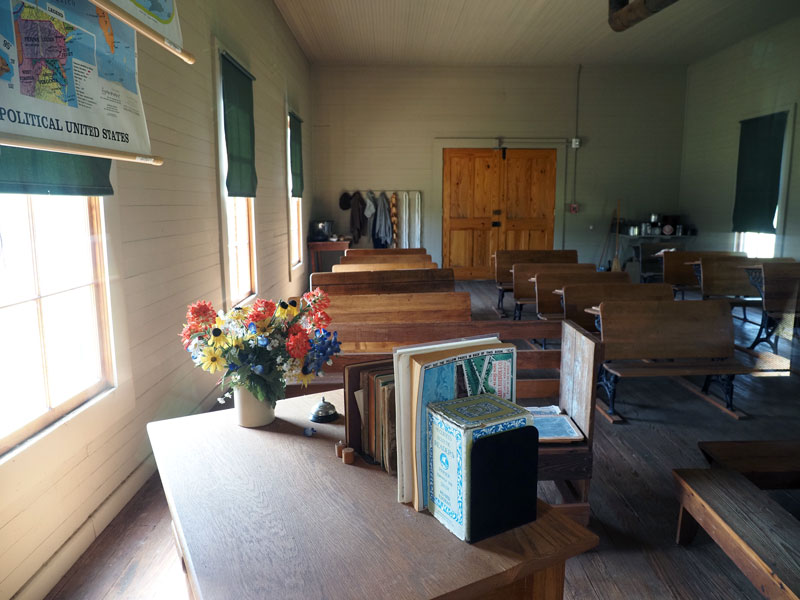 At the ranch, visitors can see Johnson’s Air Force One plane parked behind his home. Also on the oak tree-shaded property is an old, one-room schoolhouse. Perhaps one of Johnson’s proudest moments came when he signed the Elementary and Secondary Education Act of 1965 into law outside the small school. His former teacher Kate Deadrich Loney sat by his side when he signed the bill that granted all children access to a quality education. Known as his promise of a “Great Society” for all Americans, Johnson also passed legislation creating Medicare and declared a “War on Poverty.” He appointed Thurgood Marshall to the U.S. Supreme Court, making him the first African-American to hold that position.

Johnson’s legacy was marred, however, by his support of the Vietnam War. During his term, he increased the number of American troops in Vietnam to more than 500,000 by 1968. Only 16,000 were in Vietnam when he took office in 1963.

Johnson retired to his ranch in 1969, where he worked on building his presidential library on the University of Texas at Austin campus, another place visitors should explore as they walk through history in Johnson’s footsteps.

Headquarters of the Lyndon B. Johnson National Historical Park are located at 100 Lady Bird Lane in Johnson City. The ranch is located in Stonewall, west of Johnson City off U.S. 290. Take Ranch Road 1 to Park Road 49 to the entrance. The national park is open daily except Thanksgiving, Christmas, and New Year’s Day. The visitors center in Johnson City is open 9 a.m.-5 p.m most days, and the park districts — Johnson City and Stonewall — are open 9 a.m.-5:30 p.m. most days.

The Lyndon B. Johnson State Park and Historic Site is located at 199 Park Road 52 in Stonewall. The park includes the Sauer-Beckmann Living History Farm and 1.2 miles of trails through bison, longhorns, wildflowers, creeks, and historic cabins. Visitors can fish, play tennis or baseball, or swim in the pool. The visitors center contains Johnson memorabilia and short films on the former president. The park office is open 8:30 a.m.-4 p.m. daily except for Thanksgiving, Christmas, and New Year’s Day.