Forget Austin — listen to live music in the Highland Lakes 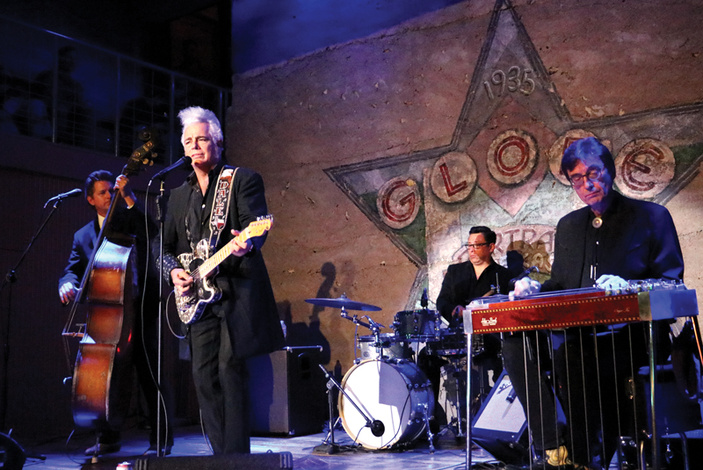 Dale Watson performs at the grand opening of the historic Globe Theatre in Bertram in February 2016. Staff photo by Jared Fields

Forget Austin — listen to live music in the Highland Lakes

BERTRAM — With its neon sign adding a nice glow to downtown Bertram, the historic Globe Theatre conjures up memories of how music once played a significant role in the area’s entertainment. Almost every town — from Bertram to Mason to Blanco — boasted music venues that drew local bands and even touring musicians.

Those days aren't part of a bygone era but still living and thriving here in the Highland Lakes.

"We think this is something that could really draw people here to Bertram,” said Zach Hamilton, one of the owners of the Globe Theatre. He and his business partner, Lance Reiger, purchased the historic venue in 2009 and then spent the next 6½ years renovating it. In February, they held the grand opening of the theater with Dale Watson headlining the event.

It’s one of many concerts the two see the Globe Theatre, with its 1930s feel, hosting. They already have a couple other concerts lined up, but more are on the way.

“This is a great setting and venue for music and other things,” Regier said.

And they’re not the only ones who see the Highland Lakes for its musical value. In fact, while many people cast their eyes east to Austin, one of the Highland Lake's most underappreciated assets is its live music.

From concerts to weekly performances, the Highland Lakes boasts a wide range of venues and events. 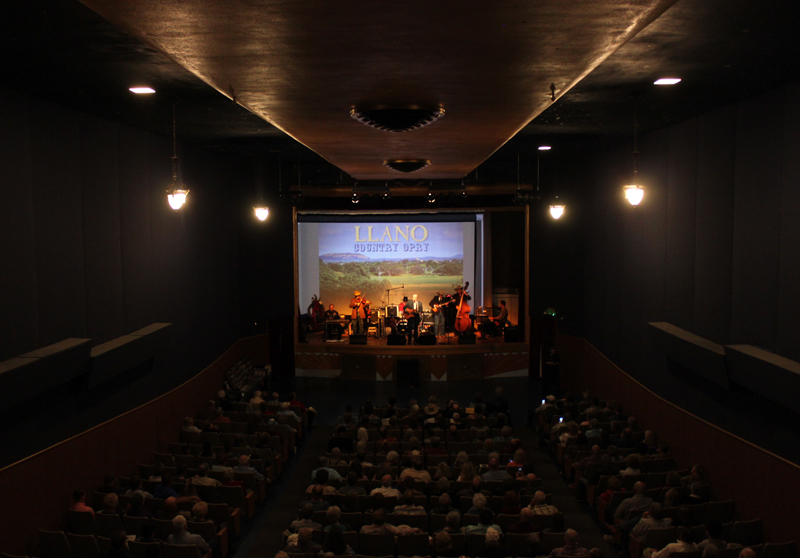 The Globe Theatre (globetheatretx.com) and Llano's LanTex Theater (lantextheater.com) are two of the area's more historic venues that offer concerts as well as other activities. And the Uptown Theatre in Marble Falls is getting a new life as owners are revisioning it as a sound studio (uptownsoundstudio.com) but also offering live music opportunities as well.

As spring roles into full bloom with summer right behind it, Highland Lakes festivals and events add to the musical lineup. Each festival, including the Bluebonnet Festival in Burnet and the Llano Crawfish Open, brings a pretty strong live music selection.

This year, Jason Boland and The Stragglers with special guest Bri Bagwell take the main stage April 9 for the Burnet Bluebonnet Festival (bluebonnetfestival.org). And over in Llano on April 16, Jack Ingram performs at the Llano Crawfish Open (llanocrawfishopen.com).

Those are the two big names for those events, but both festivals also feature a long lineup of artists.

The Highland Lakes has quite a rich musical history. This year is the 39th year that Llano has hosted the Llano Fiddle Fest (llanofiddlefest.com) — though not continuous.

John Caballero, an organizer of the event, explained that not only does the fiddle festival bring some of the best fiddle players from around the state to Llano, but it celebrates a Lone Star style of music.

“Texas-style fiddling is an art form that was created here in Texas,” he said. “For the competition, the fiddlers play that style. And it’s a nationally recognized form.”

The Llano Fiddle Fest (April 1-3) draws about 35 fiddlers and another 10-15 guitarists for the competition, but they also put on a tremendous show for the audience. The festival includes a concert April 2 featuring Warren Hood and Emily Gimble along with other potential guests.

While the festival season winds down a bit as the summer heat begins to climb, the music keeps going.

The Burnet Summer Concert Series takes people through the summer with a number of, well, the name says it all: concerts.

The series kicks off with a free concert May 7 featuring Two Tons of Steel. The shows are as follows:

The concerts take place at Haley Nelson Park on Garden Trails Drive (off Texas 29) in Burnet. Go to cityofburnet.com or the Burnet Summer Series Facebook page for more information. 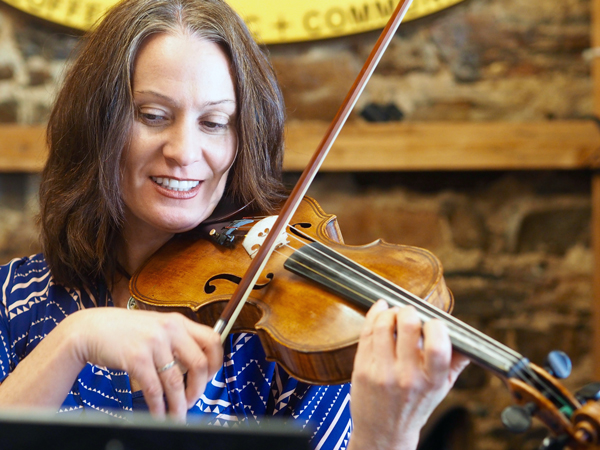 Even without the concert series and festivals, the Highland Lakes boasts a mecca of live music. Some of it may be a little more difficult to find because it’s not a major show but a couple of musicians or a group entertaining at a local restaurant, bar or even coffeehouse. Both Numinous Coffee (numinouscoffee.com) in Marble Falls and Fuel Coffee House (fuelcoffeehouse.org) in Llano offer live music in a more intimate setting, though Fuel has a weekly schedule.

And, of course, you can wrap the summer up with the FiestaJAM (fiestajam.org) concert, which includes John Arthur Martinez and a host of others Sept. 23-24 at Lakeside Park in Marble Falls.

While the Highland Lakes may not be the “Live Music Capital” of the world — or even Texas — the area offers quite a selection of musical entertainment. Sometimes, it just takes a little digging to turn up those gems. (Just ask Lance Reiger and Zach Hamilton. They ended up getting plenty dirty while shining up the Globe Theatre, but it’s definitely a gem now.)

Check out the musical venue listings here or pick up the latest editon of The Picayune to find out who’s playing where and when.