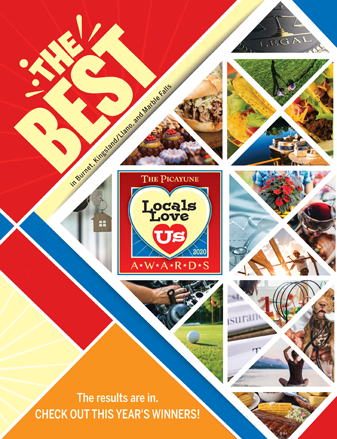 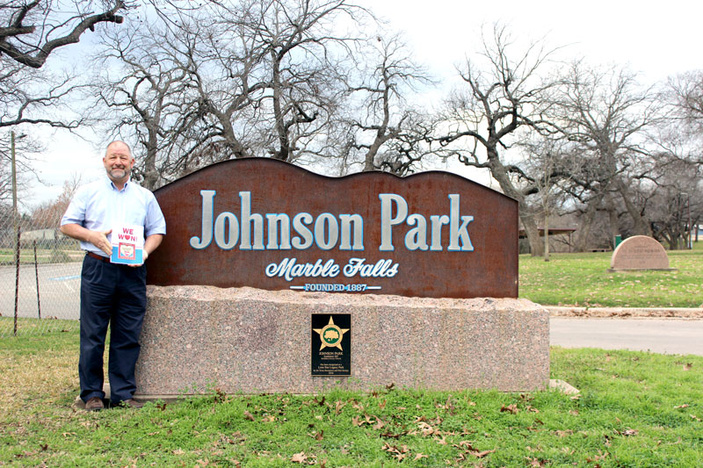 The park features two playscapes with swings, slides, and the like, and sports fields for softball, soccer, and flag football are just across the street.

A grassy area serves as the perfect spot for a carnival, and an amphitheater hosts all sorts of concerts. Families and friends can celebrate birthdays, reunions, and other big days on a covered pavilion, and weekend barbecues are made easier by the many pits and tables dotted across the park among the giant, shady pecan trees.

Robert Moss, director of the Marble Falls Parks and Recreation Department, summed up Johnson Park’s importance to the community and why The Picayune readers and KBEY 103.9 FM Radio Picayune listeners selected it as their favorite park in the Marble Falls area in the Locals Love Us awards, an honor it has won several times before.

“It will always be the garden of memorable experiences,” Moss said. “It’s a place where experiences and memories are born and grown.”

The city has added 2 acres to the park, but change comes slowly, if at all.

Why? Because the park is that important to residents and visitors alike. Few want to mess with perfection.

“It’s been like this since the city was founded,” Moss said. “It’s the one thing that will never change.”

The October flood felled two pecan trees, which means some of the natural shade for which Johnson Park is known is missing.

But the parks department already has a plan to fix that. Through the LCRA Steps Forward program, the Lower Colorado River Authority will plant two replacement trees, probably red oak, in April.

“Something that grows fast and is native,” Moss said. 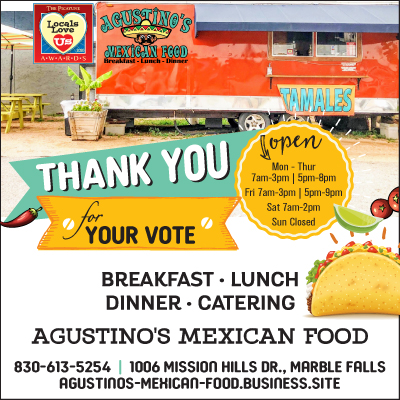