February snows could be bonus — or bust — for wildflower season 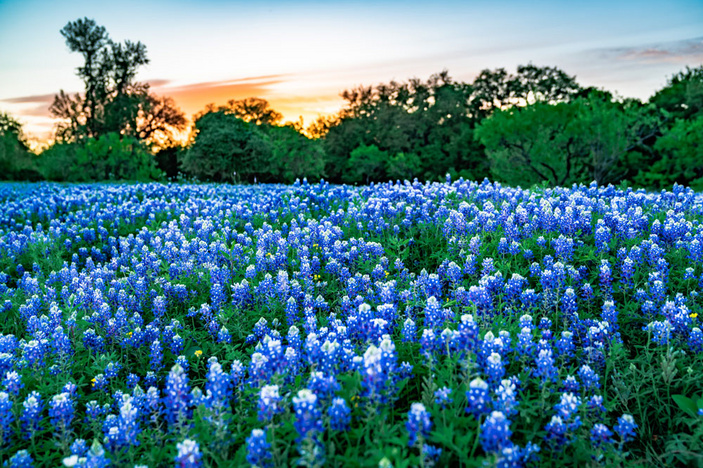 The 2021 spring wildflower season could either be stunted or stupendous, depending on the effect of February’s week of snowstorms. Recent past seasons were bountiful, including this field of bluebonnets in 2019 near Slab Road in Kingsland. Photo by Ronnie Madrid/Divine Radiance Photography

February snows could be bonus — or bust — for wildflower season

In Texas, the snows of February could bring a bounty of March and April flowers — or not. Two leading local experts are divided.

“I’m so excited for this spring — it’s going to be awesome,” said Martelle Luedecke, a Master Naturalist with a Bachelor of Science in biology.

Her Burnet ranch is a cornucopia of color each spring due to both her careful tending and the area’s nurturing climate.

“Most of our wildflowers are ground hoverers, and the snow and ice can provide insulation for them,” Tarla said. “For those that have already emerged this year, they may have some freeze damage.”

Luedecke bases her prediction for an amazing wildflower season on how wildflower seeds work. A week of frozen soil slowly melting breaks down the outside of the seeds, a process called stratification. A warm, dry winter keeps that from happening and stunts spring growth. The snow also saturates and distributes the seeds better.

Tarla agreed that winter rains and snows boost spring wildflower production. The unknown factor is whether this winter wonderland came too late in the season. She pointed to December 1983 as the only cold snap and snowstorm that comes anywhere close to the frozen ferocity of a certain week in February of 2021.

“The thing is, most of us have never seen a freeze like this ever,” Tarla said. “We are certainly going to monitor what starts emerging now. Are they going to be stunted or look normal?”

Or, they could be amazing, as the wildflower season of 1984 was following the December snow. Another fondly remembered season was in 2016.

Either way, wildflower season 2021 could be one for the botanical history books.