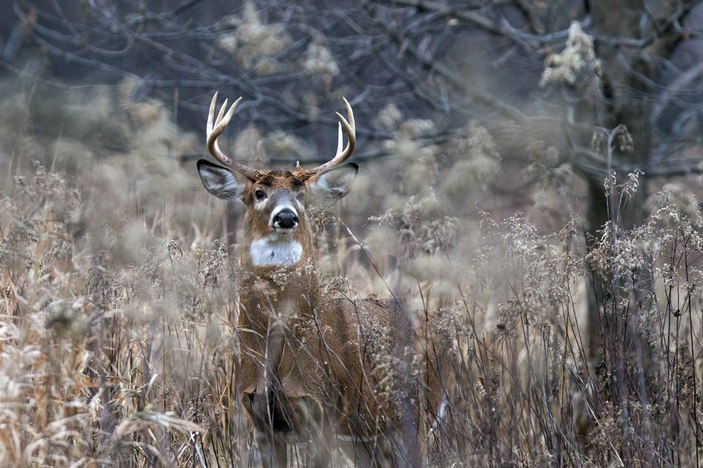 It is here. The long-awaited general rifle season for white-tailed deer in the great state of Texas has arrived, and hunters are gearing up for nearly two months of gun-toting action. The Highland Lakes area is in the North Zone, which means Saturday, Nov. 5, was opening day.

A report from the Texas Parks and Wildlife Department signals that hunters can expect a sizable deer herd and ample opportunities this season.

“A number of hunters and landowners report seeing lots of deer, especially younger deer,” said Alan Cain, the department's White-Tailed Deer Program leader. “Part of that is a result of good fawn crops the last couple of years, so there’s more bucks in those younger age classes relative to bucks in that four- to six-year-old range. As we move into November and closer to the rut, those older bucks should increase movement activities in search of does, hopefully, presenting an opportunity for a lucky hunter.”

The report goes on to say that dry weather will probably negatively impact antler growth due to less forage available to the deer, but the same dry conditions will likely drive them to feeders, where they’ll be looking for corn to supplement their diets.

More than 5.4 million white-tails are roaming Texas, according to TPWD biologists, and many of the deer are right here in Central Texas. Those of us lucky enough to reside in the Hill Country have access to nearly half the deer in the state. The region lies on the eastern edge of an ecological region called the Edwards Plateau, which is home to an estimated 2.3 million white-tailed deer, an average of 147 animals per acre.

Bowhunters have been in the field for over a month, but the vast majority of Texas hunters have had to wait for their chance to bag bucks and does with bullets. The state has more than 1 million registered hunters, who harvest hundreds of thousands of deer annually.

Many Hill Country counties, including Llano and Burnet, are dominated by private landownership, which means most hunting opportunities will be on ranches. So, do your research and find a spot or start harassing your landowning buddy if you haven’t already.

A few public deer hunting opportunities exist in the area, including at Balcones Canyonlands National Wildlife Refuge and Enchanted Rock State Natural Area, but those are based on a drawn hunt lottery system, which is worth checking out if you’re feeling lucky and adventurous.

Whether you’re want meat for the freezer, a trophy for the wall, or a treasured memory, white-tailed deer season can supply it. Don your camo, set up camp, and get ready for more sunrises and sunsets than you can shake an antler at.

NOTE: These rules and regulations apply to the counties of the Highland Lakes area. There is overlap with overall Texas white-tailed deer hunting regulations, but it is highly encouraged you do your research on your local county to ensure you're following Texas Parks and Wildlife Department policies.