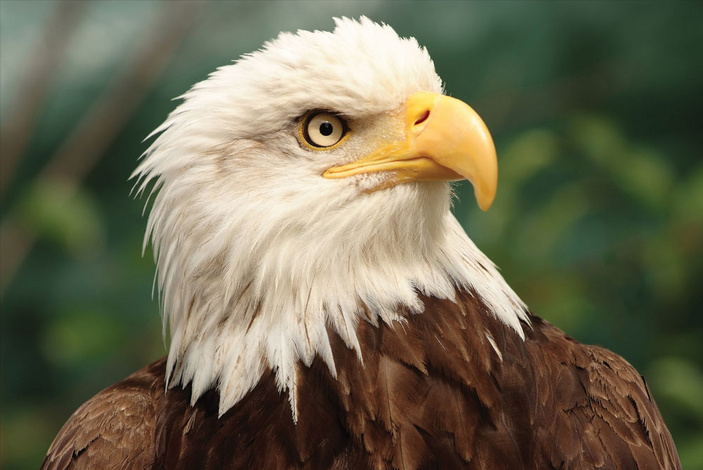 With eyes as big as a human's, talons that crush at 400 pounds per square-inch, and a dive speed of up to 99 mph, the American bald eagle cuts a regal path above Lake Buchanan in the Highland Lakes six months out of the year. iStock photo

A staff member at Canyon of the Eagles resort in Burnet spotted a mature American bald eagle Aug. 1, the earliest first sighting of any eagle migrating season in recent memory, the resort reported. The avian Winter Texans usually show up from mid-September to early October, according to eagle eye expert Tim Mohan, a tour guide for Vanishing Texas River Cruises.

Bird-watchers and nature lovers regularly visit Canyon of the Eagles or take a ride on a Vanishing Texas River Cruises boat to spot eagles and other birds known to use the water and land around Lake Buchanan as their hunting grounds. The season for eagles typically begins in September and runs through March.

Mature eagles are easily spotted because of their white heads and tail feathers. Immature eagles, which don’t yet have the impressive white feathers, have been known to stick around all year for about four or five years as they mature.

For a day fee, visitors can enjoy Canyon of the Eagles' 940-acre nature park, which includes 14 miles of groomed nature trails, three miles of private lakefront, and food and drinks at the resort’s restaurant and park store.

Additional activities are available to overnight guests, including the Eagle Eye Observatory, two-hour guided boat cruises, and nature programs such as Shake, Rattle & Coil about native Texas snakes and a guided nature walk to learn about the flora and fauna of the Texas Hill Country.

Vanishing Texas River Cruises offers a variety of cruises on Lake Buchanan and up the Colorado River arm of the lake, where many of the birds make their winter home. Tickets can be purchased online or by calling 512-756-6986.