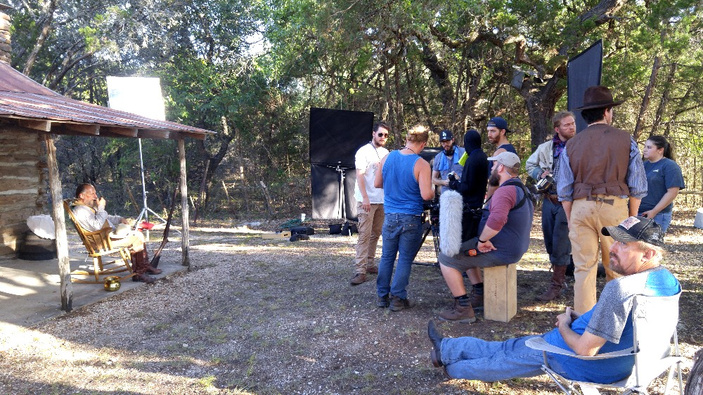 The cast and crew of ‘American Fishtrap’ get instructions from writer and director Chasen Parker (wearing a Los Angeles Dodgers cap) between takes as they film the movie at Fort Croghan in Burnet. Staff photo by Jennifer Fierro

BURNET — Fort Croghan returned to the mid-1800s on July 12 when filmmaker Chasen Parker brought a film crew to the site to shoot scenes for the post-Civil War movie “American Fishtrap.”

They were there for one day, and Parker, who is the film’s writer and director, noted all but 1 percent of the movie was shot at the fort.

The film takes place a day after the Civil War. Two brothers return home to discover someone has kidnapped one of their wives.

Parker, who began acting at the age of 2 in an Arby’s commercial and was on television’s “Sunset Beach,” said he is a big fan of Westerns and John Wayne. 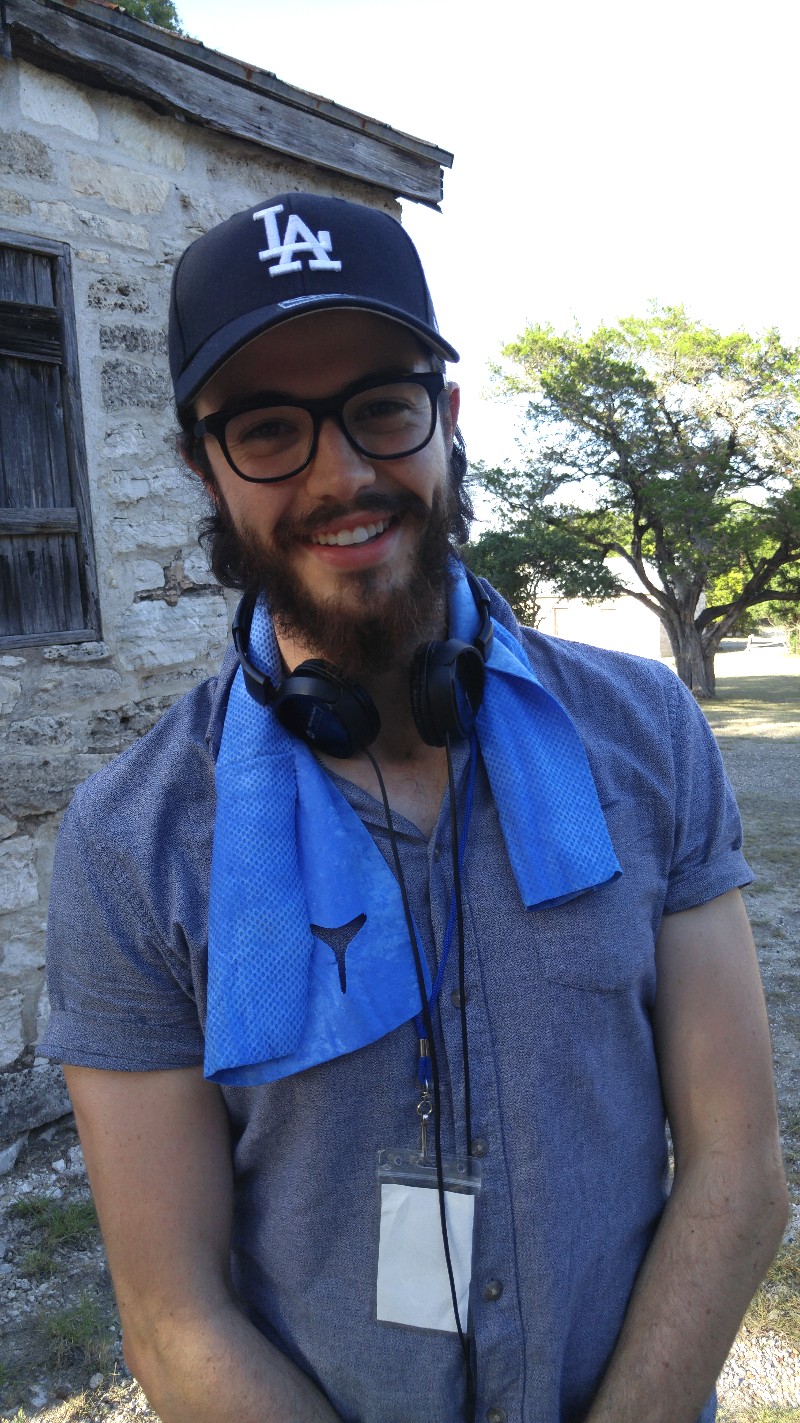 While a student at Sam Houston State University, Parker reconnected with acting. He moved to Houston with his family when his dad took a job.

He is the latest in a family of actors. He is the grandson of actress Eleanor Parker, who was nominated for Academy Awards for roles in “Caged,” “Detective Story,” and “Interrupted Melody” during the 1950s. Eleanor Parker also played Baroness Elsa Schraeder in “The Sound of Music” in 1965.

“My grandmother was one of my best friends,” the younger Parker said. “Growing up, she gave me a lot of advice. The most important thing was to be honest with myself, brutally honest.”

He found Fort Croghan on social media, and he couldn’t thank the staff and volunteers enough for allowing the crew to make it their home for a day.

“They’ve been one of the people who have been nothing but welcoming,” he said. “We have nothing but the most gratitude for them.”

Parker has already screened one of his works at the 2013 Cannes Film Festival. “Left Behind” is a film about a school shooter. The filmmaker was 19 at the time.

“I’d be honored for (‘American Fishtrap’) to go into a festival,” he said.

The release date of “American Fishtrap” is yet to be announced.

It was filmed at Mr. Jack Fields Ranch outside Burnet, Tx.