A passion for woodworking at Enterprising Young Men in Marble Falls 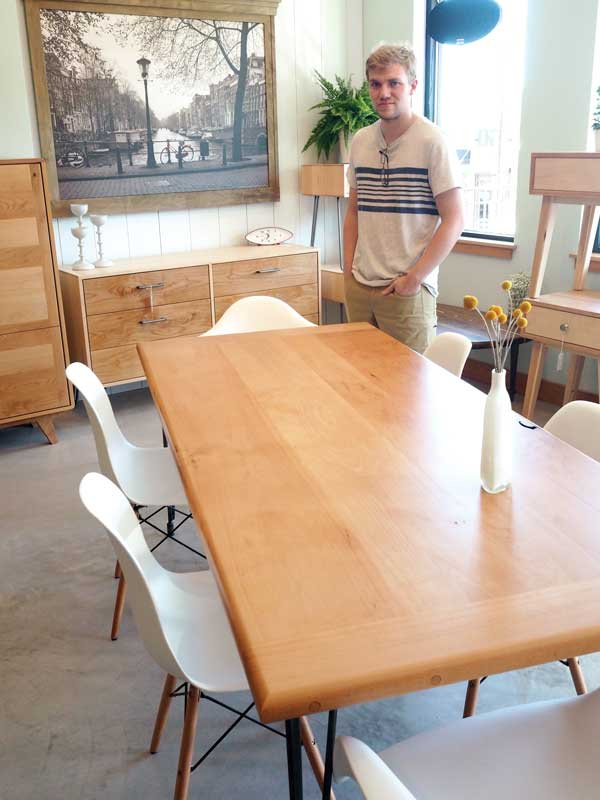 Andrew Everett, a fourth-generation woodworker, recently opened a store called Enterprising Young Men, where he showcases and sells his handmade furniture. Everett, 20, learned construction and woodworking by shadowing his father, Mark Everett. After building a dresser last year, he turned his passion into a career. The store, 908 Third St. in Marble Falls, also displays work by is family. Staff photo by Daniel Clifton

A passion for woodworking at Enterprising Young Men in Marble Falls

MARBLE FALLS — While Andrew Everett is a fourth-generation woodworker, the craft didn't choose him. He chose it.

"My parents were incredibly supportive in anything (he and his siblings) wanted to do," said the 20-year-old while sitting in his new store, Enterprising Young Men. "So I could follow my passion, what I wanted to do."

For Andrew, one of four children, his passion is woodworking, which is on display at the Marble Falls store, located at 908 Third St. He designed and built several pieces of mid-century-style furniture from small end tables to large bureaus and cabinets. Each piece is a reflection of Andrew and his craftsmanship.

And each piece is a testament to his upbringing.

He and his siblings, Cole, Evan and Anne, were homeschooled by their parents, Mark and Holly Everett, who allowed their children to explore their interests as well as giving them a traditional education.

Growing up, Andrew and his brothers often tagged along with their dad, a builder and woodworker himself, to job sites.

In fact, Andrew would climb out of bed and start his school lessons as early as 5 a.m. so he could join his father at work.

"We wanted to do that, get up that early," Andrew recalled. "Going to work with our dad, that was something we enjoyed."

Eventually, Andrew and his brothers graduated from cleaning up at the job sites to helping with the actual work, starting with simple sanding. But something drew Andrew to woodworking. Maybe it was the fact his father, grandfather and great-grandfather all worked with wood. (His grandfather still creates handmade canes, which are available at Enterprising Young Men.)

Whatever the reason, Andrew learned to use woodworking tools and discovered the beauty and value of different species of wood.

"I guess what I love the most is creating," Andrew said. "I love thinking something up, making a drawing and then building it. Just creating things, working with my hands."

At first, Andrew only dabbled in woodworking, but it soon became a hobby.

But he wasn't looking at it as a career choice and certainly not thinking about opening a store. Andrew just loved working with wood in the family's Burnet shop.

About a year ago, he built a dresser for his cousin, and something clicked. The dresser looked good, and he enjoyed the process of creating it.

"I decided my hobby was more of a passion," Andrew said.

He began pouring energy and effort into that passion, building and creating more pieces.

But it remained just a hobby. He was still learning, studying the different types of woods and furniture design while building his woodworking skills.

At one point, Andrew realized it could be more than a hobby. In May, he began exploring the idea of opening a storefront business to display and sell his pieces as well as some his father and brothers made. Only 20, he didn't have a background in business, but he had something in his corner.

And he had an adventurous spirit; he wouldn't let the doubts of not knowing what the future held stop him. He described it as "stepping out in faith."

"Yeah, I had to learn a lot," he said about the process of opening a business.

He really started knuckling down in May.

Then, in the last week of July, he and his family ushered in a new phase when they opened Enterprising Young Men. Andrew is the owner, but he admitted it couldn't have happened without his family.

The shop shows off his mid-century-style furniture along with pieces built by his brothers and father. Mid-century is a design that arose in the 1940s and 1950s.

"The country was coming out of a war, and (mid-century) combines the traditional (style) with a modern look," he said.

It's a clean style. Andrew's woodworking skills bring out the best in his creations. And he adds his own touches and personality to the pieces, whether through the design or choice of wood.

Now that the store is open, Andrew admitted he doesn’t know where it will take him. But that doesn't worry him.

It's about taking the chance and pursuing a passion.

"Opening the store was a big step — really, a leap of faith," he said. "You know there are risks out there, but the excitement of seeing where it goes, well, that's worth it."

Along with displaying and selling his and his family's work, Andrew said he hopes to invite other artisans to show their pieces in the shop in the future.

"I'd like it to be a collaborative of artisans and craftsmen," he said.

The 20-year-old said the best advice he can give a person is to find what they love and do it — no matter their age.

"If you're doing something that you love, then it's not really work; it's your passion," Andrew said. 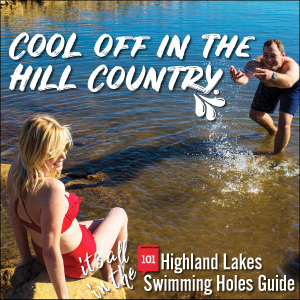