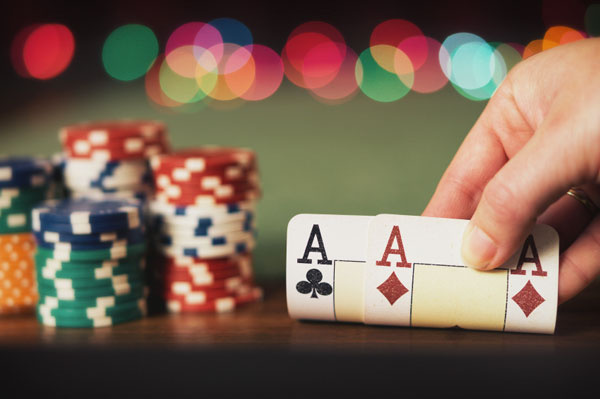 LLANO — Llano Park Projects supporters have their eyes on a new splash park at Badu Park in Llano, but getting one starts at the Horseshoe Bay Resort on New Year’s Eve. That’s when the nonprofit organization is holding its first major fundraiser to benefit Llano parks.

“All the proceeds from the Antler Drop Ball will go to helping the city of Llano parks,” said Julie Leverett, Llano Parks Project vice president/treasurer. “We have a lot of things lined up during the casino-style night including a DJ, blackjack, a craps table and even a champagne toast at midnight.”

Organizers have also lined up a great list of items for live and silent auctions including fishing and hunting trips.

Tickets are available at llanoparksproject.org.

The Llano Parks Project is a group of Llano-area residents interested in supporting the city’s parks. Working with the city, they’ve help make improvements to city hall and Badu parks in the past couple of years.

Two things the Llano Parks Project would like to add to Badu Park, located on the Llano River, are a splash pad and a dock.

“Right now, if you’re a family with young children, if you want to go to a splash pad, you have to go somewhere else. We just don’t have one in Llano,” Leverett said. “As a parent of a young child or toddler, a splash pad is such a nice thing because it’s just water shooting up from the pad and it’s zero depth. So you don’t have to worry about your child drowning.”

The second thing the parks project would like to build at Badu Park is a dock people could use for fishing or putting in canoes, kayaks and stand-up paddle boards.

These amenities only help enhance the park and the community, Leverett said. It gives residents more recreational opportunities without having to leave the city, and it offers tourists even more reasons to visit Llano.

Go to llanoparksproject.org or check out the organization’s Facebook page for more information.