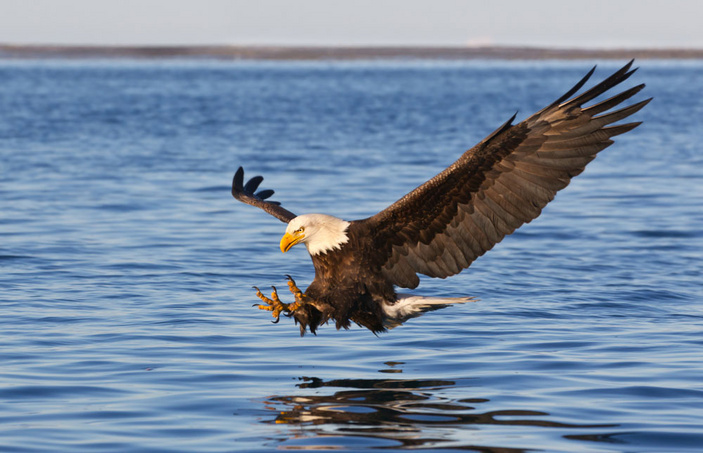 American bald eagles can often be spotted hunting for prey in the Highland Lakes during the winter. iStock photo

American bald eagles can be seen soaring over the Highland Lakes even before autumn cold fronts chill the sizzling heat of Central Texas summers. Many of these migrating raptors return to Burnet and Llano counties each year around October, though some have been seen as early as late August.

The eagles, which often travel in mating pairs, prefer the seclusion of Lake Buchanan among the chain of Highland Lakes. They live along the cliffs of the Colorado River, which flows into Buchanan, feeding off an abundant supply of small mammals and fish.

The noble birds are a favored attraction in the area, meriting observation decks and river cruises just to catch a glimpse during the half-year they call the Highland Lakes home.

“The eagles like it here because it’s quiet and there’s plenty of food,” said Tim Mohan, tour guide for Vanishing Texas River Cruises on Lake Buchanan.

From November through March, Vanishing Texas River Cruises offers the popular Eagle Cruise up the Colorado River arm of Lake Buchanan. Cruise times range from two to three hours, either an 18- or 27-mile round trip. After 17 years guiding cruises for VTRC, Mohan knows his lake and his birds.

“The eagles are always very good about flying to the boat and around the boat,” Mohan said. “They perch on trees in the cliffs and are easy to spot. Even people with only camera phones have gotten good pictures of them.”

Eagles also prefer Lake Buchanan because of its great expanse. A reservoir, Buchanan is the largest of the Highland Lakes.

“They have a huge flyway where they can take off and just soar over five miles of lake,” Mohan said. 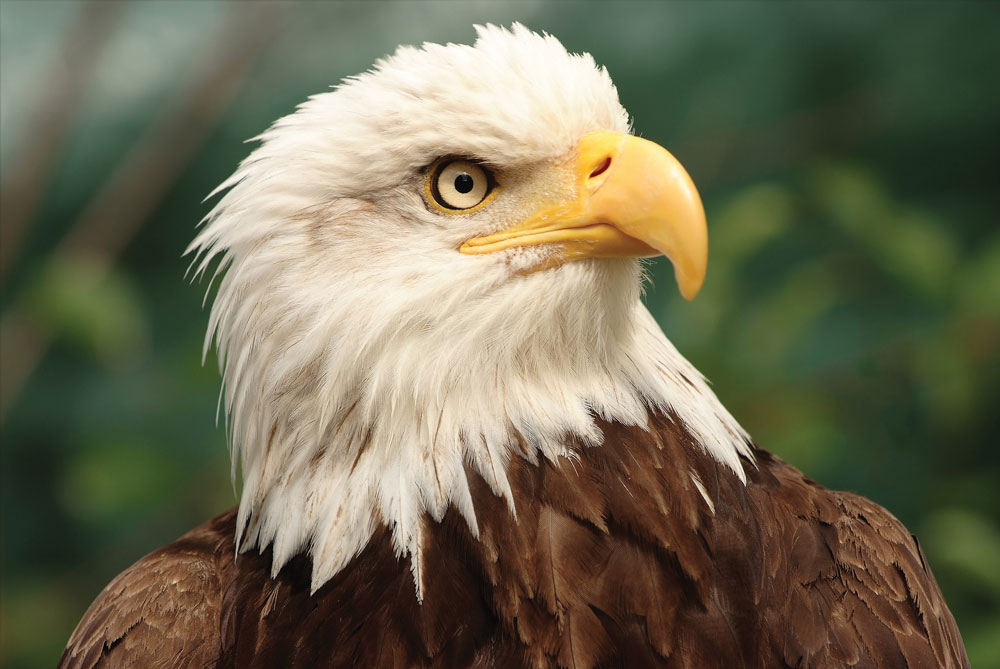 With eyes as big as a human's, talons that crush at 400 pounds per square inch, and a dive speed of up to 99 mph, the American bald eagle cuts a regal path above the waters of Lake Buchanan in the Highland Lakes six months out of the year. iStock photo

Lake Buchanan can be choppy, and winters are known for windy conditions on the water. Average wind speed is 16.6 mph, which increases to 20-25 mph in the winter. That might not bode well for boaters, but for raptors, it’s rapture.

Eagles can fly up to 10,000 feet, obtaining their height with a few flaps of their wings. Once aloft, however, their long, wide span of wing feathers stretches out to catch hot, rising pockets of air that can keep them airborne for hours without expending much energy.

Although eagles are not the fastest of the raptors (falcons are), they can reach speeds of 75-99 mph in a dive. When ready to dive for food, they pull in their wings to reduce wind drag and pick up speed. They tent their wings to protect their catch as they snatch it up.

They make the kill with talons, each of which crushes at about 400 pounds per square inch. Their strength is such that they can can carry one-third of their body weight. American bald eagles can weigh from 6.6 pounds to 14 pounds and reach up to 32 inches tall with a wingspan measuring 6-7 feet.

Eagle eyes are pretty amazing as well — they even have their own idiom! They are about the same size as human eyes, but, in a much smaller skull, they are a dominating visual feature.

Fixed in their sockets, eagle eyes have two focal points that allow the birds to simultaneously see straight ahead and to the side. Their distance vision is almost unbelievable: They can see small prey more than 3 miles away.

Eagles use their eyes to search for prey, while humans in the Highland Lakes look to the skies, cliffs, and treetops for eagle sightings, which can happen along roadsides, on hikes, or on the observation deck at the Lake Buchanan/Inks Lake Chamber of Commerce, 19611 Texas 20 East, just west of the Inks Lake Bridge. 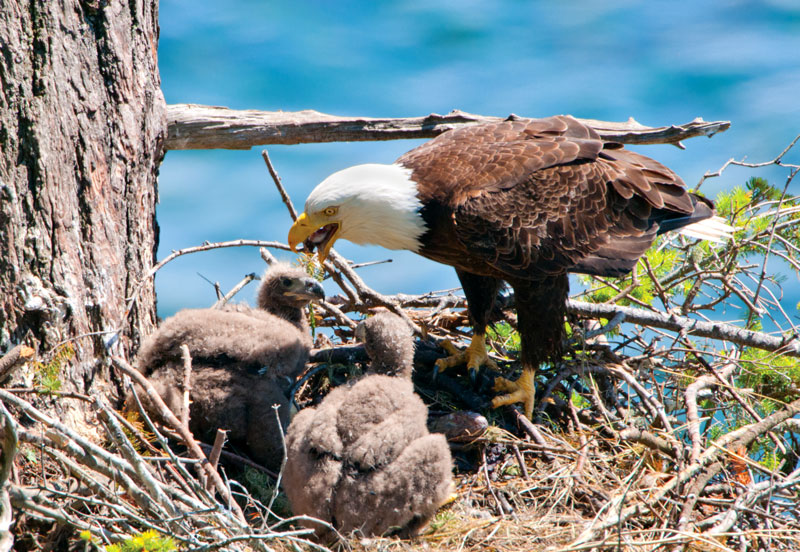 Nesting bald eagles (not these) can be seen along Lake Buchanan by eagle-eyed bird watchers. iStock photo

A mating couple have made their home in a tree between the deck and the dam. The two raptors raise several eaglettes a year from their picnic table-size nest. For help in aiming your lenses in the right direction, ask visitor center manager Steve Buchanan, who knows just which tree to target.

“We have a lot of juveniles (young eagles) in this area, but they don’t get their white tail and white head until four or five years old,” Buchanan said. “It’s harder to spot the juveniles.”

Keeping an eye on the eagles also means watching for problems. When Mohan or VTRC owner and captain Shawn Devaney spot a sick bird, they call Last Chance Forever, a bird of prey conservancy in San Antonio. They send out a rescue team to retrieve the bird and nurse it back to health.

Recovered birds are released back into the wild on Lake Buchanan from the deck of one of the Vanishing Texas River Cruises boats, all aptly named The Texas Eagle. The celebratory Freedom Flights are open to the public. Visit VTRC.com for details.