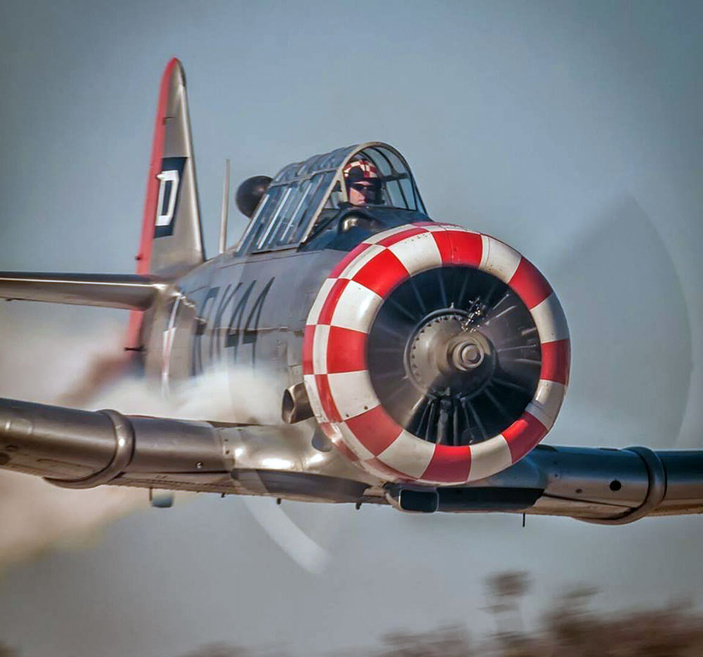 The AT-6 Twisted Texan always gets hearts pumping, especially when pilot Aaron Taylor puts the plane through an aerobatic routine. The AT-6 is one of several planes making an appearance at the Highland Lakes Squadron of the Commemorative Air Force’s 28th annual Bluebonnet Airshow on Saturday, September 14, at the Burnet Municipal Airport. Courtesy photo

Warbirds and hot rods: They seem worlds apart, but both come from a generation that changed a nation.

On Saturday, September 14, they come together — along with a collection of other planes and cars — for the 28th annual Bluebonnet Airshow.

“When you think about it, a lot of the things we find exciting about in those World War II warbirds, you get it in muscle cars and hot rods,” said Kirk Noaker, the 2019 Bluebonnet Airshow event chair.

This year’s theme is “Wings and Wheels” as the Lake Area Rods and Classics car show will be on the airstrip as well.

Noaker said the underlying mission of the show remains the same: honor and celebrate the mighty planes that helped win World War II. 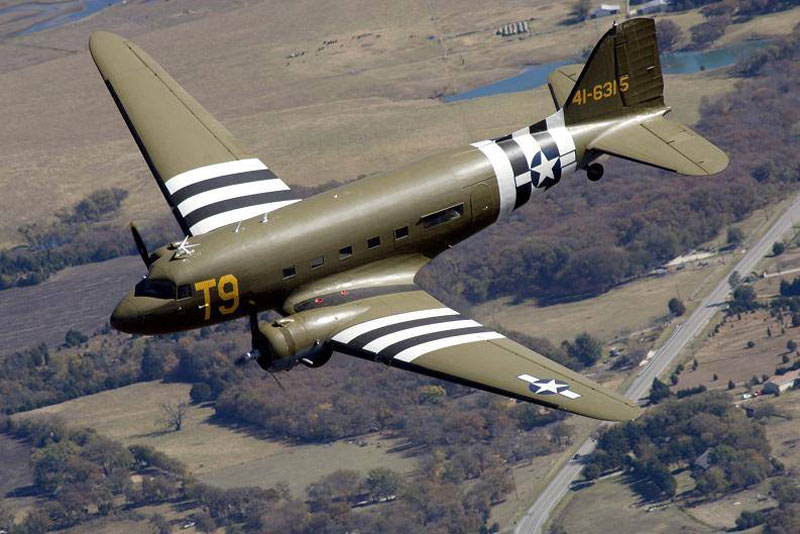 The Southern Cross, a Douglas C-47 Skytrain, will take to the skies over Burnet during the 28th annual Bluebonnet Airshow on Saturday, September 14. The event features World War II-era aircraft, parachutists, pyrotechnics, and even a jet-fueled dragster. Gates open at 9 a.m.; planes take off around noon. On the ground, visitors also can check out the Lake Area Rods and Classics car show. Courtesy photo

The Bluebonnet Airshow takes place at the Burnet Municipal Airport, 2302 U.S. 281 South in Burnet. Gates open at 9 a.m., and planes take off at about noon.

Aircraft at the event include an AT-6, a CJ-6 (Chinese light combat trainer), a Mitsubishi A6M Zero, a Southern Cross C-47, and a Curtis P-36 Hawk. The show-stopping Tora! Tora! Tora! with its precision flying and pyrotechnics will pay tribute to December 7, 1941, when the Japanese bombed Pearl Harbor and brought the United States fully into World War II.

“One of the big reasons we have the show is to get people to link with the past,” Noaker said. “It’s so easy to forget when you don’t have a connection. With the show and the aircraft, you can get people to care about history. It’s not just something you read. You get to see it, experience it with these planes.”

Noaker doesn’t describe himself as a “plane guy,” but when he and his son started attending the show several years ago, they both came to love the aircraft, their histories, and their power.

“There’s just nothing like those engines of a World War II airplane, nothing,” Noaker said.

Along with the World War II-era craft, the air show welcomes the Trojan Phylers, a precision close formation aerobatics squad, and Randy Henderson, an aerobatics pilot with Texas T-Cart.

Also flying at the show is Tom “Lark” Larkin in a Subsonex JSX003 Mini Jet.

“This is just a crazy-looking jet,” Noaker said. “It’s not that big, but it’s fast.” The jet weighs about 500 pounds but hits speeds of about 300 mph. And it’s fully aerobatic. 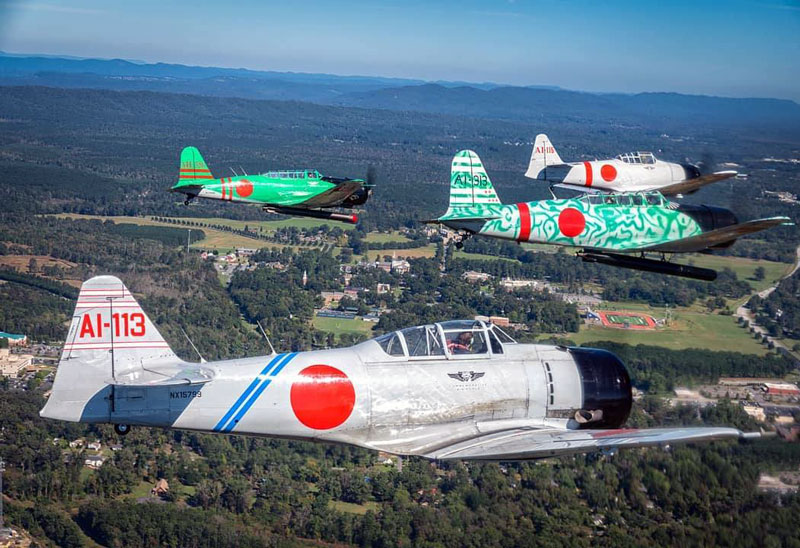 In an effort to reach out and expand beyond the typical air show, Bluebonnet organizers lined up another jet-powered craft, but this one stays on the ground.

“You have to see this — the jet dragster,” Noaker said.

He’s referring to the Game X Change Jet Fuel Dragster, owned and driven by Ray Kelley. It’s just what it sounds like: a dragster with a jet engine strapped to the back and ready to turn on the afterburners.

Noaker hopes to line up the dragster and mini-jet for a “race.” Of course, the two wouldn’t start side by side, but it would definitely be a crowdpleaser.

The dragster won’t be the only hot rod on the ground. Adding the Lake Area Rods and Classics car show this year just made sense, Noaker said.

“Motorheads are motorheads, whether they like planes or cars,” he explained.

Plus, the car show can pull in people who haven’t attended the air show in years past and introduce them to some amazing history.

“It all goes back to our mission of, you know, celebrating these incredible planes from World War II, those warbirds,” Noaker said.

The two also share a connection. After World War II, many veterans returned home wanting to have fun, and one way was through their cars, particularly hot rods. These modified cars became outlets for their drivers. The late 1940s through 1950s saw a boon in hot rod fandom. Hot Rod magazine popped up around 1948, and other publications followed suit in the 1950s.

One doesn’t have to be a motorhead to enjoy the show, Noaker said.

Admission to the event is $15 for adults, $5 for ages 6-17, $10 for ages 60 and older and active military members with IDs, and free for ages 5 and younger. Tickets will be available at the gate.

Check out the Bluebonnet Airshow’s website for more information and follow the Facebook page for updates. The event is hosted by the Highland Lakes Squadron of the Commemorative Air Force. Proceeds help fund the squadron’s work and museum. 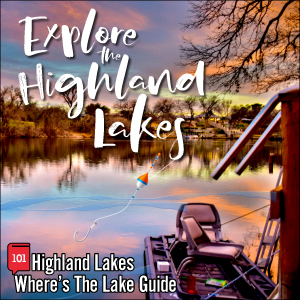