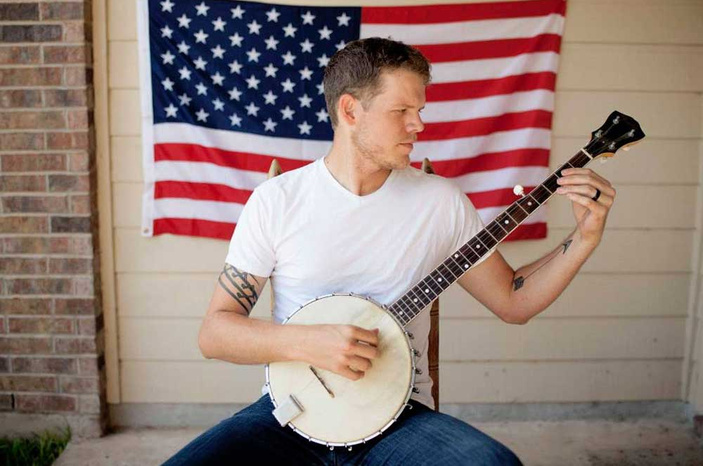 BURNET — Burnet’s reputation as a live music destination is catching the attention of artists and fans alike.

That status is both invigorating and challenging for Damon Beierle, who is in charge of bringing artists to the Burnet Bluebonnet Festival stages.

And he wouldn’t have it any other way.

“I’ve been doing this for 11 years, and every year, we try to mix it up,” he said. “We like to use locals mixed with touring talents.”

The festival sets the tone early with its first street dance Friday, April 7, as Josh Ward takes the main stage on the courthouse square from 8:30-11:30 p.m.

“He’s as country as they come,” Beierle said. “We look for a good, genuine country band.”

Ben Watson and the Hired Guns, whose style owes much to traditional country music, open the main stage at 12:30 p.m. Saturday, April 8. The group plays classics by artists such as Johnny Cash, Loretta Lynn, Hank Williams, Willie Nelson, Patsy Cline, and many others.

“People love to listen to them,” Beierle said.

Big Anton and the Alley Cats take over at 2:15 p.m. The band most recently played at the first Burnet Sock Hop on March 11.

The quartet plays early rock ’n’ roll, rockabilly, and rhythm and blues with several cover songs from the 1950s and ‘60s. Lead singer Steve “Big Anton” Raby and Beierle attended school together in the Burnet area.

“He’s an acoustic artist with a mix of country and Christian songs,” Beierle said, adding Beyer has a few songs that will remind people of Maroon 5 and Ed Sheeran.

JB and the Moonshine Band kick off the evening shows at 8:30 p.m., with Sam Riggs leading the street dance at 10:15 p.m. There’s a $10 cover charge and a $5 cooler charge for the evening performances.

Beierle said Riggs’ production crew is adding more lights to the main stage for the concert.

“He puts on his (social media) that whether they play for five or 5,000, they’re bringing everything they have to every minute of their shows,” Beierle said. “We’re looking forward to it.”

On the Jim Hoffpauir Cadillac Stage on Jackson Street at 1 p.m. is Shane Shillings followed by Andrew Ham, who was born and raised in Burnet, at 2:30 p.m., and Texas Crossing, which returns for the second year, at 4:30 p.m.

Shillings is known for his classic country covers.

Texas Crossing, a duo featuring Colt Buckelew and Tiffany Valentine, both of Burnet, plays all kinds of country music from traditional to Americana.

The duo will also lead the contemporary praise and worship service at 10 a.m. Sunday, April 9, on the main stage.

Beierle began the booking process in October, wanting to create a live music experience that entices people to come to Burnet for the day or stay longer than they originally planned.

“We want them to come and hang out and really show them we’re not just a small-town festival,” he said. “We’re one of the top in the state. It’s that extra thing we have to put it over the top for me.”

The Bluebonnet Festival averages 30,000 visitors each year, and a big reason why is because of the musical lineup, Beierle said. Because of the number of festival-goers, booking agents have reached out to Beierle about artists who fit the festival bill.

“It gets bigger and bigger every year,” Beierle said. “We want to feature known artists and up-and-coming talent. I expect as big of a crowd or the biggest crowd we’ve ever had at the Bluebonnet Festival (this year). People are going to be smiling and having fun. It’s going to be awesome, I know that.”