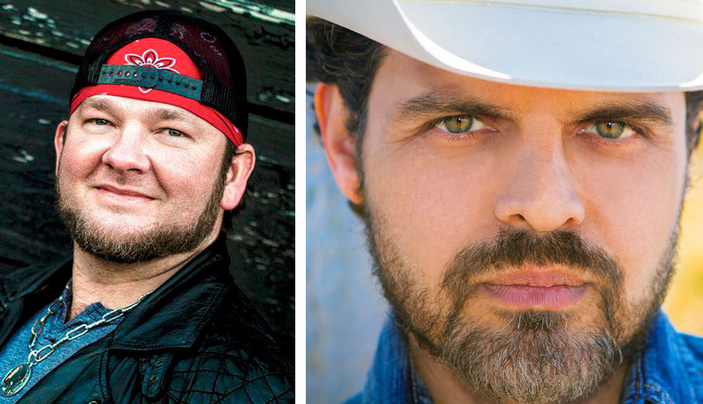 Stoney LaRue (left) and Rick Trevino will perform during Octoberfest in Burnet: Trevino on Friday and LaRue on Saturday. Courtesy photos

“I want to hear what people liked, what they didn’t, and, you know, what worked,” he said.

Based on that feedback, he builds an even better live musical experience. This year's Octoberfest, which is October 11-12, features a free Friday night concert with country singer-songwriter Rick Trevino.

“One of the things we want to let people know about is that all the music is free up until about 5 o’clock on Saturday,” Beierle said. “The Friday concert with Rick Trevino, it’s free.”

The only paid show is LaRue's with opening act LC Rocks. Admission is $20 for ages 13 and older and $10 for children 7-12. It's free for ages 6 and younger. Order tickets in advance online at Double Eagle Entertainment.

LC Rocks takes the stage at 6:30 p.m. followed by LaRue at 8:30 p.m. Free shows on Saturday begin at noon with Ben Watson and the Hired Hands followed by Ladezz at 2 p.m. and Richie B and the River City Kings at 4 p.m.

Expect a good mix of genres, including Red Dirt, classic country, and even hair metal.

Along with live music, Octoberfest visitors can browse arts and crafts vendors, pick up something to eat at the food court (opening at 6 p.m. Friday and 10 a.m. Saturday), and take part in a color run (9 a.m. Saturday). Free kids' rides will be open from noon-4 p.m. Saturday.

And no Octoberfest is complete without draft beer.

Held the same weekend as Octoberfest are the Burnet Art Festival and Fort Croghan Day.

What's in a Name? Inks family rooted in Highland Lakes