Caring for the Caregiver; Support Groups Are There When Times Are Tough 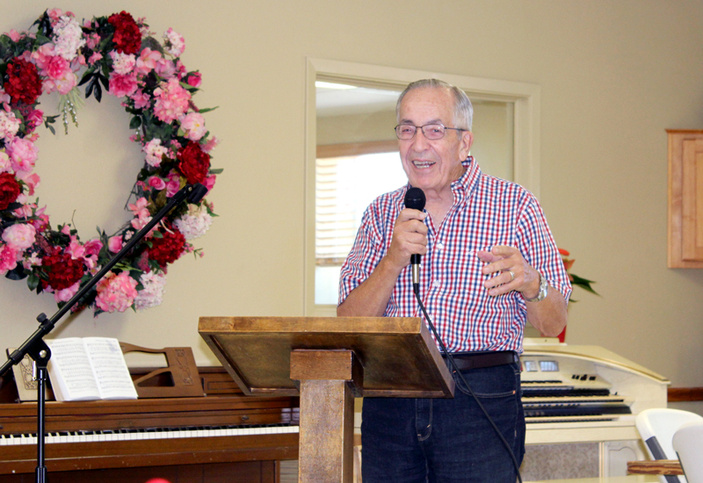 Caring for the Caregiver; Support Groups Are There When Times Are Tough

MARBLE FALLS — Kathleen Clark listened to a story that confirmed why she believes in support groups.

A friend who had a kidney transplant told Clark he felt bad for his wife because she doesn’t get the same amount of the support he receives.

When he is well enough to attend church, the two go together. Church members are so happy to see him that they often flock to him to say "hello." But, he notices, they usually don’t talk to his wife.

“I get all the attention,” the man told Clark. “And there’s my beloved wife, and not many are speaking to her.”

Clark said the story illustrates something that often goes unnoticed.

So passionate in fact that she and her husband, Tom, started the Highland Lakes Lewy Body Dementia Caregiver Support Group, which meets 10-11:30 a.m. the second Saturday of the month at Lake Shores Church, 704 U.S. 281 North in Marble Falls.

Tom's first wife, Pearl, suffered from Lewy body dementia for a decade. He was Pearl’s primary caregiver until the final year of her life, when she required more care than he could give her.

Tom realized he needed advice, encouragement, and understanding from those experiencing the same daily situation in which he found himself. He looked online for a support group that specialized in helping caregivers of dementia patients, and he found one.

“I realized, all the sudden, I’m a caregiver,” Tom said. “I didn’t apply for the job, but that’s the way it is for caregivers.”

Tom said caregiver support groups are very important because the stress of taking care of a loved one affects the person's own health. He noted that most caregivers die before the person they’re taking care of does, and he attributes that to the stress.

Being able to talk about what’s happening with loved ones, getting advice, and encouragement can’t be measured, he added. People in support groups share with the others the places that offer the best care, their experiences with certain medications, and other unique tidbits, Clark said.

“It gets them out to see other people,” he said. “It’s also a safe place to vent, to show your anger and frustration and grief. You can get ideas from other people. All this frustration and stuff you deal with is tough. You can help others and become an experienced caregiver. One bonus is, every once in awhile, you can laugh. That’s wonderful medication.”

More than 1,100 people in Burnet and Llano counties have Alzheimer’s disease, and Tom believes only 1 percent of caregivers attend a support group.

He believes the biggest reason so few attend is because some were raised to keep their personal obstacles and challenges to themselves, even though they might have other family members and friends who are experiencing the same difficulties.

One change he’d like to see is more doctors telling patients and caregivers that part of their treatment is to attend a support group.

The couple noted they know of people who are starting support groups in neighboring counties and inviting those with the same hardships to attend.

“But they don’t want to go public with it,” Kathleen said. “There’s shame.”

Sarah Hyde-Williams of Senior Living Advisors of Austin, a friend of the Clarks, said she was diagnosed with serious chronic diseases that led to depression. Her doctor insisted she begin attending a support group.

“I thank God for him,” she said. “It took all the courage I had to walk through the front door. It literally saved my life.”

She believes in support groups so much that she has created groups or helped others start their own.

Kathleen Clark said those who attend support groups are nonjudgemental, and people can always ask hospice groups to make recommendations of support groups in the area.

Tom Clark noted that when someone attends a group session for the first time, they usually begin to cry then they find comfort and healing.

“They realize they are at a table full of people who have done the same thing and have,” she said.

Kathleen said she hopes people who need a support group will seek one out. And she really hopes some people will change their mindsets about going, noting that those who have a disease receive sympathy, meals, and encouragement but those who have dementia or Alzheimer’s might not have the same type of support.

“I feel that’s why I came to Marble Falls,” he said.

“We have an amazing amount of support groups,” Kathleen said. “So way to go, Marble Falls. It puts us on the map.”

If you’re looking for a support group, visit 101HighlandLakes.com/EVENTS for a list of groups that are meeting. If you're the organizer of a support group that is not listed, email chatterbox@thepicayune.com with meeting information.