Nostalgia abounds at Cowboy Fudge and Candy Shop in Llano 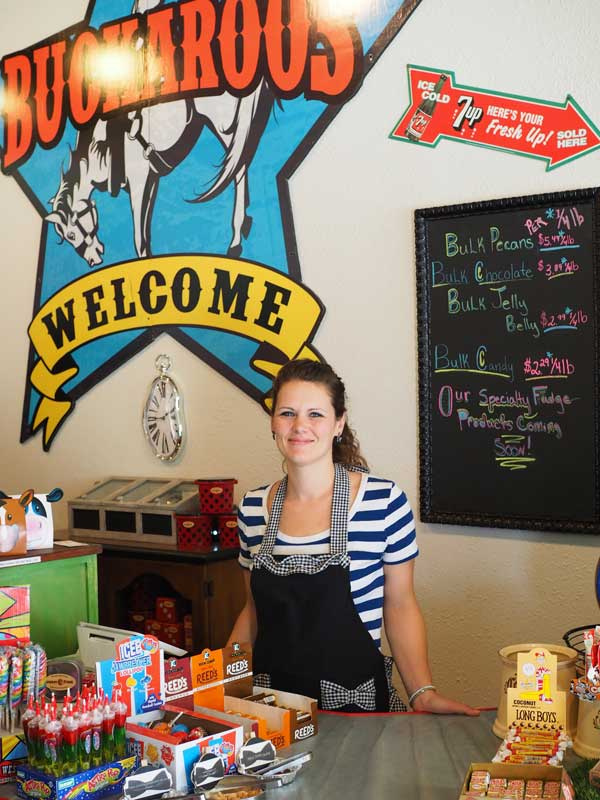 Nostalgia abounds at Cowboy Fudge and Candy Shop in Llano

LLANO — Jenny and Tim McSparin could have made fudge the easy way with a ready-made mix and a few added ingredients.

"That's what you find in a lot of those stores," said Tim as he named off several large chain stores. "But, that's not what I call real fudge."

Of course, going that route would have shaved hours and hours — maybe years — off the McSparins’ journey, which started with “We should open a fudge shop" and ended this summer with Cowboy Fudge and Candy Shop in Llano.

But for Tim and Jenny, it's not about doing things the fast way; it’s about going the best fudge way.

"I worked at a fudge shop in Fredericksburg, and when I told Tim making fudge, good fudge, was hard, I don't think he really believed me," Jenny said. “At first."

That hard work didn't just come about while creating one of their latest batches of fudge, which takes about six hours from start to finish. It actually began the moment the couple decided they didn't want to sell someone else's fudge or a pre-mixed variety. They wanted to create their own recipe.

"We've been working on this fudge recipe for 10 years," Tim said.

That's right: 10 years. The McSparins sampled fudge from other makers, always tasting for texture, flavor, and other fudgey features. Tim said the one that remained at the top of the list was Fredericksburg Fudge.

"He was doing something right, I just couldn't figure out what," Tim said. "That fudge always is among the best."

Searching the internet for “fudge secrets" didn't help. The truth is nobody tells the truth when it comes to making fudge, according to Tim.

"They all lie," he said with a laugh.

So he and Jenny would experiment. Trying this, adding that, subtracting this, cooking it like this — always noting what they were doing. The toughest part was getting the right texture: smooth but not too smooth.

"Yeah, it was an obsession," Tim said.

They would order "truck loads" of chocolate from the best makers in Europe, California, and elsewhere. Anything they could think of to create the best fudge, they tried and tested.

That epiphany led to the creation of Cowboy Fudge.

"We super-infuse so many ingredients but use much less sugar than other fudges," Tim said.

Now when they sample fudges, their recipe finishes at the top, right up there with other craft-style creations.

With the recipe and cooking method (they use true copper kettles in the process) perfected — with some tweaking as they learned — the McSparins had a great fudge but no way to share it with the public. Then one day, Tim tore his achilles tendon, forcing him to spend several weeks laid up and looking for a new career. He could no longer climb a ladder, which was a big part of his job finishing out homes, so he and Jenny explored the idea of opening a fudge shop.

But they wanted something special.

The McSparins rented a storefront on Ford Street across from the Llano County Courthouse. Tim covered the windows so people couldn't peek in and see what they were up to as they spent about a year transforming the building into Cowboy Fudge and Candy Shop.

Along with their fudge, the McSparins stock a bevy of candy choices, but not ones you'd find at grocery stores and, probably, not even at most candy stores.

"We have a number of vintage candies," Jenny said. "It's candy you really can't find many other places."

Candy such as Mallo Cup, Valomilk, Chuckles, and Cherry Mast line the shelves. In the back room, they set up bushel baskets full of different types of candy. Visitors take a popcorn bag, fill it up with candy, and pay by the weight.

Even the decorations, some specially made in Europe just for the McSparins, set this store apart from other shops. Tim's affinity for classic TV shows such as “The Andy Griffith Show” shine through.

"We wanted something that, when someone came in, they'd leave wanting to come back," Jenny said. "We wanted an experience as much as a store."

"There are so many people coming and going through town, we wanted to give them something that kind of stood out," Tim said. "We didn't just want a candy store that had some shelves and some of the typical candies. Hopefully, when they come in, they're already starting to think, 'When can I come back?’

"I wanted something Llano could be proud of," he added.

Along with the candy, the McSparins stock a line of specialty sodas, ones with real sugar.

"And we also have a variety of specialty toys," Jenny said.

Of course, they sell several flavors of Cowboy Fudge. The McSparins also frequently rotate any unsold fudge to maintain the products’ freshness. With no artificial ingredients or preservatives, Cowboy Fudge isn't meant to stay on the shelf for years or even months; it’s meant to be fresh and flavorful.

The McSparins could have taken an easier path to creating their fudge and opening a candy shop, but that isn't their style.

And that love is something people taste with each bite of Cowboy Fudge.

"Or, if the horse is outside, we're open," Jenny said. You'll understand when you see the horse. 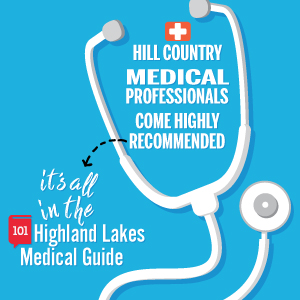