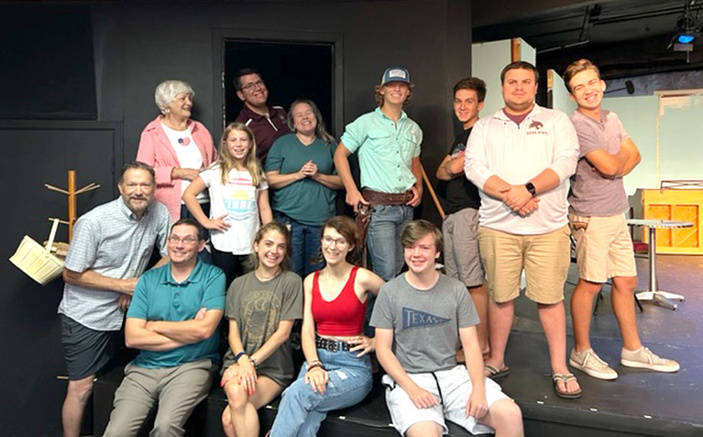 "Destry Rides Again" is based on the story by Max Brand and began its theatrical life as a 1939 movie starring James Stewart and Marlene Dietrich. The film was later reinvented as a Tony Award-winning Broadway musical in 1959 starring a young Andy Griffith.

Since then, the dialogue has been updated to reflect changing social norms, but it hasn’t lost its energy.

The story centers on the town of Bottleneck, now being overrun by the nasty Kent Gang, which takes out the sheriff when he asks too many questions after a crooked card game. Kent appoints a new sheriff (the town drunk), who then calls in a favor from his old friend, Tom Destry. Tom sends his daring son, Tom Destry Jr., to rid Bottleneck of its unsavory residents, and he falls in love with the sassy saloon girl. Singing, dancing, and gunfights make for fun and lively entertainment.

“This show has such an impressive old history,” said Patty Gosselin, the theater's executive director. “Texans love a good Western, and we are very excited to be presenting a young spin on the story with our cast and production team.”

Tickets are $25 for adults and $15 for students with an ID. They can be purchased online (with a service charge).