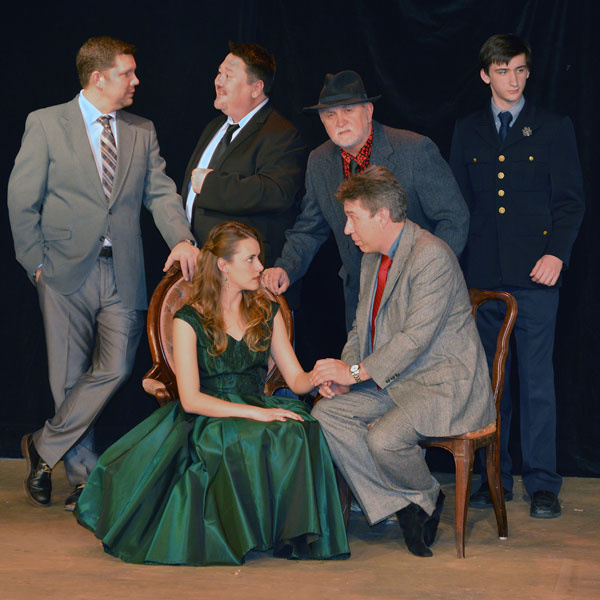 COTTONWOOD SHORES — Ex-tennis pro Tony Wendice has a plan. He’s going to kill his adulterous wife, Margot, and get her money by blackmailing some scoundrel to commit the murderous act for him.

But the plan takes an unforeseen turn when the man he gets to kill his wife, Legate, ends up getting killed in the process, while his wife lives. A normal person would have seen this as a major stumbling block, but Wendice recovers and rolls along with it.

Now you have the foundation for a suspenseful mystery.

The Hill Country Community Theatre brings “Dial ‘M’ for Murder” to the stage Feb. 18-March 6. Performances are 7:30 p.m. Thursdays-Saturdays and 2:15 p.m. Sundays at the theater, 4003 RR 2147. The screenplay by Frederick Knott was made famous by Alfred Hitchcock in his 1954 film.

Admission is $20 for adults and $10 for children and students with a valid ID. Tickets go on sale Feb. 8 to theater members and Feb. 11 to the general public. Reservations may be made by calling (830) 798-8944 or visiting thehcct.org or the box office noon-4 p.m. Monday-Friday.

Filled with lots of intrigue, this classic murder-mystery is filled with suspense scene after scene. Mike Rademaekers is directing this production, while Holden Fox is serving as assistant director.