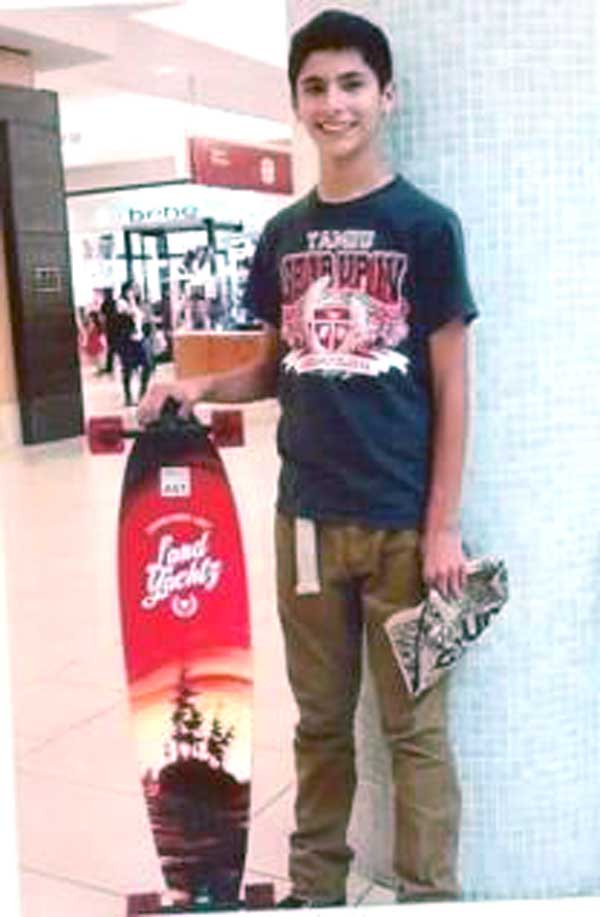 Santiago Vega, 17, was killed in a collision on Texas 71 in Spicewood on Nov. 28. Courtesy photo

“A horrible, horrible situation,” he said.

The pastor of Elevate Church and his wife were traveling on Texas 71 East in Spicewood to Austin when they saw a Ford Focus that was flipped and on fire after another vehicle hit it. Inside the Focus were 46-year-old Cynthia Vega, 50-year-old Justino Rodriguez, and 17-year-old Santiago Vega.

The other vehicle, a Subaru, was traveling “at a high rate of speed,” according to Texas Department of Public Safety officials, when it crossed into oncoming traffic at approximately 8:20 a.m. and struck the Focus head on. A tractor-trailer then hit the Focus, flipping the car on its side.

Wenger said he grabbed a fire extinguisher to put out the flames but quickly realized he didn’t have the tools to get the three out of the vehicle.

So, the pastor did what he was called to do. He prayed for them, he quoted scripture, and he offered as much comfort as he could. He saw the symbols inside the car that showed the family’s belief in God and reassured them they weren’t forsaken or forgotten.

“I couldn’t imagine feeling alone,” Wenger said. “I prayed to them, I spoke to them. I was the only person there talking to them, and I believe it was peaceful.”

Cynthia Vega and her son, Santiago, died in the crash. They were from Marble Falls, but Santiago attended Lake Travis High School.

What Wenger didn’t know that day was that Santiago spent some of his free time at Falls Creek Skatepark in Marble Falls. Elevate Church members know many of the regulars at the skatepark, where the church holds contests for the youth. Wenger was told about the connection after news of the tragedy reached his younger friends.

And that connection between Santiago and the skatepark community is why the church is holding a memorial service for the boy so his friends can pay their respects to him.

“We thought it’d be great to do something in honor of him,” Wenger said. “We’ll give the kids an opportunity to share about Santiago.”

Once the service wraps, the skaters will grab their boards and ride in honor of their friend. Elevate Church will have giveaways and provide music.

Wenger said he envisions this part of the evening the way it’s described in Luke 15.

“In every one of those stories, the lost is found, and there’s a party thrown,” he said. “When people know Jesus or find Jesus, we should celebrate that. We’re celebrating Santiago’s life because he knew Jesus.”

As he stopped at the crash scene that day, Wenger said he wasn’t sure what he should do. After all, the smell of gasoline was in the air, and he could clearly see the flames on the car.

“I couldn’t imagine being in a situation like that,” he said.

Wenger said the tragedy that befell the Vegas made him a better person to those he loves.

“I realized it made me more conscious of people, that life is short,” he said. “When there’s an opportunity presented, what do you do? Do you engage? Do you back up? God helped me to be at the right place at the right time. When people need you, they need — not when it’s convenient. I thank God He gave me the opportunity.”