Bald eagles on their way to Highland Lakes 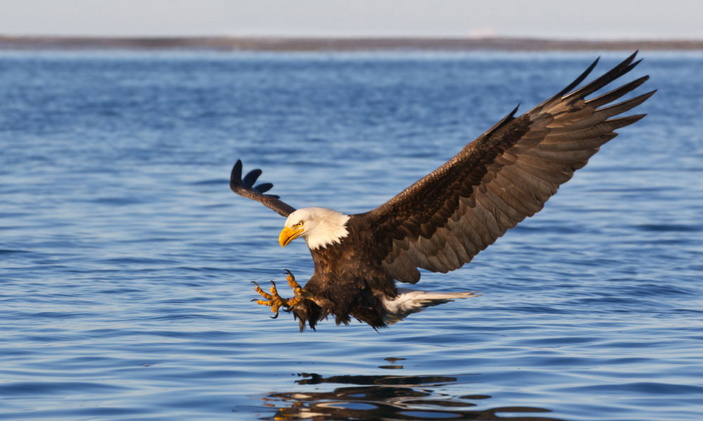 More than 9,700 nesting pairs of American bald eagles have been counted in the United States in 2020. That’s up considerably from 1963, when only 417 were counted. After years on the Endangered Species List, eagles made a comeback and were removed in 2007. iStock photo

Bald eagles on their way to Highland Lakes

Canyon of the Eagles resort spotted the first American bald eagle of the season over the Labor Day weekend. The national symbol of the United States, bald eagles are the Highland Lakes’ most famous Winter Texans.

Eagle expert Tim Mohan, tour guide for Vanishing Texas River Cruises in Buchanan Dam, said the earliest report of the wintering raptors over the past 15 years was Aug. 31. The latest was the third week of October.

“The third week of September is probably an average time for when the eagles start to show up,” Mohan said. “If it’s been real hot (up north), they wait until the first of October.”

For the past two years, the first birds were spotted along Beaver Creek, which flows into Lake Buchanan and is on the Vanishing Texas River Cruises route.

“Buzzards Roost is pretty much where they like hanging out when they first get here,” Mohan continued. “Then, they spread out a bit more.”

The sweet spot on the calendar for American bald eagle viewing in the Highland Lakes is November through March. Depending on the weather, February is prime time. As many as 15-20 birds are often spotted on what Mohan calls “a good sighting day.”

“We’re pretty excited we’re going to have a good eagle season this year,” he said.

Vanishing Texas River Cruises is currently running at one-third capacity, 35-50 people per trip, to keep in compliance with COVID-19 regulations. For days and times, visit the VTRC website or call 512-756-6986.

IN THE GARDEN: Red doors and purple posts?

IN THE GARDEN: You can't beat beets in the fall
More 101 News
Advertisement