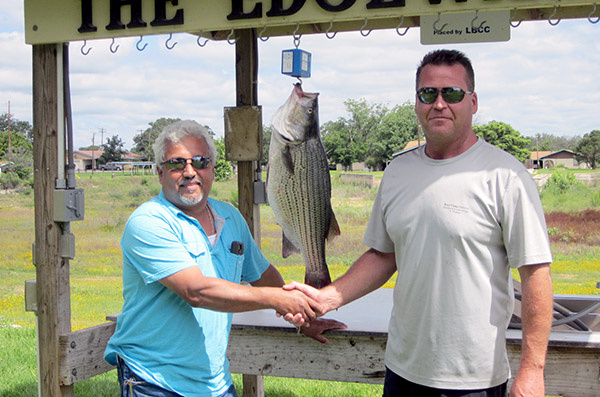 MARBLE FALLS — A favorite pastime of locals and visitors alike is fishing on the Highland Lakes. And the experts say bagging freshwater fish is easier if anglers follow a few simple rules.

One of them is knowing the kinds of fish and in which lakes you can find them.

“Even without the lake being full, it’s a huge lake full of fish,” she said. “I found that so interesting. The white bass were able to adapt to the drought and still be prevalent.”

Fishing at Inks Lake is more about catching the big one, which might test an angler’s patience.

“That’s the lake you go where you don’t catch fish the first two times, and then you catch the trophy fish,” she said. “Lake Buchanan is where you find the number of fish for the state limit.”

Gardner said she isn’t out to catch “the big one” though.

“My circle of people and I catch until the freezer is filled enough,” she said. “When the relatives come, they always want to do a fish fry. And if we catch a big one, we throw it back.”

The reason, she said, is because she wants visitors to catch the bigger fish and then come back for more.

“I’m having fun out on the water,” she said. “When you catch a big fish, it does something to you. It’s addicting. We want everybody to feel that.”

One of his rules is looking for milfoil and hydrilla, two plants that grow in water. He said the plants can cause havoc for boaters, but bass love them. So Stripling finds a spot near the plants before dropping a line.

“For bass fishing, (the plants are) extremely helpful,” he said. “It gives (the bass) a place to hide. (The plant) grows in shallow water, but, as it gets deep, it dies off. I look for where that grass is growing.”

He also examines docks because fish enjoy the timber and large rocks poking out of the water.

“There’s going to be all kinds of fish sitting around that point for bass and catfish,” Stripling said.

And just like the early bird gets the worm, Stripling said the timely angler will catch the fish.

“During the day when it gets hot, it’s going to be harder to catch fish,” he said. “Capitalize on the early bite.”

To Stripling, a former student-angler at Marble Falls High School, Lake LBJ is a top 10 lake for bass fishing. He pointed out that 2015 Texas High School champions Chase Hix and Matt Nicholas of Wildcat Fishing caught five fish weighing a total of 26 pounds and 15 ounces. The top six finishers had total weights of 20 pounds or more.

In 2014, the state championship team of Joe Beebee and Will Brady of The Woodlands College Park set a national record with five fish weighing 32 pounds.

“That tells you it’s one of the best fishing lakes in Texas,” Stripling said.