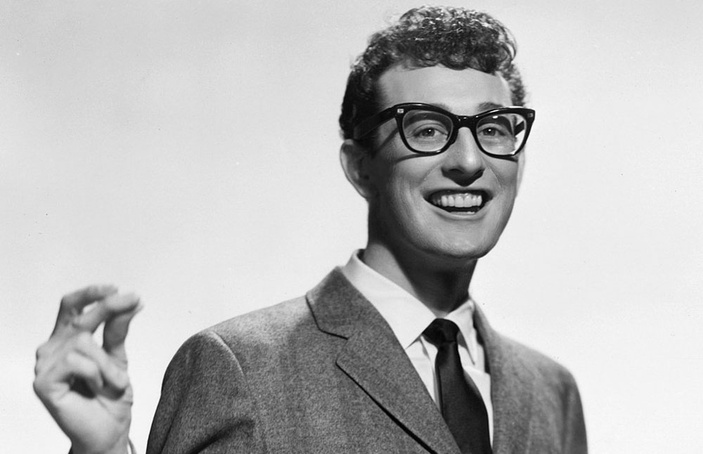 When a small plane crashed on Feb. 3, 1959, near Clear Lake, Iowa, it ended the lives of three popular musicians: Buddy Holly, Ritchie Valens, and J.P. Richardson, known as The Big Bopper. They were on the “Winter Dance Party” tour across the Midwest at the time.

It was a dark day in rock ’n’ roll history, but their music lived on.

And it comes to life again Saturday, Feb. 2, during the third annual Winter of ’59 Dance Party at the Globe Theatre in Bertram. Theater owners Lance Regier and Zach Hamilton are throwing a big party to celebrate the three legends and their music as well as the 1950s.

“In true spirt of the times, we added a pre-show classic car drive-up, behind-the-scenes video, including authentic pictures from the original show, and a Best Dressed of ’59 contest,” Regier said. “We really want to make it feel like 1959 all over again.”

Then, at 8 p.m., the live music tribute takes the stage.

This year marks the 60th anniversary of the last show of Holly, The Big Bopper, and Valens.

The idea for the live music tribute started bouncing around Hamilton’s head just over three years ago during the Oatmeal Festival when several musicians, including Raby and Wilson, put on a show at the Globe. Wilson mentioned to Hamilton that he performed a number of Holly songs.

Wilson also had a lot of knowledge about the original Winter Dance Party tour after having several conversations with Holly’s wife, Maria, and guitarist, Tommy Alsup.

At one point, Hamilton tossed out the idea of holding an annual revival of the Winter Dance Party at the Bertram theater, Regier said. Wilson and Raby jumped on board.

“That kicked it off,” Regier said.

Tickets for the all-ages event are $15 and available at globetheatretx.com or at the door. The Globe Theatre, located at 132 W. Vaughn St., is a cash-only venue.