Legend of the Bear King of Marble Falls 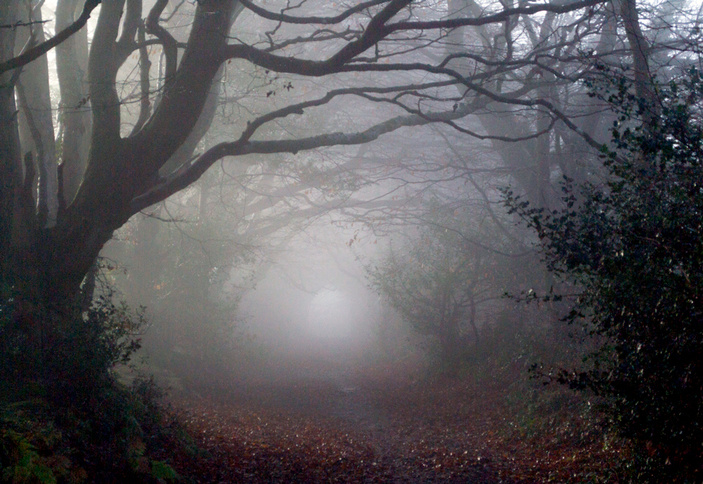 Does a 'Great Bear Man' lurk in the woods of Marble Falls? According to a 1901 account in a Washington state newspaper, it's possible.

Legend of the Bear King of Marble Falls

“Carried Off A Girl.”

It’s a headline that beckons you to read on.

Those words are followed by: “Last Depredation of the ‘Great Bear Man’ of Texas.”

You want to know all about this “Great Bear Man,” especially when it reportedly happened just outside of Marble Falls.

Legends and mysteries. They tantalize and get us wondering, “Could it be true?” How else have we clung to stories of Bigfoot and the Loch Ness Monster for eons? We want something that defines all logical explanation to exist. It gives us a sense of the unknown, a mystery.

Which brings us back to the Great Bear Man of Texas, also known as the Bear King.

Now, the Bear King isn’t the only monster that allegedly lives in these parts.

La Chupacabra, a blood-sucking creature with a taste for goats has been reported in Texas, including the Hill Country, over the years. Occasionally, someone finds the body of a chupacabra, but it often turns out to be a coyote or fox with scabies.

There’s always a chance a true chupacabra is lurking among the cedar and mesquite of Central Texas.

As for Bigfoot, we tend to think of the Pacific Northwest, Canada, and remote wooded regions as being home to this cryptid, which refers to a species some believe to be real despite no scientific evidence. Yet, Texas claims a number of Bigfoot hotspots, especially in the Big Thicket and Piney Woods of East Texas.

In 2013, Susan Sullivan published the book “Texas Bigfoot in My Backyard: Based on Actual Events” in which she outlines her family’s experience with a creature on their 100-acre Central Texas property. She doesn’t exactly say in what town she and her family live, but what she describes fits a Hill Country setting.

Chupacabras and Bigfoot have been spotted in many locations.

The Bear King, however, that’s a Highland Lakes legend. 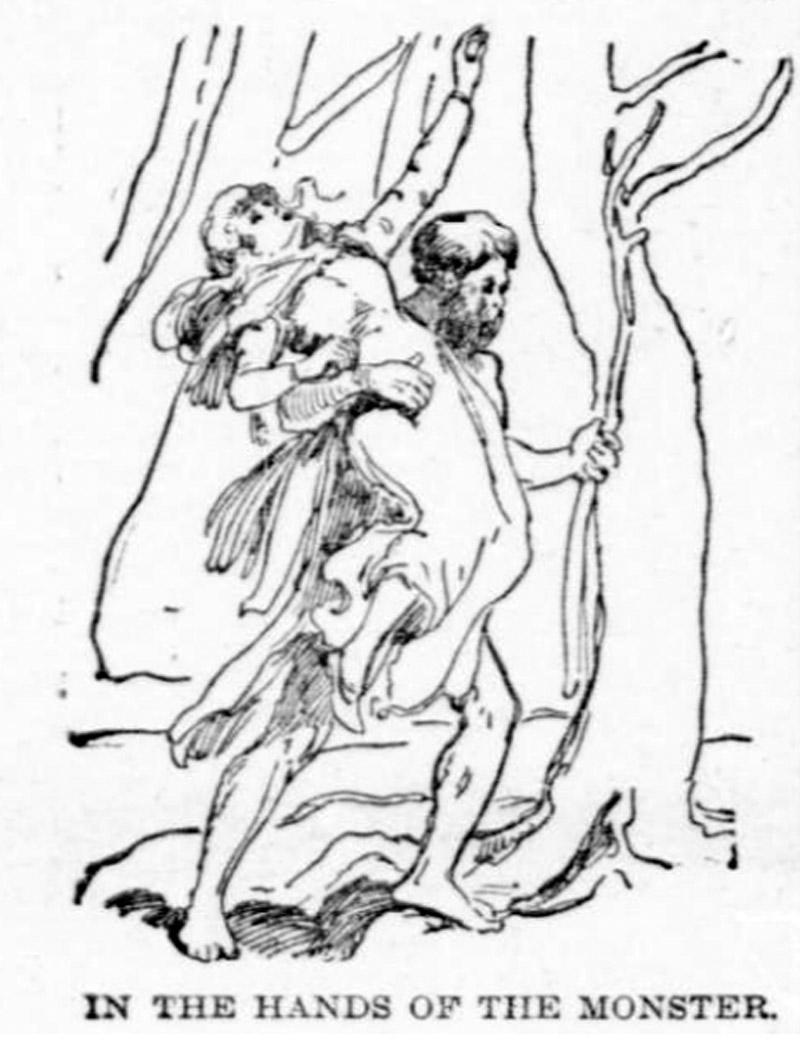 An illustration of the ‘Great Bear Man of Texas’ that accompanied a story that supposedly happened in Marble Falls as reported in the May 11, 1901, edition of The Washington Bee. Library of Congress archives

The story, as far as I can find, first appeared in the May 11, 1901, edition of the Washington Bee — as in Washington, D.C. I’ve yet to find a local article at that time or even a reference to the event I’m about to share with you.

Maybe it was so terrifying for residents that it was kept out of the local papers.

According to the story, Ramie Arland was “a pretty girl and the acknowledged belle of Marble Falls.” One evening, her mother sent the girl out to gather the family’s sheep, which were grazing nearby.

As her mother went about her own work inside the Arland home, Ramie’s scream pierced the evening air. Fearing for her daughter’s life, the woman raced out the door, where she heard more screams.

One of which was not her daughter’s but “the scream of a panther.”

Thinking that Ramie interrupted a mountain lion attacking the sheep, the girl’s mother dashed back into the house, grabbed a gun, and charged into the woods. She searched the area but found no sign of Ramie. Distraught, the woman returned home to gather others for a search party.

Folks combed the woods through the night but didn’t find Ramie, not even a single trace of her. No blood. No shredded clothing. No sign whatsoever.

According to the story, as Ramie was tending the sheep and making her way along a trail, a “large black bear suddenly appeared” in front of her. The bear, wanting nothing to do with the girl, sprinted away. Then, “a curious-looking animal, running on four feet, sprang out of the chaparral into the trail.”

It was not a bear. Ramie thought it looked somewhat human, recalling a Kickapoo legend about the Bear King. The creature grabbed the girl, glared into her eyes, and let out a horrid sound.

The belle of Marble Falls thought surely the creature would tear her to pieces, but, instead, it tossed Ramie over its shoulder and raced toward the nearby mountains.

The creature lugged Ramie for miles until it reached its lair, a wretched-smelling cave tucked away where no human could find it.

Ramie believed this was the end of her. When the Bear King tossed her to the ground and left her lying there, she saw her chance and dashed for the cave’s entrance. But the creature grabbed her and hit her about the head.

The girl gave “herself up for lost.”

As she waited for the inevitable, Ramie noticed the Bear King getting tired. He slumped to the cave floor and fell asleep.

She remained patient and waited for at least an hour, then fled the cave.

The day after her disappearance, a hunter came upon a young, disheveled girl who was “aimlessly walking.”

The hunter helped her home, where her relieved mother was waiting.

Ramie quickly recovered from her ordeal and told everyone about her encounter with the Bear King.

A group of hunters headed out toward the mountains bent on killing the beast.

They found the Bear King and confronted it.

The creature stood up to the hunters, snapping and grinding its teeth while beating its chest. It roared at the men and let out a scream like a panther’s. The men took aim but hesitated.

It looked so human.

But the Bear King, full of rage, charged the men. Their gunfire brought it down.

So, was this some half-man, half-bear creature or maybe an animal unknown to science? Some cryptozoologists speculate it could have been a Bigfoot. 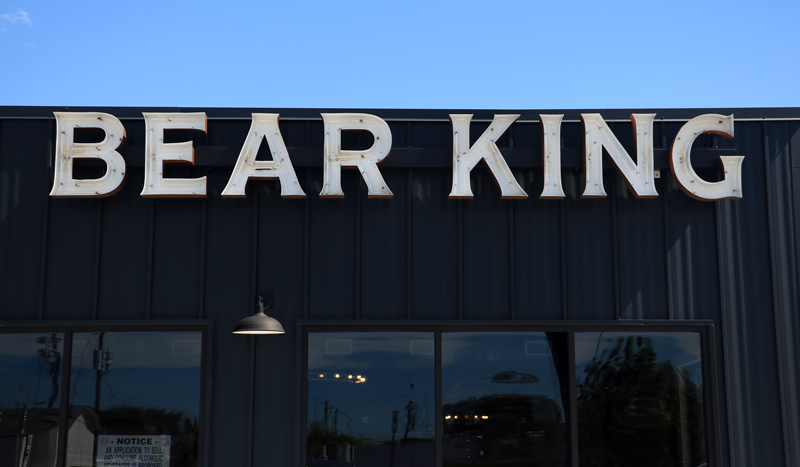 There is definitely a Bear King in Marble Falls, but it's the new brewery at 207 Avenue G behind Blue Bonnet Cafe. Owners named it after the legend. Staff photo by Jared Fields

We’ll probably never know as there isn’t anything else to go on other than Ramie’s account.

Even though the article ran nationally in the Washington Bee and, apparently, the San Francisco Chronicle, there are some discrepancies in the story. The reporter refers to the Moon Mountains outside of Marble Falls. But, as you know, the area doesn’t have any true mountains and, specifically, any Moon Mountains. You might also wonder about the bear with which Ramie first crosses paths on the trail. While there aren’t any black bears in the Hill Country, especially in southern Burnet County, wildlife experts do believe the animal once lived here.

Then, there’s the Kickapoo legend Ramie recalls, but the tribe wasn’t known to have been in the Marble Falls area.

The Kickapoo did travel through Texas on their migration from the Midwest to Mexico, so it’s possible Kickapoo stories made their rounds in Texas, even finding their way to Ramie Arland’s ears in Marble Falls.

Yet, after trying to find any Kickapoo legend of the Bear King, I came up empty.

As far as I can tell, the story didn’t appear in any local publications, and I didn’t find it in local history texts. I also haven’t found the name Arland in Marble Falls or Burnet County during the time, or even several years past, the Washington Bee article was published.

Here’s the thing, though: I can’t prove it didn’t happen either. It’s a local legend after all, even if the original references appear in Washington and San Francisco newspapers.

It might even make you pause as you walk along a trail in the Highland Lakes and hear rustling in the brush. Could it be the Bear King of Marble Falls?

So, what were they supposed to have done with the Bear King body the hunters killed?