Not everyone made it out of Llano's Red Top Jail 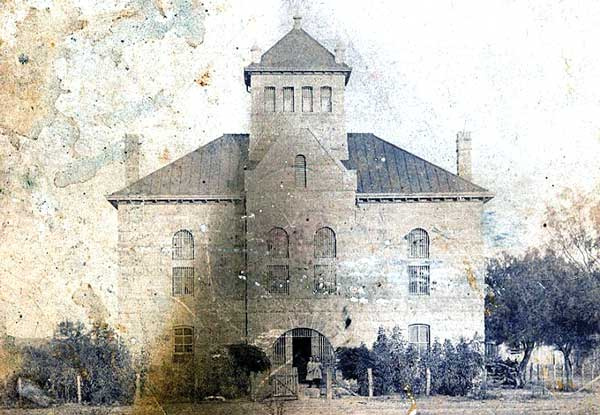 An old photo of the Red Top Jail in Llano. Courtesy photo

Not everyone made it out of Llano's Red Top Jail

LLANO — They built the gallows to send a message to anyone aiming to do “no good” in Llano County. And in 1895, Llano was booming thanks to the large number of minerals found in the area. County officials believed they needed a better jail, so the Red Top Jail entered the scene.

The name comes from the red tile roofing, but there’s something else possibly lingering under those tiles. You see, some say the jail is haunted.

There’s no record of anyone actually being hanged in the jail’s gallows, though there are stories they were. But over the years, jailers, inmates, and even ghost hunters have told tales of something in the jail. One ghost-hunting expedition, though it seemed uneventful during the actual hunt, turned up what sounded like voices on a recorder when they listened to it days later.

The county built the jail for $11,500 in 1895. It features a Romanesque revival architecture style. The jail had eight cells on the second floor to accommodate four prisoners each. The third floor — referred to in the past as the “dungeons” — had more cells. The fourth level, however, boasted the gallows.

One of the unique features of the jail was that the first floor served as the home for a jailer/deputy and his family. So kids possibly grew up in the building.

Now that brings us to one of the hauntings.

Kim Webb, a volunteer with the Friends of the Red Top Jail, told 101HighlandLakes.com that, during renovation of the jail, workers heard someone coughing near the area of the gallows. With all the dust caused by the work, it was a very possible scenario.

But as the workers went up to investigate, they found the gallows vacant. It left the crew with an eerie feeling. They even turned up the radio to “drown out the noises.”

Webb also shared an account of when she heard little girls laughing inside the Red Top Jail, though the building was secured and locked from the outside.

But those aren’t the only tales. 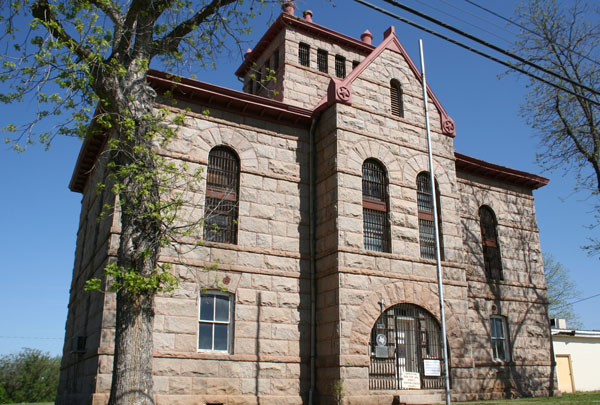 One former inmate, who spent a few days in the jail in the 1970s (it remained active until about 1982), recalled getting yelled at one morning by a jailer for constantly flushing the toilet. She blamed him because he was apparently the only inmate staying in the Red Top that night.

The only thing was, he never flushed the toilet once during the night.

In November 2010, a couple of ghost hunters spent the night in the Red Top Jail the day after Halloween. They said they had a “conversation” with a ghost named Barry using a flashlight to communicate. The paranormal investigators spoke with the ghost, even showing it a photo of its family that was taken in 1904. A flashlight went on and off, possibly triggered by Barry.

The list of ghostly interactions continues, some reporting occasionally smelling fresh-baked chocolate chip cookies emanating from the lower floor in what was once the kitchen area. Others just speak of getting “bad vibes” from the Red Top Jail.

The Friends group gave regular tours for a number of years, even holding a haunted house several years ago, but suspended much of the activity due to concerns about the building’s structure. But the group raised money and got many of the problems addressed.

The jail is located at 400 Oatman St.