‘The Ozone’ near Oakalla a ghostly drive with whispers of tragedy 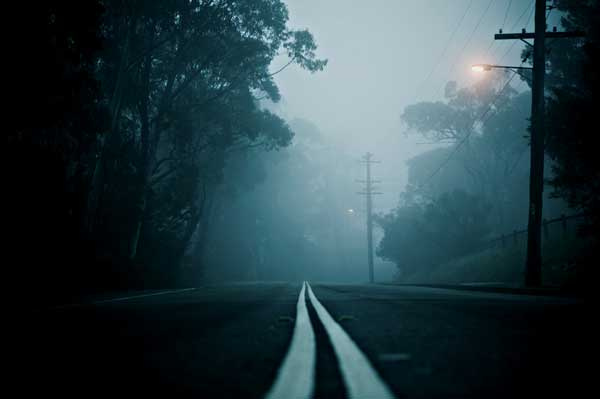 Legend has it that somewhere near Oakalla in Burnet County, a school bus full of children ran off the road and plunged into a river. Now a ghostly pair of headlights haunts that stretch of road known as 'The Ozone.'

‘The Ozone’ near Oakalla a ghostly drive with whispers of tragedy

OAKALLA — The evening sun is dropping low in the sky as the world gets ready for slumber. The road I'm traveling, RR 963 just west of Oakalla, winds along for a stretch, basically mirroring Rocky Creek.

A pair of headlights come on behind me. Not close enough for me to make out the occupant but near enough to see it's a truck. It’s not something about which you would usually worry, but I’m not on just any stretch of road. It’s "The Ozone," an area with a possibly macabre past that gives drivers knowledgable about the legend some dread if they find themselves in this part of Burnet County after sunset.

The lights keep their distance as I continue east toward the community of Oakalla and begin a more southernly route on RR 2657.

The Ozone isn’t as well-known as other "haunted" areas in the Highland Lakes. It has a questionable past. There are only a few references to the area online and more reliable sources such as library records are even more difficult to track down. According to legend, somewhere in this part of far northeast Burnet County a school bus filled with children plunged over the side of a bridge into a river.

The story goes that the bridge has long since been condemned and replaced by a new one. There's also a white church near an intersection that leads to the new bridge.

Only, this account doesn't specify on which road the tragedy happened; just that it's long, twisty, and hilly. This part of 963 and 2657 fits that description. And there's a point where 963 crosses over Rocky Creek.

Just to the north is a portion of the Lampasas River, but 963 doesn't intersect with it, though a few smaller roads might.

I couldn’t find any references at the library to a school bus accident. That doesn't mean it didn't happen. Depending on when it might have occurred, the news coverage could have been thin.

Or, like many tales, the truth got lost in the legend. A bus could have run off the road many years ago near a river in this part of Burnet County, but as time passed, the story evolved into something more sinister.

But back to my night drive. Part of The Ozone story that has me on edge is that, as drivers are going along, a set of truck headlights appear out of nowhere and chase them down until they crash. The lights behind me, still a safe distance away, are a bit concerning.

Could this be the truck to which the legend refers? I slow down as I approach a curve in Oakalla and begin a more southern trajectory. I note a historical marker, another item listed in The Ozone legend, but I have no idea if this is the one.

My reduction in speed gives the lights behind me a chance to close the distance. I come out of the curve and head south. The truck edges even closer.

I begin to look for places to pull off the road — or safer "crash" sites. I hear something that sounds like wailing. As The Ozone legend goes, people have reported hearing children screaming, even years after the bus crash.

The truck moves even closer. I begin to eye the distance between us. It's less than 10 car lengths. By this time, the sun has dipped low enough that the dusky sky doesn't offer enough light to see who's behind the wheel. All I see are a pair of blazing globes bearing down on me, preparing to claim another victim for The Ozone.

Then, as quickly as the truck approaches, the left blinker comes on and the vehicle slows to turn off the road, revealing a late-model Chevy with a driver who is probably heading home and not at all interested in the imagination of the lone occupant of the car in front of him.

I laugh at myself, then quickly realize I'm slipping toward the ditch. I slow down again, get back on the road, and continue. The wailing, well, it's the radio that I turned down. The songs are barely audible, droning on in the background.

So much for my haunted experience. It turns out to be a nice drive with an active imagination. I turn off the radio, roll down the window, and just enjoy the quiet night.

Then I see them behind me — another pair of headlights that seem to have come out of nowhere.

These are two different locations, the actual bus story driving off a bridge was in Madell Tx and yes the bridge is still there but not open to traffic but you can walk across is and walk down below to the Lampasas river for a swim

Thanks, Daniel. Another great story. I'm enjoying your ghost stories.