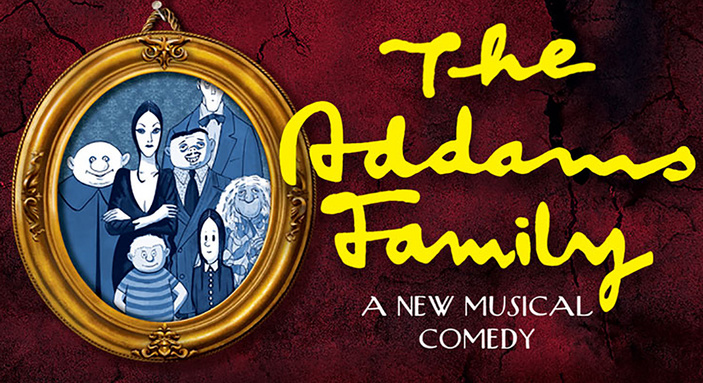 The Hill Country Community Theatre is casting its production of “The Addams Family." The musical comedy is based on cartoonist Charles Addams' "creepy" and "kooky" characters, which were later developed into a popular TV show and films.

The musical's book is by Marshall Brickman and Rick Elice; music and lyrics by Andrew Lippa. Mike Rademaekers directs with Christine Ashbaugh as music director and Kristi Stere as choreographer.

Auditions are Monday, May 10, and Tuesday, May 11, at 7 p.m. and Saturday, May 15, at 2 p.m. at the theater, 4003 FM 2147 West in Cottonwood Shores. Sides from the script will be provided at the audition for cold readings. Bring a music track for the singing audition or be prepared to sing a cappella.

The production runs July 16-Aug. 8 with performances at 7:30 p.m. Fridays and Saturdays and 2 p.m. Sundays.

“The Addams Family,” a comical feast that embraces the wackiness in every family, features an original story. It is every father’s nightmare: Wednesday Addams, the ultimate princess of darkness, has grown up and fallen in love with a sweet, smart young man from a respectable family — a man her parents have never met. And, if that was not upsetting enough, Wednesday confides in her father and begs him not to tell her mother. Now, Gomez Addams must do something he’s never done before: keep a secret from his beloved wife, Morticia. Everything will change for the whole family. They host a dinner for Wednesday’s “normal” boyfriend and his parents on a fateful night.

GOMEZ ADDAMS: A man who takes great pride in his family and revels in all it means to be an Addams. He struggles with keeping his daughter's secret from his wife, whom he adores more than death. Smart, comedic actor with tenor vocals.

MORTICIA ADDAMS: A woman who is in shape, attractive, leggy, the strength of the family. She holds the balance of power in the family. She often seems like the only emotionally mature member of the clan. An easy comedic actress with a sexy, dry wit. Feels her husband is hiding something from her and will use any tactic to lure the secret out. A strong mover with mezzo vocals. Tango dance required.

UNCLE FESTER: The androgynous family member who serves as the musical’s narrator. He is larger than life, an energetic, joyous, child-like presence. A vaudeville-style comedian with tenor vocals.

WEDNESDAY ADDAMS: Wednesday is an attractive girl with the same dry wit and sensibility as her mother. Finds love with a “normal” boy (Lucas) and wants to introduce his family to hers. Experiences the youthful drama that comes with first love. Lucas can put a smile on her face. Should be able to dance. Strong pop belt vocals. To look 16-21 years.

GRANDMA: She is a feisty 102-year-old woman. Fun and quirky, but do not mess with Grandma. Comedic actress with strong character vocals. To look 45-102 years.

PUGSLEY ADDAMS: A young actor who plays 12 years old. A charming, funny, husky boy who loves being tortured by his sister. He wants to ensure he will not lose his sister to her new boyfriend, so he takes matters into his own hands. Strong, high vocals. To look 12-16 years.

LURCH: A very tall male character, the Addams butler, who knows all. He speaks in moans and groans without becoming a cartoon version of himself. His movement is always very slow. Character actor with a low bass vocal to Eb.

MAL BEINEKE: Stuffy father of Lucas and exasperated husband to his rhyming wife, Alice. At one time was a follower of The Grateful Dead but has lost that side of himself. Always looking out for his family. Male actor with high baritone/tenor vocals. To look 40-50 years.

ALICE BEINEKE: Mother of Lucas. Devoted to her family, so she puts aside her own desires. A quirky female who often speaks in rhyme. While at the Addams Family dinner party, she drinks a potion that causes her to let her hair down and speak her truth. Comedic actress with soprano/belt vocals. To look 35-45 years.

LUCAS BEINEKE: Attractive young man. Fell in love at first sight with Wednesday Addams and plans to marry her. Experiences the youthful pain and drama of young love and struggles with the differences between his family and the Addams family. Contemporary pop tenor vocals. To look 16-21 years.

THE ANCESTORS: Male and female ensemble singer/dancers who have a fun, energetic, and quirky sensibility. Cameo roles available. All ages.

For more information on the auditions, contact the theater at 830-693-2474 or director@thehcct.org.

The Hill Country Community Theatre is a nonprofit organization. For more information, schedules, and tickets, visit its website.