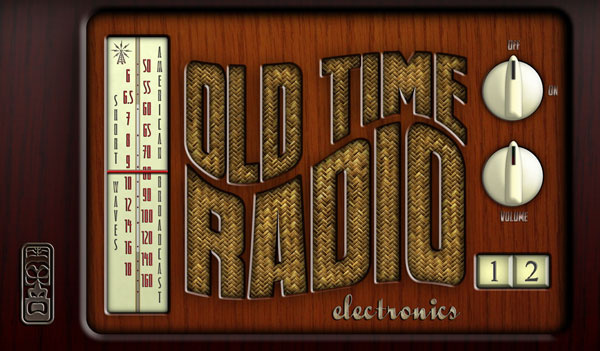 COTTONWOOD SHORES — The beauty of old-time radio was the true creativity of the on-air personalities. They came up with skits and ideas on the fly, even if they had a plan.

The Hill Country Community Theatre’s Kay Baker and Patrick Lescarbeau (the minds behind many things, though nobody’s really sure what sometimes) are performing “Hill Country Christmas on the Air."

“It’s based loosely on some Abbot and Costello routines, but there’s a lot of other things we’re doing as well,” said Baker, who is also a part of the KBEY 103.9 FM Radio Picayune "Wake-Up Call" team. “Patrick came with this great script that is like a 1940s radio show, but it intertwines Christmas carols in it.”

And the audience is invited to sing along.

This is also a first of what HCCT officials are calling “pay-what-you-can" events.

“Basically, you just pay what you can at the door,” Baker said.

HCCT executive director Make Rademaekers explained the theater is trying to encourage more people to come out to its productions.

“We realize that not everybody can afford our regular ticket prices, or they aren’t sure if they’ll like it, so they decide not to even try,” he said. “With ‘pay what you can,’ people can pay whatever they want.”

“Some people have never experienced live theater and may think it’s out of their reach,” she said. “Maybe this is that opportunity to give it a try.”

During a regular production for which the theater needs scripts, it must pay royalties, which basically are part of the pricing. Baker explained that since Lescarbeau wrote this script himself, there’s no royalty fee required, freeing the theater to try the “pay-what-you-can” idea.

“Hill Country Christmas on the Air” is set in a radio studio with the two on-air personalities bringing their variety show to life in front of a live audience. Baker said that while they’ll have the script, both her and Lescarbeau can also go with the flow if the need arises.

“It’s just like one of the old-time radio shows,” Baker added. “It’s a great script, lots of fun going on, and there’s chances for the audience to interact, especially singing the carols.”