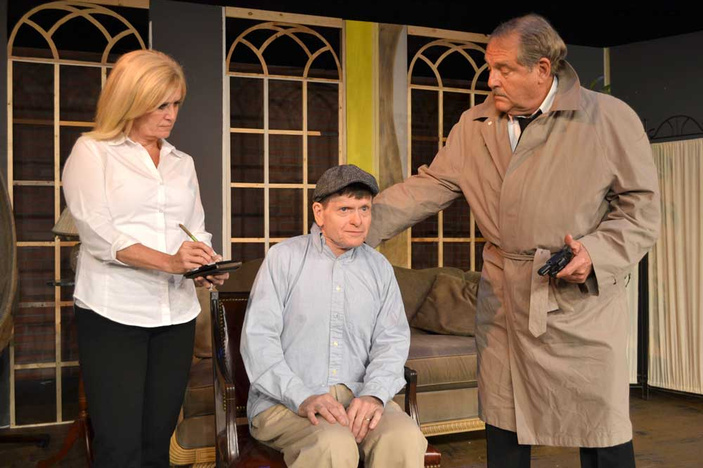 COTTONWOOD SHORES — Just when you think you’ve solved the case in “Murder Weapon,” more evidence is presented, making you question your conclusion.

That’s how director Laura Gisi described the latest Hill Country Community Theatre production, which runs April 20-May 7. Performances are 7:30 p.m. Thursday-Saturday and 2:15 p.m. Sunday at the theater, 4003 RR 2147 West. Lobby doors open an hour before the first curtain. Tickets, which go on sale Thursday, April 13, are $20 for adults and $10 for students with valid IDs and may be purchased at thehcct.org or at the box office.

“It’s kind of a suspicious thriller, it’s a whodunnit mystery,” Gisi said. “It’s a story of a murder case that seems to be open and shut until clues emerge that things may not be what they seem. It’s smartly written, which is great for those who like challenges. They’ll be happy if they figure it out; they’ll be happy if they don’t figure it out.”

The cast includes Katherine Clay and Don Jacks as the detectives and Graham Avery as the suspect. Other cast members are Kyle Hiring, Pidge Smith, Anson Hahn, and Lew Cohn.

“They’re all working really hard,” the director said of the cast. “They really want to have substance to the characters and make it that production that people want to see.”

Gisi said she chose to direct this play because of the material and the high level of writing.

“I know the audience really enjoys this type of play,” she said. “The script was well-written. That’s what got my attention.”

At times, complex stories “don’t work, don’t get (made),” she said.