'Doublewide, Texas:' Welcome to the Trailerhood

'Doublewide, Texas:' Welcome to the Trailerhood

The Hill Country Community Theatre presents “Doublewide, Texas,” the fourth show of its 2018-19 season, on April 25-May 12. 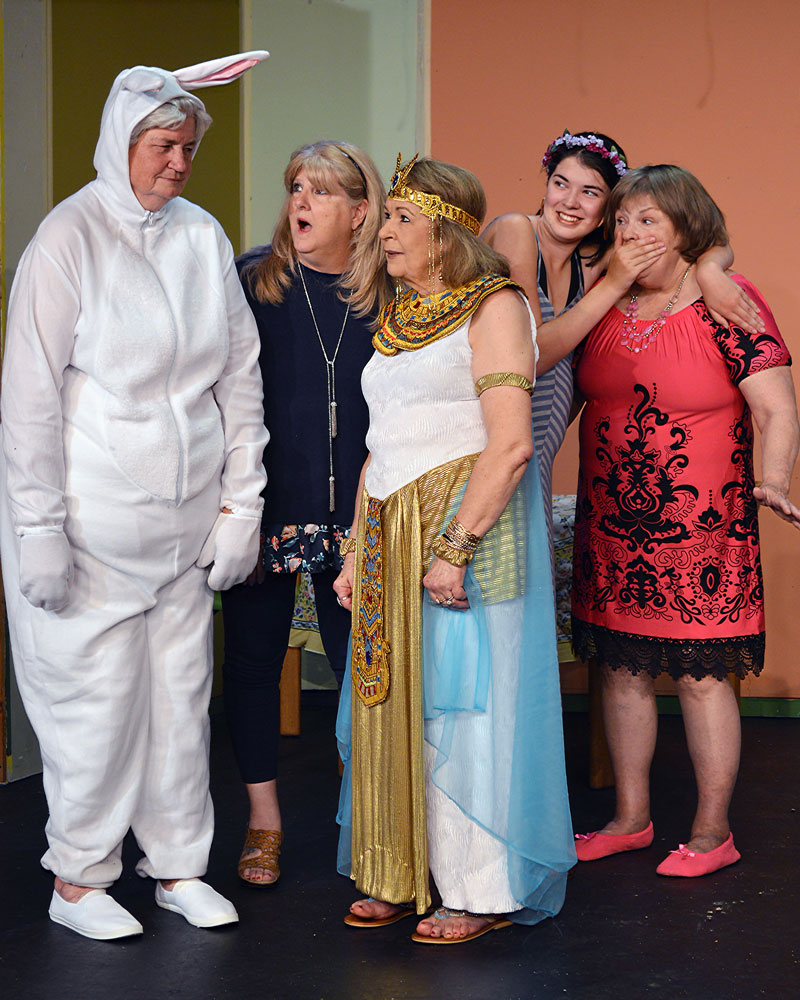 It was written by Jessie Jones, Nicholas Hope, and Jamie Wooten.

In this hilarious, fast-paced comedy, the inhabitants of one of the smallest trailer parks in Texas — four doublewides and a shed — are thrown for a loop when they find out the nearby town of Tugaloo is determined to annex them. Friends, enemies, and neighbors realize they’ll have to work together to defeat the encroaching annexation if they — and their way of life — have a snowball’s chance to survive being swallowed up by “the big guys.”

The rollicking mayhem escalates as the residents attempt to secede from Texas, discover a traitor in their midst, and turn the tables in a surprising, side-splitting finale.

It’s not as if the trailer park inhabitants don’t already have enough to deal with: Joveeta Crumpler (Amy Masuda) has had it up to here, having been passed over again for a promotion at work. On top of this, she has an ongoing battle keeping her feisty mother, Caprice (Gabrielle Grasmick), out of the local bar and worries her good-ol’-boy brother, Baby Crumpler (Austin Koska), is taking his participation in a womanless beauty pageant way too seriously. Her big-hearted best friend, Georgia Dean Rudd (Donna Petty), is struggling to keep her diner and finances afloat and just can’t curb her impulse to take in every stray cat, possum, and armadillo that wanders by as well as a young girl named Lark (Eliana Palmer).

“Everyone absolutely loves their writing,” he said. “The dialogue, the characters, and the obstacles that Jones, Hope, and Wooten create are pure comedy. These skillful playwrights deliver that comedy in spades.”

Performances are 7:30 p.m. Thursdays, Fridays, and Saturdays and 2:15 p.m. Sundays at the theater, 4003 FM 2147 West in Cottonwood Shores. Admission is $20 for adults and $10 for students with a valid ID. Season subscribers may make reservations now. The box office will open to the general public Thursday, April 18. Tickets may be purchased online at TheHCCT.org or by calling (830) 798-8944.