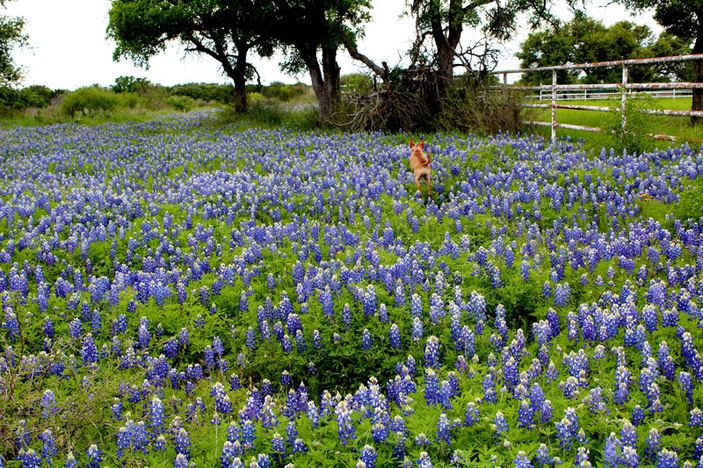 Martelle Luedecke’s ranch in Burnet bursts into blue each spring. Best bluebonnet cultivation advice, according to Luedecke, a Master Naturalist with a degree in botany, is to let them grow on their own. Photo by Martelle Luedecke

Bluebonnet seeds should be planted in the fall for the best results, but they can be planted anytime of the year if you just trick them, said Burnet resident Martelle Luedecke, a Highland Lakes Master Naturalist, trained botanist, and fervent lover of flowers. 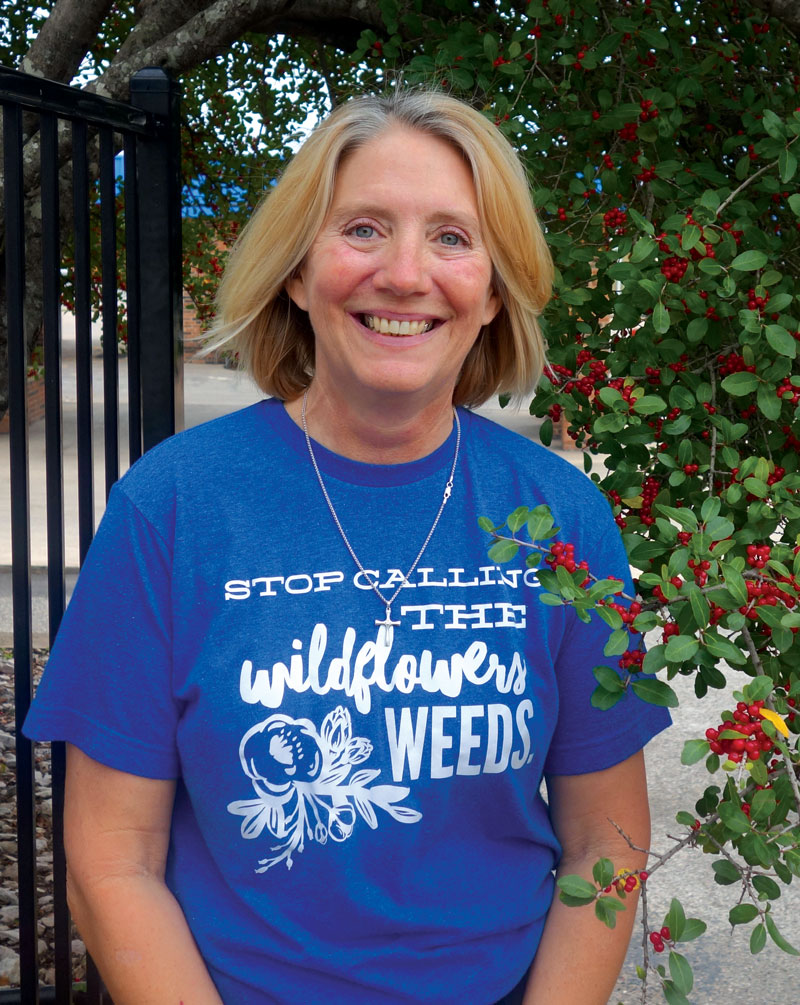 Martelle Luedecke shares secrets of bluebonnet cultivation. Despite what her T-shirt says ('Stop calling bluebonnets weeds!') they are just a common wild plant. They are not, however, valueless, which, for some, is the true definition of a weed. Staff photo by Suzanne Freeman

“Bluebonnet seeds have a dormancy period that is broken with a freeze,” Luedecke said. “It’s called winter stratification. The cold and the moist break down that hard extra shell.”

Ice cubes can be a substitute for the last freeze of the year. Fill a tray halfway with water, sprinkle bluebonnet seeds over the surface, freeze for no more than three or four days, thaw, and sow.

“Or, you can simply toss the ice cubes like seed bombs,” Luedecke said.

Bluebonnets are technically weeds, which is important to remember because what makes domestic garden flowers thrive does not necessarily work on this tough breed. Prime example: Fertilizer. Don’t do it!

“Daddy had several acres of bluebonnets, and he thought he would be really nice to his flowers and fertilize them,” Martelle said of her father and fellow gardener Bill Luedecke of Burnet. “That was three years ago. This is the first year they are starting to come back from that. Don’t treat them like garden flowers; they are not designed for that.”

Bluebonnets need full sun and good drainage. The only real encouragement you can give them is with your lawn mower.

The first of two mowings in an already established field of flowers should be done in January. Use a high cut to avoid the low-lying bluebonnet clusters. A winter mow helps minimize the “water takers” such as grasses, thistles, and other weeds competing for spring moisture. Mow again in June or July when the flowers are at their most bedraggled to help spread their seeds. 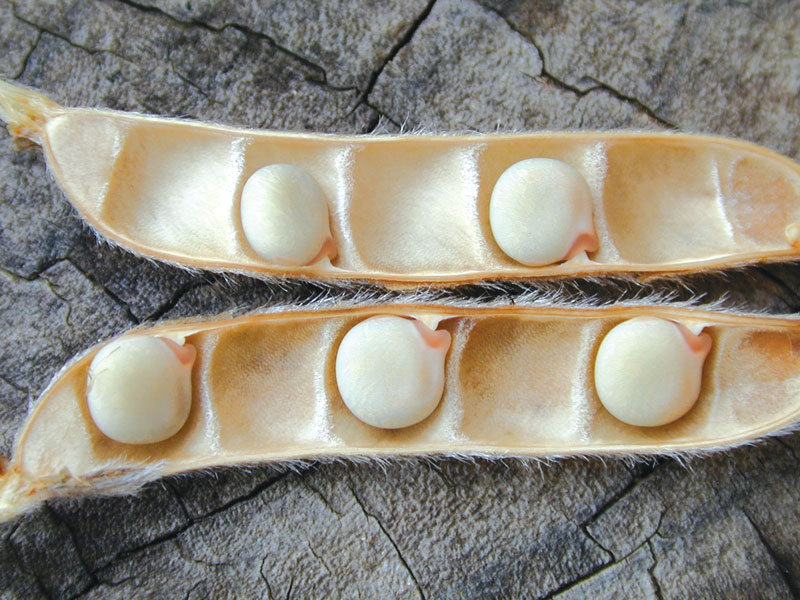 A closeup of bluebonnet seeds in a pod, ready for cultivation. Each pod contains seeds that sprout in three-year cycles like time-release cold medication. Photo courtesy of Joseph A. Marcus, Lady Bird Johnson Wildflower Center

“When the seed pods shake like a baby rattle, they are ready,” Luedecke said. “Wait until they are nice and dry.”

Bluebonnets shoot seeds up to 5 feet away in mid-summer. Those not eaten by birds work on a three-year time release cycle, which is why some people are disappointed that only about a third of their seeds sprout initially.

“God has set it up so that, in a pod of seeds, one sprouts the first year, one sprouts in two years, and one in three years,” Luedecke said. “Bluebonnets are not difficult, just different.”

To plant your own, you can use seeds gathered from wild bluebonnets (be sure to leave some behind on each plant) or you can buy them. Two good places in Central Texas to purchase them are the Lady Bird Johnson Wildflower Center, 4801 La Crosse Ave. in Austin, or Wildseed Farms, 100 Legacy Drive in Fredericksburg. You can also order from Wildseed online at wildseedfarms.com.

As for soil, as long as it’s not too rocky or too rich, just about any will do.

Tilling is not necessary, either. Seeds only need ground contact to take hold and sprout.

“If you are doing it by hand, just press (the seed) into the soil,” she said. “Don’t bury it. If you’re sowing a large area, you can lay a board down and stomp on it. Or, walk on it with smooth-soled shoes. Be sure you’re wearing smooth soles so the seeds don’t get stuck on your feet.”

If it sounds easy, it really is. Bluebonnets are weeds, after all!

Turner Seed is another source for Bluebonnets. I have found Turner seed much cheaper than Lady Bird Johnson Wildflower Center or Wildseed Farms.