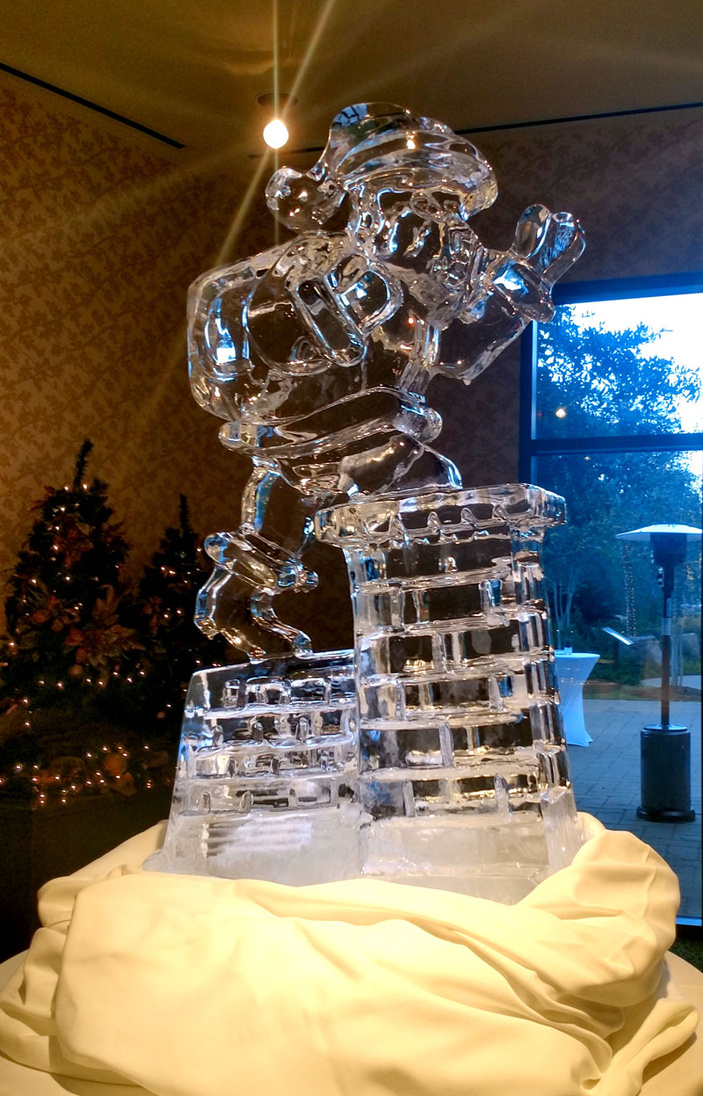 Artist Doug Christy, who carved this ice sculpture of Santa Claus going down a chimney, is bringing his creativity to downtown Marble Falls on Friday, December 13, from 4:30-6:30 p.m. He’ll carve a work of art from blocks of ice, entertaining the crowds as he sculpts. The event is free. Courtesy photo

Doug Christy isn’t exactly sure what he’ll sculpt on Friday, but one thing we can guarantee: It will be cool.

Christy, owner of Amazing Ice Designs, is giving a live ice sculpting demonstration from 4:30-6:30 p.m. December 13 at the corner of Third and Main streets in downtown Marble Falls. The event is free to attend and sponsored by the Highland Lakes Creative Arts.

“With it being the holidays, it will probably be a holiday-themed sculpture,” he said.

Christy started carving 20 years ago while living in Houston. He was working an office job and noticed a man creating ice sculptures nearby.

“I realized he was having a lot more fun than me,” Christy recalled.

So he apprenticed with the artist and carved out a new path for himself.

Over the years, Christy has carved intricate pieces, including Christmas and palm trees. He crafts client-specific pieces as well, such as a massive ice bar for Horseshoe Bay Resort. One ice bar he made spanned 18 feet in length.

Christy works with a refined type of ice, one he creates using a specially made machine. His art requires ice with little or no air pockets, which gives the finished piece a crystal clear appearance. It’s not the ice you typically get from your freezer at home. An advantage of using this type of ice is it only melts on the surface, he explained, unlike ice from a freezer that also melts from the inside.

Christy could go on about the varied qualities of ice, and he’ll gladly answer questions during the live carving demonstration. As he’s dealing with an ever-shrinking canvas, however, his answers might be short.

Christy does put on a good show.

“I love to interact with the crowd,” he said. “I’m an entertainer. That’s what I do during these demonstrations.

“The way I use the saw,” he continued, “I can cut in a way to shower snow into the crowd. The kids love it. They’ll chase the snow around. It’s a lot of fun.”

People can come and go, checking back on his progress. Christy pointed out that he often gets folks who love to stand back and just watch him pull a piece of art from the ice.

After enjoying the live art carving demonstration, check out the other holiday happenings around in the area, including the Walkway of Lights, featured in the Highland Lakes Christmas Lights Guide.

IN THE GARDEN: Summer planting; what do beavers and crows have in common? 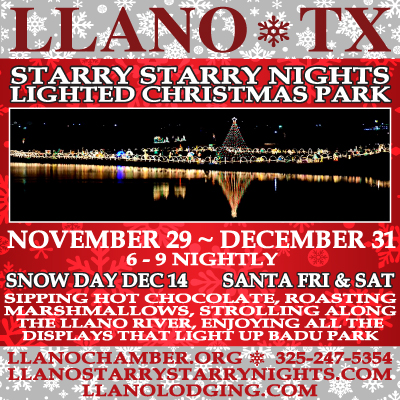