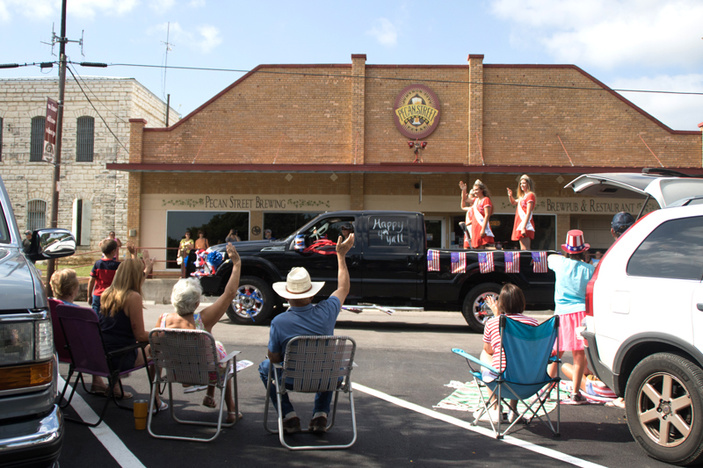 JOHNSON CITY — An old-fashioned Fourth of July. That’s what folks will find when they visit Johnson City to celebrate America’s Independence Day.

“Mom and dad put everyone in the car,” said Frances Ann Giron, executive director of the Johnson City Chamber of Commerce. “They took you to wherever the fireworks were. Mom may have made a picnic snack, and you bought your drinks. When the fireworks were over, you went home.”

The day begins with a parade in downtown Johnson City at 10 a.m.

Giron said parade officials are still accepting applications for entries, and there is no fee to participate. Go to LBJCountry.comto find a parade application.

The deadline to apply is Monday, July 2.

Later in the day, the old-fashioned Fourth of July switches to the Blanco County Fairgrounds, 619 U.S. 281, where families can enjoy being together and seeing their friends. She envisions people enjoying the day on a blanket and finding ways to stay cool as they anticipate the evening’s activities.

“Bring your cooler, chairs, and a snack,” Giron said. “Whatever floats your boat.”

At 9:15 p.m., officials will begin the fireworks from the fairgrounds near the Pedernales River to stay compliant with the recent burn ban issued by the Blanco County Commissioners.

Originally, chamber officials had planned to have the fireworks show start at the Blanco County Courthouse, but the fire chief and commissioners were uncomfortable with that location, Giron said.

The show, however, goes on.