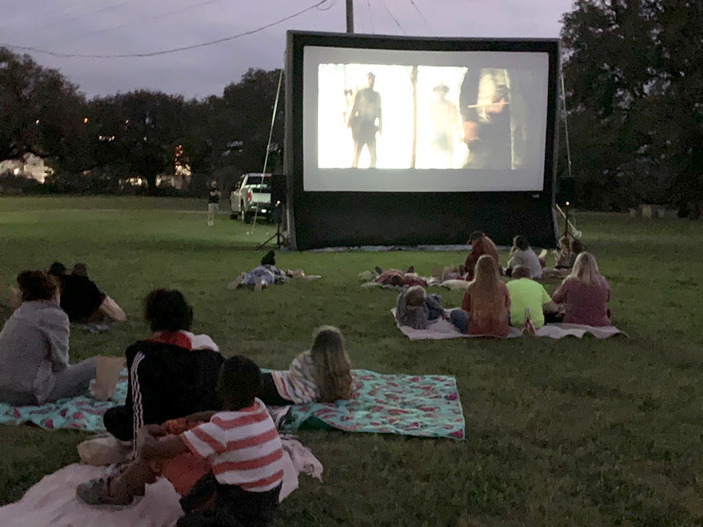 A previous Dive-In Movie Nite hosted by Jolly Rodgers Paddle Co. featured ‘Indian Jones and the Raiders of the Lost Ark.’ The next free movie, held the third Saturday of the month at Backbone Creek in Marble Falls, is ‘The Little Rascals.’ Courtesy photo

The drive-in movie, for the most part, is a thing of the past, but a Marble Falls business has renewed the concept — with a twist.

The next Dive-In Movie Nite on May 18 features the 1994 film “The Little Rascals” starring Brittany Aston Holmes, Bug Hall, and Travis Tedford.

You can bring blankets, food, and beverages.

The paddle company at 120 S. Main St., which rents kayaks and paddleboards, hosted a similar dive-in movie two years ago. In March, it screened “Indiana Jones and the Raiders of the Lost Ark” followed by “Harry and the Hendersons” in April.

Rodgers said people told him and his crew how much they enjoyed the event, which encouraged them to keep doing it.