Keller Williams to Perform ‘Sans’ Vocals at UTOPiAfest in Burnet 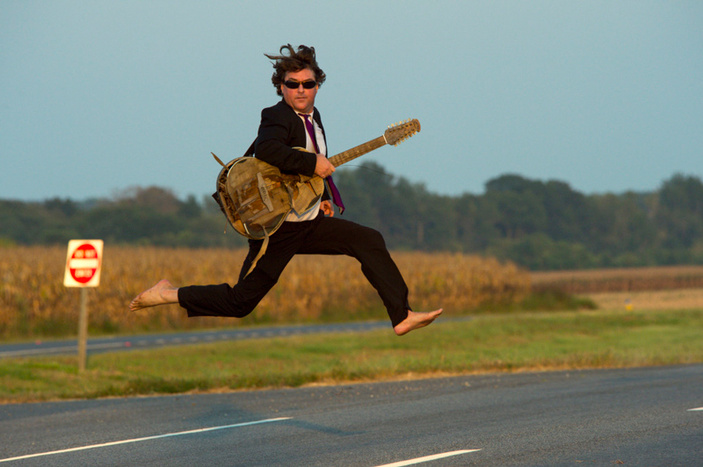 Keller Williams to Perform ‘Sans’ Vocals at UTOPiAfest in Burnet

Williams has gone instrumental with his latest album, “Sans.” As in sans vocals.

Williams will be performing material from the new album at UTOPiAfest, a three-day art and music festival at Reveille Peak Ranch, 105 CR 114 in Burnet, on Nov. 2-4. He will also perform with Petty Grass, his Tom Petty cover band with a bluegrass twist.

“Sans” was largely influenced by electronic dance music, giving a groovy edge to Williams’s riffs, which are rooted in bluegrass. While there are no vocals on the album, there are voices manipulated to sound like instruments.

“Sans” is Williams’s 23rd studio album since 1994. Each album, he said, documents where he is at musically — the influences and inspirations off of which he’s playing — at that moment. To him, certain moods call for certain music, and certain music can change moods.

Recently, Williams has been on an electronic kick, listening to everything from dubstep to Afrobeat.

“I think, with the love that I have for electronic music, I don’t know how (this album) couldn’t go into the electronic direction,” he said.

Over the past 24 years, Williams has evolved both musically and lyrically.

“I’ve learned that less is more,” he said. “I try to keep things less busy as far as the music textures go. Lyrically, I’ve kind of evolved towards a more funny place … try and make myself laugh with the lyrics in hopes that it will translate to the audience.”

His style isn’t the only thing that has changed over the past couple of decades. Record sales are dropping with the rise of streaming services, and musicians don’t make money selling CDs and merchandise anymore — it’s all about the performance industry.

“As a music lover, this is such a great time,” he said. “There’s so much live music everywhere and so much recorded music that’s basically free.”

You can listen to Williams’s new album on Spotify, iTunes, and other streaming services.

For more information and tickets to UTOPiAfest, go to utopiafest.com.