Marble Falls couple vows to help others affected by dementia 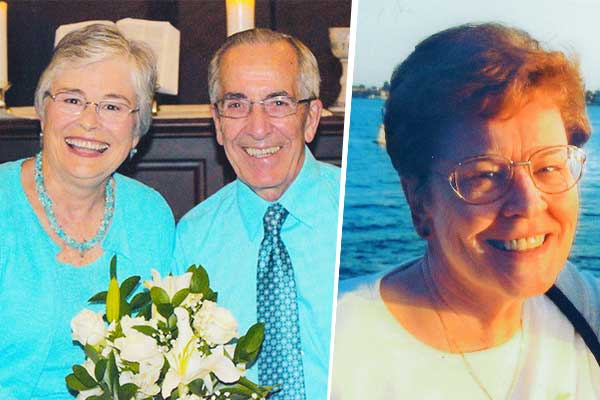 Marble Falls couple vows to help others affected by dementia

“In our case,” she said as her mind went to her dear friend Pearl, “one plus one really does equal three.”

Pearl was Tom’s first wife, who suffered from Lewy body dementia for a decade. Tom was her primary caregiver until the final year of her life when Pearl required more care than he was able to give.

So he made the decision to put her in a home. Each day, he visited her for several hours that included two meals, talked to her and loved on her.

Kathleen said what struck her was how Tom said goodbye to Pearl at the end of each day. He got on his knees, put his hands on her face and whispered things a husband says to his wife. Kathleen was undergoing knee surgery rehabilitation at the center when she witnessed Tom’s visits to Pearl.

One day, Kathleen simply had to meet Tom. As he stood near the nurse’s station before he left, Kathleen approached him.

“Thank you for showing the true meaning of ‘to love and to cherish in sickness and in health till death do us part,’” she said. “And he looked at me like, ‘It’s no big deal.’”

“That made us close,” Kathleen said. “I could take her in a wheelchair and walk down the hall. She had a beautiful smile. She would look at me, and when she understood something, she would smile. It was great affection.”

Kathleen said she’ll never complain of knee pain again because that rehabilitation is what gave her a wonderful friendship and relationship.

“That man has great love,” Kathleen said. “I saw that because I had a relationship with (Pearl) and loved her dearly.”

A decade earlier a neurologist diagnosed Pearl as having “dementia unspecified” after she had hallucinations following an unrelated surgery. Today, she would be diagnosed with Lewy body dementia, Tom said, noting the reason she wasn’t back then was because doctors didn’t know enough about the that form of dementia.

Shortly after that, Tom told Pearl he would take care of her, no matter what. And that gave her such comfort.

“It’s good to talk it over and understand the patient becomes scared to death,” Tom said. “We experienced a love we’d never experienced in 30 years of our marriage. We learned about the disease together.”

Three years before she died, she was diagnosed with Lewy body dementia and “things started to fall into place,” Tom said.

A year after Pearl’s passing, Tom and Kathleen married on May 27, 2012. The two felt led to share their experiences and knowledge of the disease. They cowrote a book, “Spurred By Grace,” which can purchased on Amazon.com.

And Tom, who found an Austin support group for caregivers, was led to become a mentor caregiver to others. That’s why the two created the Highland Lakes Lewy Body Dementia Caregiver Support Group, which meets 10-11:30 a.m. the second Saturday of the month at The Plaza 1, Suite 101, located at 705 U.S. 281 North.

Tom said Kathleen’s presence and support does so much for him and others facing the disease. The two said they meet sufferers and caregivers who have questions, are looking for advice or simply need to be encouraged. Kathleen has a way of connecting to people who may not have the daily interaction like the sufferer or caregiver but want to be involved and help any in way they can.

In fact, Tom said people across the country reach out to the couple for support, advice or simply a listening ear. He responds to each email, and Kathleen serves as his proofreader. The two also are Lewy Buddies, a support group launched by the Lewy Body Dementia Association at the national office in Atlanta. Calls from across the country are transferred to the Clarks. Calls have come from California, Colorado, Arkansas and other states. Kathleen said her husband easily spends at least five hours a day helping others.

“He set the standard,” Kathleen said of her husband. “That’s why I think Pearl did so well because she was so loved. They sat down and talked about it.”

This is an incredible couple doing an outstanding job of loving, caring and helping others!

Touching story. However, only a year after his wife passed he remarried. I find that a bit too fast.