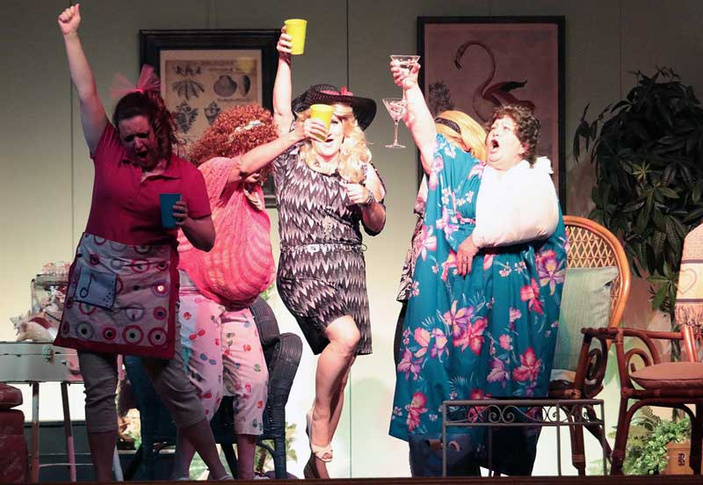 LLANO — Laughter, tears, triumphs, and tragedy will be on display during “Dixie Swim Club,” the latest offering of the Llano Community Theatre.

The production runs Feb. 17-18 with performances at 7 p.m. Friday and 2 p.m. and 7 p.m. Saturday at the Lantex Theatre, 113 W. Main St. Tickets are $10 per person and may be purchased at the Llano Chamber of Commerce and Visitors Center, 100 Train Station Drive, or the theater.

“They actually age 40 years in the play,” said Briley Mitchell, board member of the Llano Community Theatre. “You get to learn the characters so well because of their interaction. They go through their whole adult lives.”

The theater company offered this production a year ago but had to cut it short when one of the actresses fell and broke her arm.

“The show could not go on,” Mitchell said. “We’ve brought it back for one weekend because so many wanted to see it.”

What makes this play so enticing, he said, is that audience members will be able to identify with each character. One of the women shows a naughty streak, while another enjoys her martinis, and another develops Alzheimer’s disease.

That particular character struck Mitchell. During rehearsals last year, he was told his father had the disease.

“It hit me so hard, emotionally,” he said.