Llano County Historical Museum Has Two New Exhibits, Including One on Popular Veterinarian

LEFT: Some of Dr. Robert Hunger Jr.’s items he used for his veterinary practice, including his hat, a pot, a stethoscope, and ropes, displayed at the Llano County Museum. RIGHT: Veterinarian Robert Hunger Jr., a Llano native, also served on the City Council, the Jaycees, and the Lions Club as well as a rodeo clown during the County Rodeo. Staff photos by Jennifer Fierro

Llano County Historical Museum Has Two New Exhibits, Including One on Popular Veterinarian

When Dr. Robert Hunger Jr. began his veterinary practice in Llano over six decades ago, he brought more than his knowledge of animal health. He and his wife, Bette Overstreet Hunger, a Llano native, were true servant-leaders. The veterinarian served on the City Council, the Jaycees, and the Lions Club. He even took on the role of clown during the Llano County Rodeo.

An exhibit featuring Hunger is one of two new displays that will be on view at the Llano County Historical Museum during its annual open house, which is 4-6 p.m. Wednesday, Dec. 12. The museum is located at 310 Bessemer Ave. Refreshments will be served.

Museum director JoAnn McDougall said the museum has always hosted an open house to give people another reason to tour its exhibits.

“If people haven’t been to the museum in awhile, it gives them an opportunity to see new exhibits,” she said.

Hunger opened his practice in Llano in the early 1950s. Because he didn’t have an office or a phone line, clients would call nearby Inman’s gas station looking for him. He and his wife bought a home in the Barlet Flatts subdivision. Then, Hunger and his father constructed an outbuilding that he used as his office as well as an examining and operating room.

In late 1952, Hunger moved his clinic to a vacant office attached to Bruhl’s Drug, which is now the home of the Llano County Historical Museum.

By 1959, the veterinarian purchased property at 605 E. Young St., the current site of Llano Veterinary Clinic. Museum officials believe people will enjoy learning about Hunger, especially his inventions, which are the result of his lifelong desire to learn.

Hunger taught himself how to weld. He made tools for his practice, creating an operating table for cattle that included a large wheel/pulley mechanism. He even made a traveling soup pot that fit in the crevices of his truck motor so he could make a tasty lunch.

Hunger and his wife also opened veterinary clinics in Menard and Van Horn.

The other new display is in honor of the John Orr Grocery Store. The current owners of the building, 107 E. Gracen, which housed the store, were doing renovations and dug up the floor. Underneath, they discovered old bottles that will be on display at the museum.

“We want to expose the people of Llano and the Llano area to the history available here in the Llano museum,” McDougall said. “We like to have people come in and see what all is here and let them know the displays.” 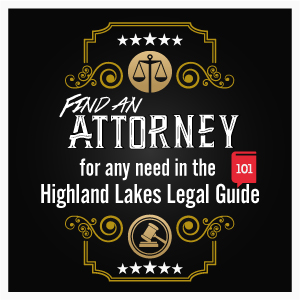