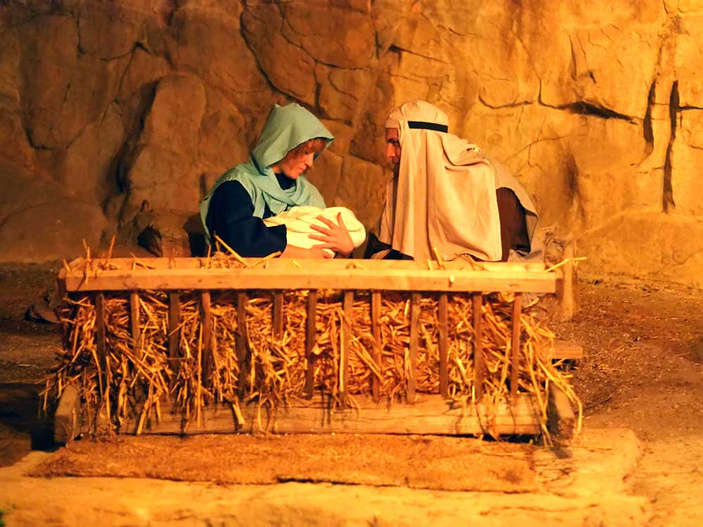 BURNET — Norman Leftwich borrowed the idea behind Main Street Bethlehem, and he readily admits to it.

“My son, Steve (Leftwich), was serving a church in El Paso, and they were looking for something to, you know, hold the congregation together — something they could all do,” Norman said. “So he came up with a living nativity. They tossed around names, and came up with Main Street Bethlehem.”

The elder Leftwich, who never saw the El Paso production, thought a nativity like that one would be good for Burnet. In the spring of 1993, he proposed the idea to the First Baptist Church of Burnet, of which he is a member, and they gave him the thumbs-up.

Admittedly, it sounded a bit crazy at the time for a small-town church to tackle a project that would draw between 22,000 and 25,000 people a year.

“I didn’t think it would be this big,” Leftwich said.

Main Street Bethlehem, which celebrates its 25th year this year, has grown beyond what Leftwich thought it would become. Those early years featured a Bethlehem fashioned from 6-foot-by-8-foot wooden flats, or panels, with sheets hung on them. Volunteers painted scenes on the sheets.

Over the years, the project grew. Leftwich sketched out a design on a piece of paper that would eventually become the current Main Street Bethlehem, featuring full-size buildings created to resemble what a Middle Eastern town might look like more than 2,000 years ago around the time of Jesus’s birth. Volunteers put in countless hours to build the facility, and even trustees from the Burnet County Jail pitched in. 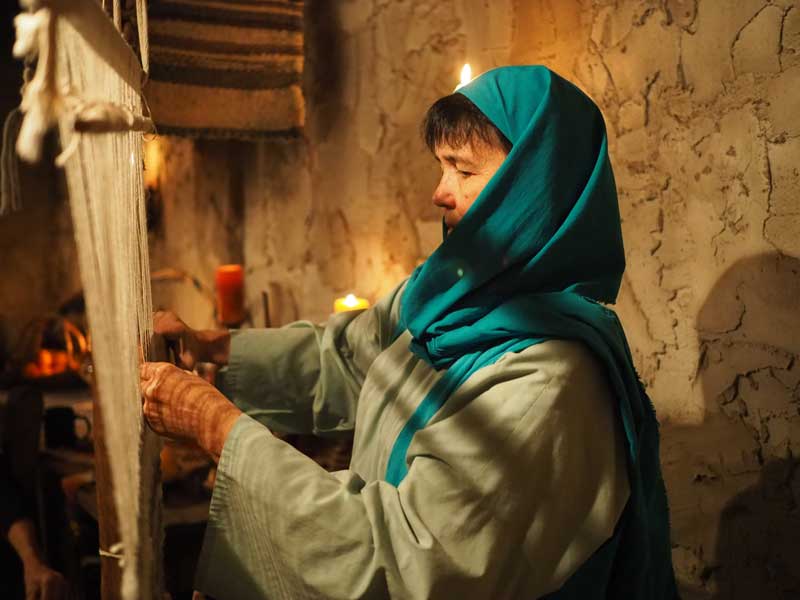 As visitors make their way through Main Street Bethlehem, sponsored by First Baptist Church of Burnet, they’ll mingle with a Bethlehem residents, merchants, a tax collector or two, and families. Staff photo by Daniel Clifton

Now, when people walk through the gates of Main Street Bethlehem at 300 E. Washington St., they are transported back to a much earlier Jewish community filled with merchants, families, tradesmen and women, Roman soldiers, and tax collectors.

The 91-year-old Leftwich explained it’s not just about the look of the village that brings the story of Jesus’s birth to life; it's all the different aspects.

“You have to target all the senses,” he said. “The more you do that, it can reach people’s emotions.”

As people make their way through Bethlehem, they’ll encounter an array of residents and others. If you stop and ask one about baby Jesus, they’ll likely give you a bemused expression and ask what you’re talking about. Or, if you ask how this all came to be, referring to Main Street Bethlehem, you might get an answer such as, “This is how it’s always been. This is where we live, where we sell and trade. It’s the time of the census.”

This, Leftwich pointed out, is one of the “secrets” of Main Street Bethlehem, or one that makes it so remarkable and memorable. The cast members study the time of Bethlehem during Jesus’s birth and act as if they are in that time. Responses, Leftwich said, will come from the cast in the character they are portraying related to the historic timeframe.

“They don’t memorize lines. They just act as if they’re in Bethlehem,” he said.

Whether Main Street Bethlehem featured wooden panels and scenery-painted sheets or historically accurate structures, the objective was (and is) the same.

“The sole purpose is to present the story of Christ’s birth so that many people can come to know him,” Leftwich said.

Each year, people make the journey the first two weekends in December to experience the story. For some, it’s the first time they really get to see and hear the story, which could (and does) begin a relationship with Jesus for them. For others, it’s a reaffirming journey for their faith.

“It’s our gift to everyone so that they can come to know Jesus,” Leftwich said.

This year, as part of the 25th anniversary, First Baptist Church of Burnet is offering a special showing for Burnet residents Thursday, Nov. 30.

Go to fbcburnet.org for more information.