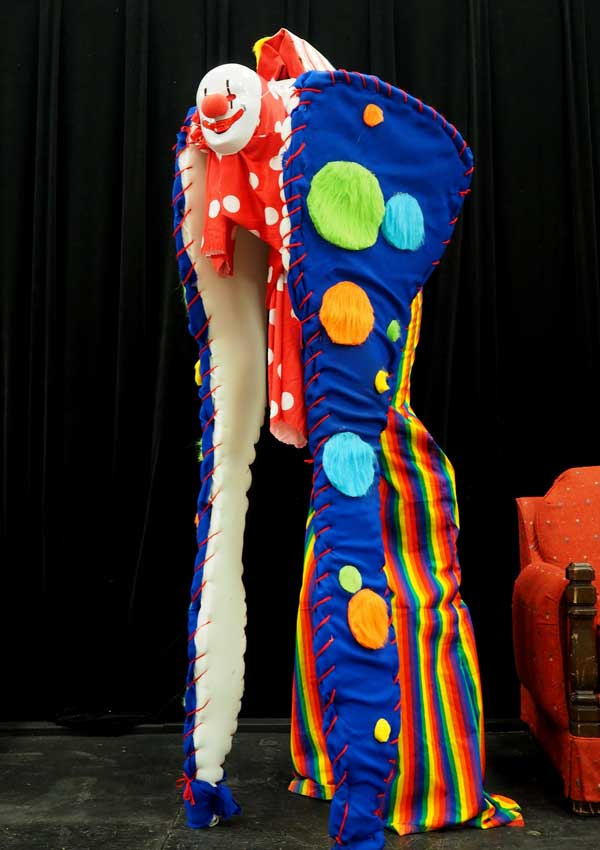 MARBLE FALLS — Every year, the Marble Falls High School theater arts students manage to make their annual haunted house, Fright Night Theatre, a little scarier. This year’s incarnation promises to be even more frightening for those who dare to make a trip through The Circus.

"Each year, I've learned something that makes it better," theater arts teacher Jon Clark said. "One of the big things we learned between the first year and last year was the importance of a storyline. People, I think, like having something that's connected, a theme."

The Circus brings a dark twist to what is typically light-hearted and whimsical deep down in the basement of the Salem's Center. It does involve clowns, but the production was well underway before the "creepy clown" issue began popping up on social media around the world. During the performances, no students dressed in costumes will be allowed off site to wander the town.

The scary star of the show comes from the dark recesses of the students' minds.

"So Smiley the Clown, this is our main character," Clark explained. "He was this grotesque clown, so grotesque that circuses and even freak shows didn't want anything to do with him."

Smiley, however, dreamed of life under the big top, but he was turned down by every circus.

That rejection fueled his anger and hate, twisting his circus dreams into something horrific.

"So he settled in this sleepy little town where, over the years, he would collect children to create his own "circus," if you could call what he came up with a circus. A horror, maybe, but it was, no — it is anything but laughter and fun under the big top.

"What you see (in The Circus) is all the attractions he built other the years," Clark said. "And it's pretty macabre."

The students created a haunted house experience that will have visitors twisting their way through a maze of uncertainty and fright. They've even expanded Fright Night Theatre, which means more scares.

While this is the third year for Fright Night Theatre, Clark said it's nothing like previous performances.

"Since, each year, we have a different theme, none of them are the same, so people aren't going to experience the same thing this year," Clark said. "Plus, the way the kids have built this set, there are a lot more rooms and a lot more places for scares."

The project also experienced a robust jump in participants.

Last year, on the biggest night of the performance, the program was lucky to get 50 actors involved. All that means more scare potential.

Clark wasn't a big haunted house enthusiast before the first Fright Night Theatre. Since then, he's become a student of them.

"I think what I've learned is that we all love a good scare," he said. "That's what we're doing with Fright Night."

"Usually, for the younger kids, they end up getting too scared, and it's really not a good experience for them or their parents," he said.

Also, large or cumbersome costumes as well as masks are not allowed.

"They'll have to take those off before we let them in," Clark said.

So come out and have a good fright, if you dare. (Cue the creepy music and haunting laugh.)

Admission to Fright Night Theatre is $10. The Salem’s Center is located at 514 U.S. 281. Go to DailyTrib.com/MM for more information on The Circus.