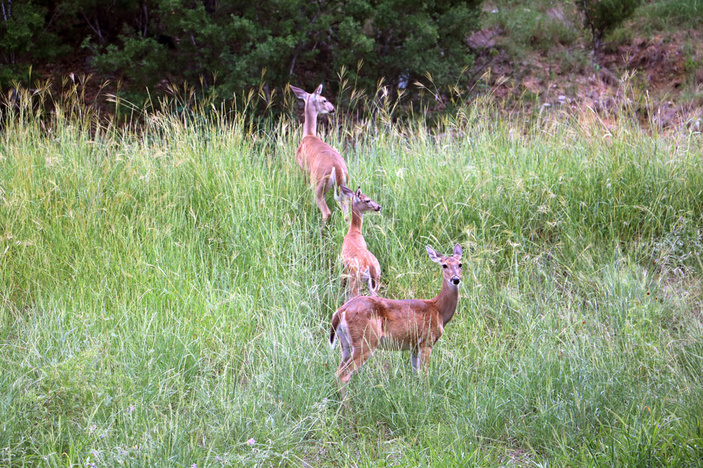 Deer hunting in Texas begins with the archery-only season on Oct. 1. Texas Parks and Wildlife Department biologists have assessed the state's white-tailed deer herd and factors that might affect hunters in the field. Staff photo by Nathan Bush

Texas Parks and Wildlife Department biologists predict it will be a moderate deer hunting season in 2022. The assessment cites summer droughts that limited foraging opportunities followed by August rains that restored available wild food stock and possibly lured deer away from feeders.

“Overall, 2022 is expected to be good in terms of harvest numbers and opportunities,” he said. “Don’t let the chance to spend time afield with family, friends, and fellow hunters pass you by.”

According to Cain, Texas has one of the strongest white-tailed deer herds in the country, but summer droughts withered the vegetation on which deer typically feed, likely creating food shortages in Central Texas. This could result in smaller-bodied deer and reduced antler growth.

August rains then revitalized the environment, creating an abundance of new forage for deer, which might have drawn them away from feeders put out by hunters. Mesquite trees are prolific across the Highland Lakes and Texas Hill Country and are expected to produce a large bean crop, which Cain notes is a huge food source for deer in the fall.

Archery hunters might have to change their strategy and do more scouting to take full advantage of the season.

In addition, large swathes of Central Texas were burned by wildfires this summer, which could have an impact on hunting opportunities and antler quality, Cain said.

“Where fires have occurred, there’s been new grass and weed growth providing some much-needed nutrition and cover for deer,” he said. “Although habitat conditions have improved immensely with recent rains, the timing was a bit late to have any meaningful influence on antler quality.”

Overall, the Texas deer herd is strong and Central Texas archery hunters will have a head start on one of the best white-tailed populations in the country.

“Texas has one of the longest deer seasons in the nation, so take some time this fall and winter and enjoy one of the best deer herds in the country right here in your home state,” Cain said.

Hunters new to archery hunting or wanting to learn more can stay up to date via the Texas Parks and Wildlife Department's Bowhunter by Fall newsletter.

Note: All of Central Texas, including the Highland Lakes area and the Hill Country, lies within the white-tailed deer North Zone. All dates provided pertain to the North Zone.