'Moon Over Buffalo' a madcap comedy 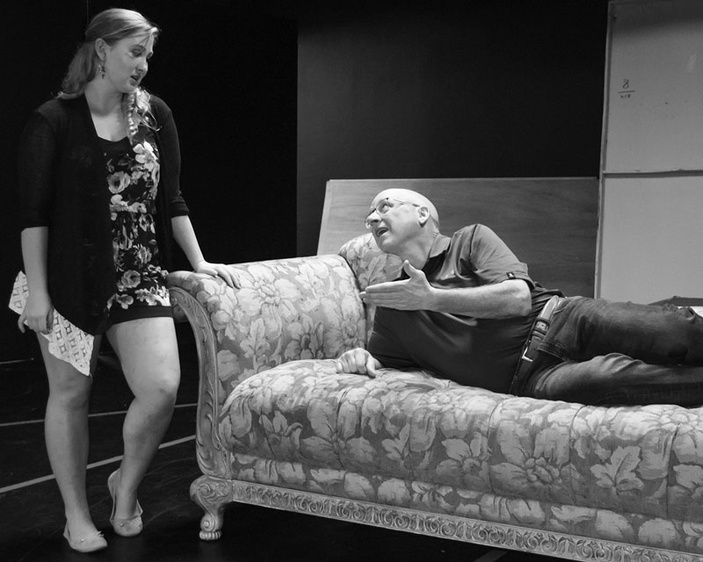 Samantha Hudson and Doug Hart rehearse a scene from the comedy 'Moon Over Buffalo,' which opens at the Hill Country Community Theatre on February 13. Courtesy photo

'Moon Over Buffalo' a madcap comedy

It's theater within theater as Ken Ludwig's "Moon Over Buffalo" opens at the Hill Country Community Theatre on February 13.

The madcap comedy follows fading 1950s theater stars Charlotte and George Hay in the midst of performing two productions, “Private Lives” and “Cyrano De Bergerac,” in Buffalo, New York. On the brink of a disastrous split-up caused by George’s dalliance with a young ingénue, the couple receives word that they might have one last shot at stardom. Famous Hollywood director Frank Capra is coming to town for their matinee, and, if he likes what he sees, he might cast them in his next movie.

Unfortunately, everything that could go wrong does, abetted by a visit from their daughter’s clueless fiancé and hilarious uncertainty about which play they’re performing caused by Charlotte’s deaf, old stage manager mother who hates every bone in George’s body.

"Moon Over Buffalo" received two Tony Award nominations, and with good reason. “The play bursts with dynamic hilarity,” said Laura Gisi, who is directing the production for the HCCT. “The cast’s perfectly timed exuberant antics celebrate a love for theater that makes this production particularly enjoyable. What will you walk away with from this show? Non-stop, belly-busting laughter, cheeks that hurt from smiling so hard, and gratitude for the ‘normalcy’ of your own life.”

The show runs through March 1 and is rated PG-13 for language. Performances are 7:30 p.m. Thursdays, Fridays, and Saturdays and 2:15 p.m. Sundays. Admission is $20 for adults and $10 for students with a valid ID. Tickets go on sale Thursday, February 6, to the general public.

The Hill Country Community Theatre is located at 4003 FM 2147 West in Cottonwood Shores. Go to thehcct.org or call office at 830-798-8944 for tickets or more information.