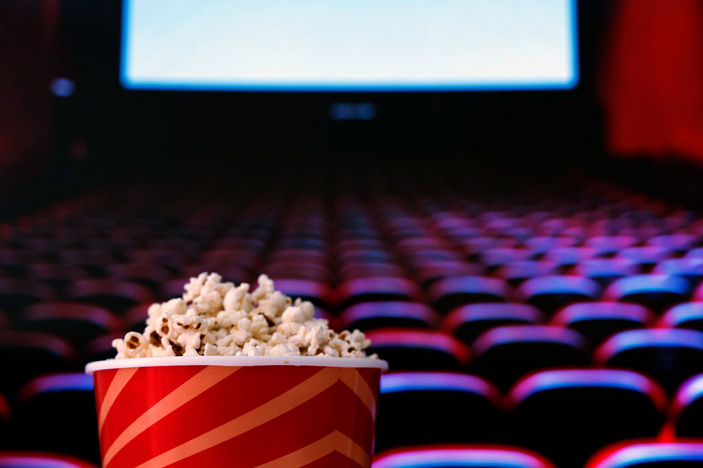 A weekly roundup of films being screened at theaters across the Highland Lakes, including Cinergy Marble Falls, Bertram’s Globe Theatre, and the LanTex Theater in Llano. (Movie lineups might change after publication. Visit websites for up-to-date information.)

Visit the website for a full lineup of movies.

"Ladybug (is) an unlucky assassin determined to do his job peacefully after one too gigs gone off the rails. Fate, however, may have other plans, as Ladybug's latest mission puts him on a collision course with lethal adversaries from around the globe — all with connected, yet conflicting objectives — on the world's fastest train." Starring Brad Pitt, Michael Shannon, Aaron Taylor-Johnson, Benito A. Martinez Ocasio, Brian Tyree Henry, Joey King, Hiroyuki Sanada, and Andrew Koji. Click the link for showtimes, tickets, and trailer.

"Krypto the Super-Dog and Superman are inseparable best friends, sharing the same superpowers and fighting crime in Metropolis side by side. When Superman and the rest of the Justice League are kidnapped, Krypto must convince a rag-tag shelter pack ... to master their newfound powers and help him rescue the superheroes." Starring Dewayne Johnson and Kevin Hart. Click the link for showtimes, tickets, and trailer.

"Explores the life and music of Elvis Presley, seen through the prism of his complicated relationship with his enigmatic manager, Colonel Tom Parker." Starring Austin Butler and Tom Hanks. Click the link for showtimes, tickets, and trailer.

"Minions: The Rise of Gru"

Thor is "on a journey unlike anything he's ever faced: a quest for inner peace. But his retirement is interrupted by a galactic killer known as Gorr the God Butcher, who seeks the extinction of the gods. To combat the threat, Thor enlists the help of King Valkyrie, Korg, and ex-girlfriend Jane Foster, who — to Thor's surprise — inexplicably wields his magical hammer, Mjolnir, as the Mighty Thor." Starring Chris Hemsworth, Natalie Portman, Christian Bale, Tessa Thompson, and Taika Waititi. Click the link for showtimes, tickets, and trailer.

"Facing an uncertain future and confronting the ghosts of his past, (top Navy aviator) Maverick is drawn into a confrontation with his own deepest fears, culminating in a mission that demands the ultimate sacrifice from those who will be chosen to fly it." Starring Tom Cruise, Miles Teller, Val Kilmer, Jennifer Connelly, Jon Hamm, and Ed Harris. Click the link for showtimes, tickets, and trailer.

"Where the Crawdads Sing"

Based on a best-selling novel, the story is about "Kya, an abandoned girl who raised herself to adulthood in the dangerous marshlands of North Carolina. For years, rumors of the 'Marsh Girl' haunted Barkley Cove, isolating the sharp and resilient Kya from her community. Drawn to two young men from town, Kya opens herself to a new and startling world; but when one of them is found dead, she is immediately cast by the community as the main suspect." Starring Daisy Edgar-Jones, Taylor John Smith, Harris Dickinson, Michael Hyatt, Sterling Macer Jr., and David Strathairn. Click the link for showtimes, tickets, and trailer.

The theater is closed for movies until further notice due to repairs.

The hands-on STEM museum screens 3D science and nature movies in its theater on a rotating basis. Visit the website to see what's playing.

This is a very useful feature!

August events at state parks in the Highland Lakes