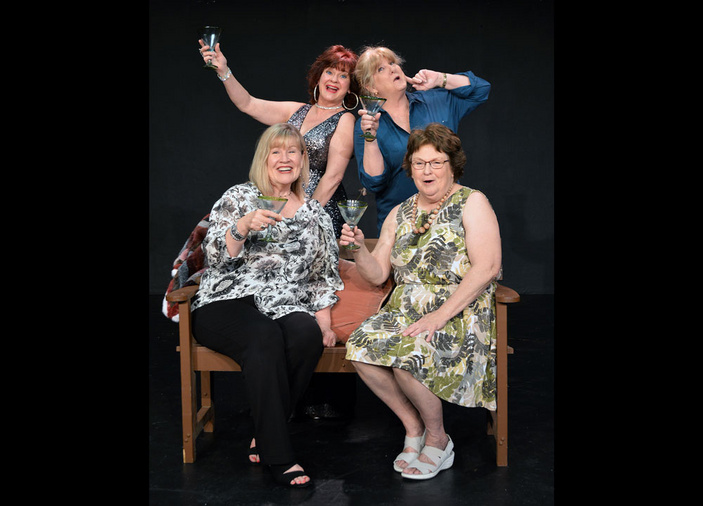 The Hill Country Community Theatre has set new dates for its production of the comedy “The Savannah Sipping Society.” The show runs August 20 through September 27. It was initially set to open on April 23 and was in rehearsal when Texas ordered a shutdown due to the COVID-19 pandemic.

During this “intermission,” HCCT Executive Director Mike Rademaekers has been working hard to get the theater ready to safely reopen.

“I believe we have gone above and beyond to get the theater prepared,” he said. “In addition to following all federal, state, and (Centers for Disease Control and Prevention) guidelines, we have also upgraded our restrooms to be virtually touch-free.”

Now that Gov. Greg Abbott's Strike Force to Open Texas has issued health protocols for fine arts performance halls, the Cottonwood Shores theater can open at 50 percent capacity. “It is important to us that everyone feels safe here,” Rademaekers said. “Ticketing procedures have changed. Seating is now assigned, and tickets must be purchased over the phone so that we can distance people according to state regulations.”

The Hill Country Community Theatre's new ticketing procedures, face covering requirements, and protocols for entering and exiting the building can be found on its website. "The Savannah Sipping Society" performances are 7:30 p.m. Thursdays, Fridays, and Saturdays and 2:15 p.m. Sundays from August 20 through September 27 at the nonprofit theater, 4003 FM 2147 West in Cottonwood Shores.

The theater will not have performances on September 3-6.

The comedy follows strangers drawn together by fate — and an impromptu happy hour — who decide it’s high time to reclaim their enthusiasm for life. Over six months, and through hilarious misadventures, these middle-aged women successfully bond and find the confidence to jumpstart their new lives. Together, they discover lasting friendships and a renewed determination to live in the moment and, most important, realize it’s never too late to make new old friends. Tickets go on sale to the general public on August 13. HCCT season subscribers may make reservations starting August 10.

For more information, visit thehcct.org or call 830-798-8944. Tickets must be purchased over the phone.

Happy STEM-Giving at the Science Mill